Why Pakistan is Obsessed with Turkish series ‘Ertugrul’

‘Ertugrul’ (2014-2019) is a fine illustration that reflects the cradle of civilisation. We explore the popularity of the series in Pakistan.

“It was as if I was visiting Turkey all over again.”

The TRT 1 original release Ertugrul (2014-2019) depicts the centre of the world’s history.

The mammoth historical fiction series spread over five seasons, consisting of 448 episodes has also had a phenomenal run on Netflix.

The series is a stepping stone towards the world’s long-lasting and mightiest dynasties.

It has earned a remarkable response from Pakistan particularly after screening on state broadcaster PTV Home.

It has achieved success because there were no such shows that portray Muslim history and the efforts to lay down a foundation for the Muslim Empire.

The Prime Minister of Pakistan, Imran Khan, himself has previously advised the nation to watch it.

He believes that it will not only aid in countering false perceptions of Islam but also Islamophobia in the western world.

“Muslims should be given a dedicated media presence.” 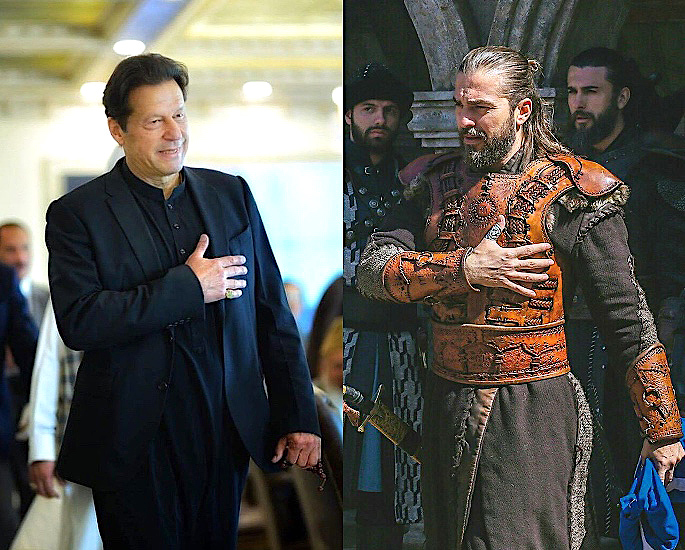 The show is mainly based upon the heroes of Islamic history. Hence, the majority of the population in Pakistan enjoy watching it. This is because they can relate to it in multiple ways.

“Ertugrul just renewed my enthusiasm for witnessing the Muslim grandeur once again.”

Here are a few reasons why everyone should give this show a chance. 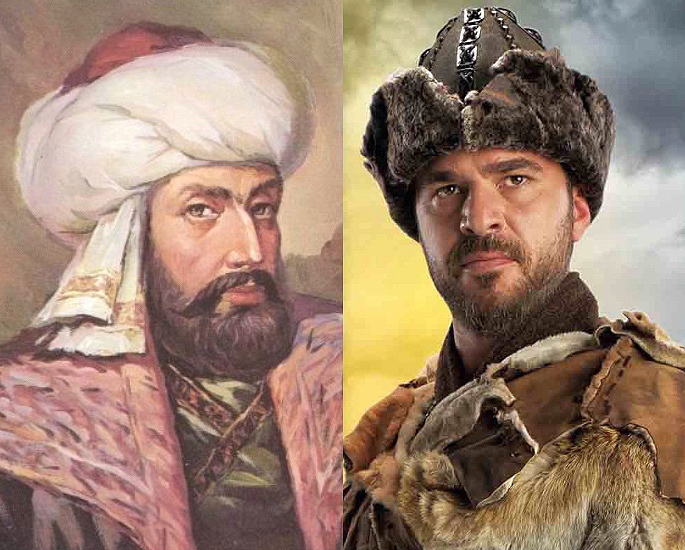 Ertugrul revolves around the tales of Muslim Oghuz Turks, fights against invaders,
the Byzantine Empire and Anatolia (modern-day Turkey).

The series highlights the struggles that Muslims had to face and the many legends in history, which we may have only read about.

Ertugrul Ghazi, in Turkish history, is a valiant warrior and Kayi Tribe leader of Oghuz Turks who fought to establish law and peace.

His character is a symbol of strength and loyalty for his tribe. His character develops under the influence of this father, Suleman Shah, the chief of the tribe.

The strong faith of Ertugrul helps him move forward to make peace by establishing a system of justice.

He is also famous as the father of Usman, the founder of the Ottoman Empire.

Thus, Ertugrul Ghazi is an Islamic hero. This show has given Pakistanis at home and around the world a chance to witness him on screen. 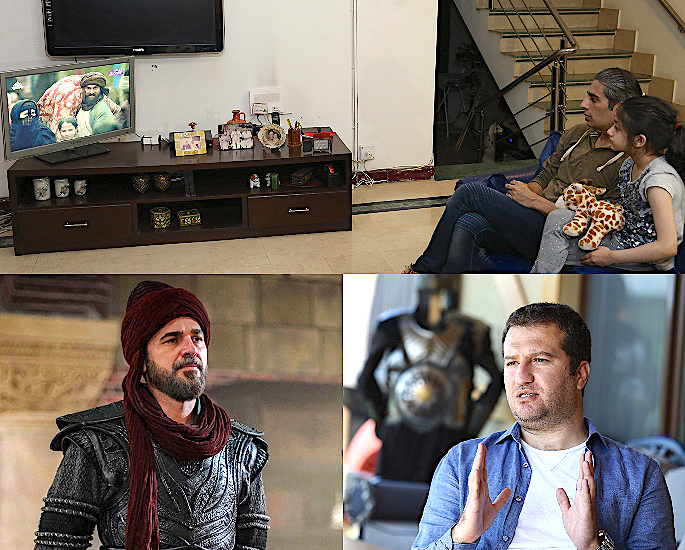 The character of Ertugrul is an example of virtue and boldness.

His untiring efforts of uniting the Muslims against invaders and dealing with dirty politics within tribal affairs are very important.

Historically, the series dwells on the lack of unity amongst Muslims. He continuously emphasises on the fact that a united Muslim front can defeat enemies.

Resurrection Ertugrul is a representation of morals, which includes all basic obligations, mercy, as well as fair dealings with people from different faiths.

The show also reflects values like tolerance, faith and mutual respect, which refreshes belief and overall influences the emotions of viewers in a positive manner.

Unlike most shows, the lack of lurid scenes in Ertugrul is also a plus point. This makes it a family show, targeting any age group, particularly in Pakistan.

According to the producer, Mehmet Bozdag, the series reinforces the close ties of the two nations:

“Even if Turkey and Pakistan have separate borders, the souls are of one nation.”

Whilst there are several versions available, audiences can also watch it in Urdu, the national language of Pakistan.

However, most Pakistanis prefer watching it in Turkish with English subtitles for authenticity purposes and perhaps to learn the basics of the beautiful language. 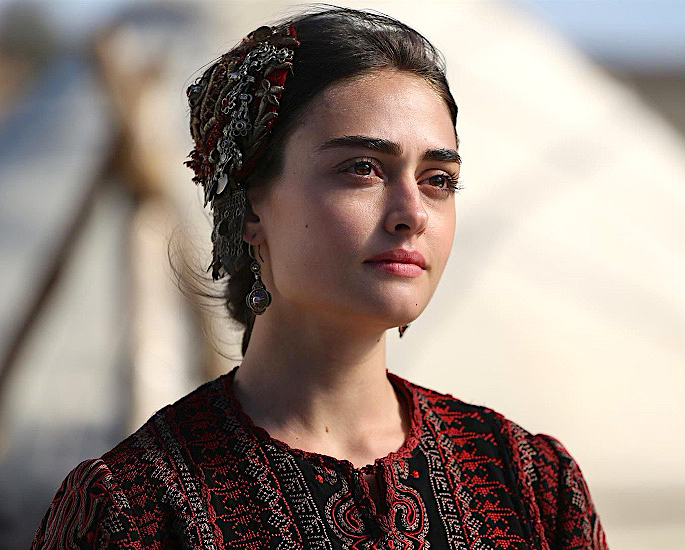 In some Pakistani dramas, women are a subject of weakness and usually become part of petty domestic issues. These normally become subjects for discussion.

However, the leading Muslim women in Ertugrul are independent members of the state.

They are strong and often take on the role of chieftains. They also have the knowledge to fight with swords and daggers.

Frequent comparisons of these women are made with powerful females from the Game of Thrones (2011).

Therefore, portraying women with power and strength has gone well with Pakistani viewers. They believe that local dramas are falsely depicting women in Pakistan.

Moreover, women in the empire do not marry a certain man chosen for them only to please someone else even if it is a Sultan.

Pakistan is a developing country, but there are still a few areas where similar practices take place in the name of culture.

The show encompasses an accurate portrayal of Muslim values, which is why viewers are appreciating it.

Marium Khalid, a Pakistani activist, believes that it is “extremely important to promote such shows for awareness.” 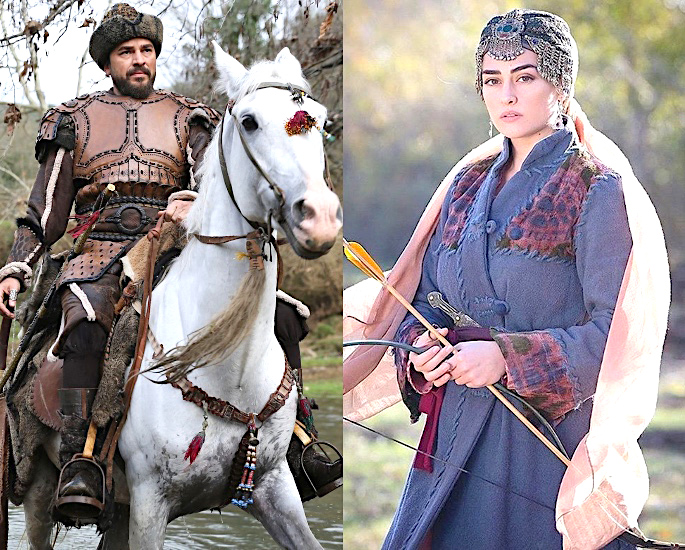 If there is one thing that catches the eye of a Pakistani, it is the quality of the series and its originality.

There is some spark about wars and politics, which also appeals to the audience. Ertugrul has a unique genre, in comparison to the usual shows in Pakistan.

It is not just the history and cultural values that Ertugrul promotes but the way it touches viewers on an emotional level.

Ertugrul starts with a catchy title track, which is just the beginning. It leaves the viewers craving for more.

It is composed using the Rubab (a lute-like instrument) and violin. According to some viewers, the composition reminds them of classical Arabian music.

The melodious sound has made its way into fans playlists too.

It is not your everyday music because it gives a very traditional touch to the show.

Moreover, Turkey has taken advantage of its beauty. The breath-taking views from historical sites and landscapes make it worth the watch.

The pristine scenery, sound of the crystal clear water and the rides of the majestic horses give the show an aesthetic appeal as a whole.

Ali Nouman, a Pakistani viewer, shared how he felt nostalgic after watching the show.

“It was as if I was visiting Turkey all over again.”

Further, a team of professionals were hired from Kazakhstan for horse riding, sword fighting and archery training for the warriors. This definitely adds realism to the show.

Every scene of the play is greatly reflected by its music and setting, which intensifies the audience experience. 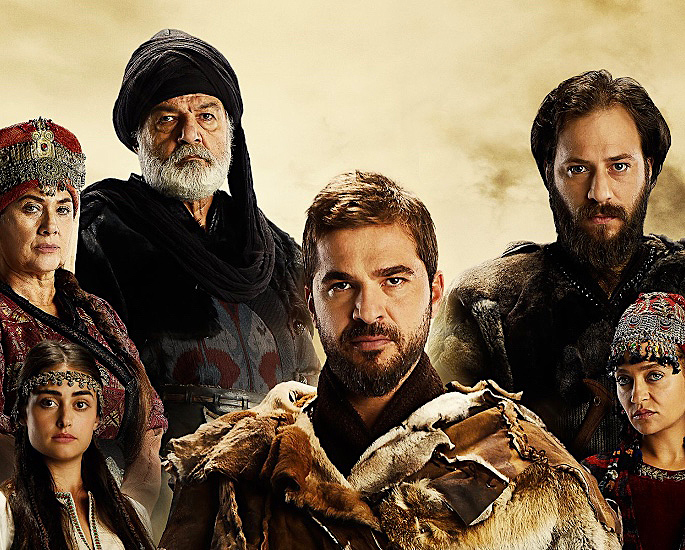 The series is a complete embodiment of courage, faith, honour and dignity. The characters have a great role to play in this.

Starting with the beloved Ertugrul Ghazi, a worthy hero who does not give up in any situation.

He is fearless, showing a sign of bravery, despite all the obstacles he has to face.

His father, Suleman Shah, the bay of the tribe, is considered to be the wisest character in the show.

He is extremely forgiving; a trait everyone must look up to. His wisdom in the show continues to surprise the viewers. It also reflects in Ertugrul’s, personality.

Ertugrul’s mother Hayme Ana is a strong female character. She is a powerful leader as well as a supporting wife.

She is able to see through many people, even more than her husband, Suleman. Hayme takes the place of her husband in his absence and guides the tribe when required.

In addition, the miraculous appearance of Ibn Arabi during unanticipated times is a reminder to revert to the creator under times of need.

The show portrays many other strong, and positive characters like the beloved Halima Sultan, wife of Ertugrul Ghazi and Deli Dameer to name a few.

Pakistani audiences are in awe of all the characters who have done justice to their roles.

Ayesha Abbas, who has been hooked to the show since the start, highly acknowledges the characters and the roles they play:

“Each character has their own story and a lesson for us all.” 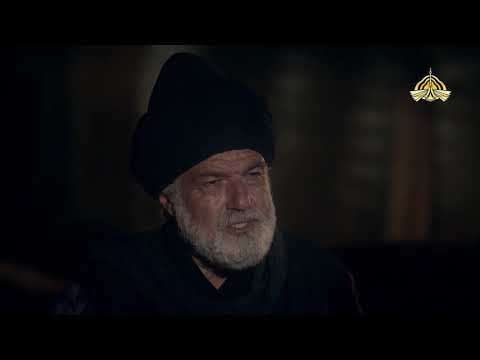 Viewers have cherished Ertugrul since it went on air because it is an all-in-one show.

The popularity graph of the series has surpassed records of previously aired shows in Pakistan.

Pakistani fans of Ertugrul are expecting similar thought-provoking shows in the future.

Maarij is an Electrical Engineering student who is passionate about English literature and writing. Her obsession with art and culture allows her to explore various themes through different perspectives. She believes 'limits exist only in the mind'.
Amitabh reacts to Woman asking Him to Donate ‘Extra Wealth’
Rhea Chakraborty accused Sushant’s Sister of Molesting Her