Are Freshies a problem for the UK?

‘Freshies’ are individuals coming to the UK from the Subcontinent on a specific stay status or illegally We debate if they are a problem.

"I feel for these people but unfortunately it is illegal"

With the recent news regarding Garry Sandhu, the Bhangra singer being arrested for out-staying his legal right to remain in the UK, the whole issue of ‘freshies’ has landed in the limelight.

The term ‘freshy’ ‘freshie’ or ‘freshies’ has made its way into British Asian language with reference to individuals coming to the United Kingdom ‘fresh of the boat’ from the Subcontinent.

They arrive from countries such as India, Pakistan and Bangladesh, either legally or in many cases, illegally, due to them not having legal documents or overstaying their visas.

The term applies both to men and women but is commonly applied to the men.

Majority of them are men with very limited English language skills but with a strong determination to work hard whichever way they can to keep themselves afloat in the UK.

However, this work ethic is not recognised as one which endorses their stay in the UK beyond their original stay status, which in turn makes them illegal immigrants.

The rules are very clear from the UK Border Agency on this issue and many try to flout these rules.

Most of these men end up working in restaurants, garment factories, the building trade and any other area which needs manual labour workers.

They tend to work in ‘back street’ environments where they are hiding their identities or keeping out of the public eye, especially, if they are here illegally.

Usually, their employers are of the same or similar nationality and there are stories of many ‘freshies’ being treated badly and paid very little by such employers.

Primarily, because it is ‘cheap labour’ and the employers know that these guys need work to survive.

It is common for so-called ‘freshies’ to live close or in the same houses on rent. A typical dwelling will be supporting up to 8-10 men, if not more, who work in varied kinds of employment.

Most of them learn to survive very quickly. Learning to cook, wash clothes, iron and become domesticated to help themselves. 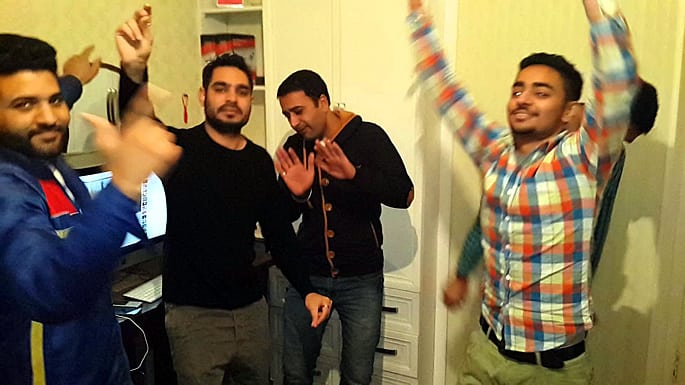 Usually, it is a matter of teamwork within such households. They are also known to move addresses frequently, especially, if they are staying here illegally.

Many of these men end up being indebted to relatives and friends who have given them support during very difficult times, and even agree to arranged marriages just to stay in the country.

However, more and more of these marriages are breaking down due to British born Asian girls not having much in common with many of these men.

Most can tend to still have very backward mentalities or the men end-up becoming the sub-ordinate in the relationship and are literally forced to provide income and support the woman in every which way she wants without having much say in the relationship, especially, if the man has legality issues from the past.

Many question the reason for them coming to the UK, if they are going to suffer such hardship?

Well, in poor areas of India, where going to another country like the UK is a golden dream, these men will go through anything to make their journey.

In India, especially the Punjab, there is a common practice of consulting ‘agents’ who organise their trips to the UK by taking large sums of money from them in return. Often, producing travel and stay documents, including fraudulent passports as part of their service.

One of the common reasons for ‘freshies’ coming to the UK is to earn money and send back to their families in South Asia, who are usually from a very poor background.

Naturally, doing this legally is of no consequence but those doing it illegally do tend to think they will not be caught.

Many older generations of South Asians living in the UK would say that this is nothing new and a lot of them came into the country by the ‘black’ (terms used to enter the country illegally) way and have worked hard to settle here without relying on the Government. 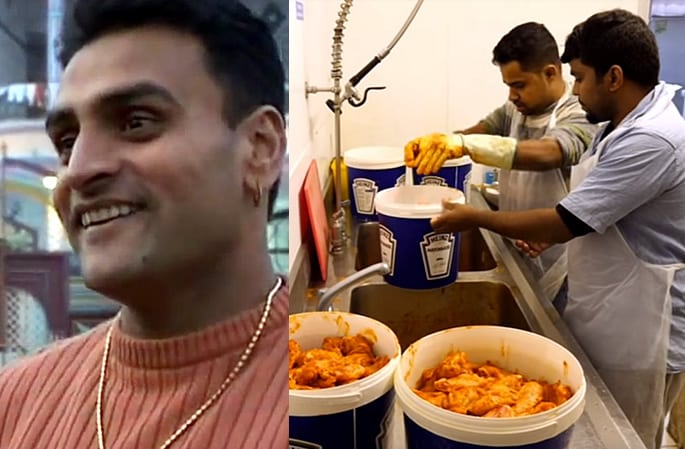 However, this does not stack up when it comes to the law many would argue, especially related to today’s ‘freshies’ and working hard does not give them a right to stay illegally.

Reaction to the Garry Sandhu arrest definitely fired up the debate amongst British Asians.

Especially, because he recorded as a song called ‘Fresh’ which is about a ‘freshie’ leaving his wife and kids stranded and the fact that he is a proud of being a ‘freshie’ himself. 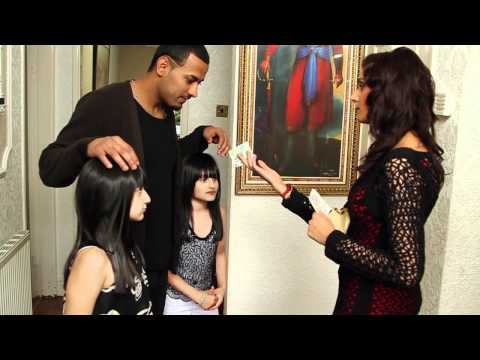 Here are some of the comments DESIblitz.com recieved from readers of our coverage of the Garry Sandhu story.

“There’s a hell of a lot of freshies in this country, thing is a lot of them work really hard and are only trying to better their family lives. I feel for these people but unfortunately, it is illegal. It’s just a shame that there’s so many useless people born in this country that just sponge off the government with their council houses n jobseekers. These poor freshies go through hell, live in appalling conditions just to try and give their family a better life in India.”

“no we dont worry that freshies will come here and take over our country as it will never happen, our government hates them and doesnt even give freshies visa’s to come here so them taking over our country is highly unlikely! Freshies love UK they just cant stay away, even come here illegally when they arent wanted here. ALL freshies should be sent back to whatever pind they come from, we dont want them here. DEPORT ALL THE FRESHIES.”

“I understand Gary broke the law, and justice should always be served in spite of how sad it is.. that’s what keeps the country going. However, no reason to hate on freshies, or people here illegally.. all this hatred for what or for who? People trying to make a pound or two for their poor family back home? Shame on you.”

“He is a good singer and i agree,the law is the law however i HATE UK immigration agency as i have an offy and am born n bred in the Uk but immigration came to my business thinking i was employing illegal immigrants. My husband is from india but is now a british citizen but UK border were so harsh the way they initially spoke to me. It was obvious how they felt about non white ppl.”

“The law is the law and is there for all to abide. Yes he’s a good singer, yes he’s talented, yes it’s a shame.. But those 3 facts if you like to call them do not make you above the law. It was going to happen sooner or later, guess it’s his own fault he flouted the law, just because he’s a singer doesn’t make him any better than the illegal Pakistani/Bengali/chinese working in restaurants all hours under the sun and in hiding from the public eye all to send a few bucks home.”

The comments show that there is quite a divide amongst opinions and feeling about ‘freshies’ and their status in the UK. Clearly, some feel they are a problem to the UK and should not be here and deported, whilst others are in support of the despite their illegal status – something which makes them above the law?

There are no specific statistics on how many ‘freshies’ are here in the country and for that matter how many are illegal.

But it’s becoming more evident that the law is getting tougher on them and with immigration being a major subject for the British Government, more tougher penalties and rules are bound to follow, including for employers of illegal immigrants.

The UK Border Agency are clear on this and say: “It is the legal responsibility of all businesses to check their employees have the right to work in the UK.”

So, should ‘freshies’ be allowed to be part of the British Asian society without any prejudice or are they a problem for the UK?

Prem has a rich interest in social sciences and culture. He enjoys reading and writing about issues affecting his and future generations. His motto is 'Television is chewing gum for the eyes' by Frank Lloyd Wright.
Forced Marriages to be criminalised
Over 470 UK Colleges ban Foreign Students