Alia Bhatt is on a promotion spree for her upcoming movie Dear Zindagi. She made a special appearance on popular dance show Jhalak Dikhhla Jaa.

This week was no different as celebrity contestant, Salman Yusuff Khan, floored everyone with his belly dancing moves, whilst performing to the peppy number ‘Afghan Jalebi’.

Among the many present for Salman’s stupendous performance was Dear Zindagi actor, the petite Alia Bhatt, who was a special guest on the reality TV show.

While the judges of Jhalak Dikhhla Jaa, Bollywood directors, Karan Johar and Farah Khan showered Salman with praises, Alia went on stage and asked the talented dancer, to teach her some of his belly dance moves.

Another judge, the gorgeous Bollywood actor, Jacqueline Fernandez, asked Salman for his special tutoring in the sensuous dance form.

Salman Yusuff Khan then schooled both the ladies on the intricacies of belly dancing. 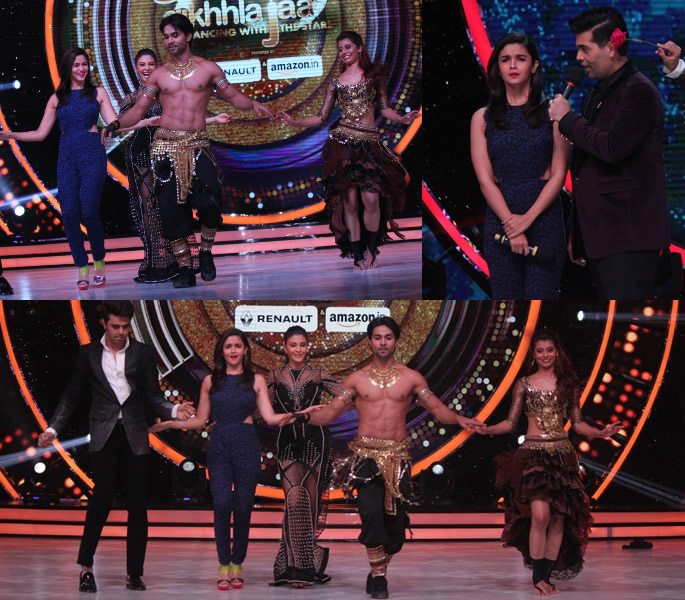 In fact, the funny and witty host of Jhalak, Manish Paul, also tried his hand at belly dancing but failed miserably.

Alia went down memory lane after watching Jhalak’s celebrity child contestant, Swasti Nitya’s performance to the song ‘Radha’ from Student of The Year.

Alia revealed that the song was the first time she had ever faced the camera and Karan further elaborated that it was Farah who had choreographed the young heroine during her debut film.

Karan stated Alia was unable to get the steps right and even twisted her ankle while performing some of the twirls required for the fun dance number.

The audiences also learnt that after having a bad first day on the sets of Student of The Year, Alia was in for a huge surprise when her now co-star of Dear Zindagi, Bollywood superstar, Shahrukh Khan, dropped in on the sets to instil some zeal into her. 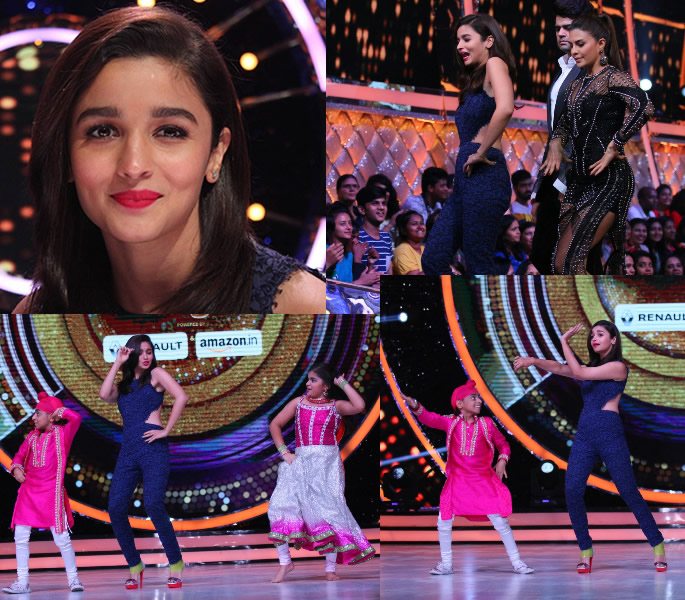 Seeing Shah made Alia feel not only excited but also a little embarrassed, but it was SRK’s words of encouragement, that cemented Alia’s belief in her decision of becoming an actor

Who could have pegged that after all these years, Alia would share screen space with King Khan, her motivator, with him being a guide to Alia’s character, Kaira, in the soon to be released and much-awaited comedy drama of the year 2016, Dear Zindagi, in which Shahrukh Khan plays the role of Jahangir Khan.

The film is directed by Gauri Shinde, under the banners Red Chillies Entertainments and Dharma Productions.