If you ever need fitness inspiration, just look towards Jacqueline!

Jacqueline Fernandez sizzled on screen with her pole dancing routine in A Gentleman. Now, she’s taught Varun Dhawan a couple of tricks!

With pictures now emerged on their social media, they have turned into viral hits.

The stars, along with instructor Roksolana Chubenko, partook in pole dancing, where Jacqueline mentored Varun on some poses. For a beginner, the actor looked amazing as he showed good balance in the exercise.

Using his arm and feet for support, he holds himself in a pose, with both arms stretched out.

While he goes through different moves, Jacqueline cheers him on with a huge smile. Clearly impressed with her friend’s initial skills. 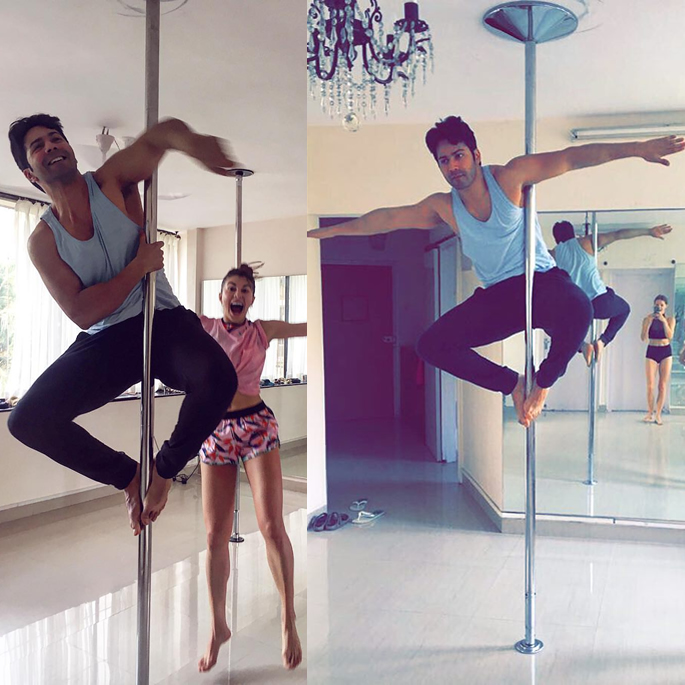 Jacqueline is the ideal starlet to help Varun out with pole dancing. Back in July 2017, she tantalised fans with a sexy performance. Gearing up for her role in A Gentleman, she gave them a sneak peek of her role in the movie.

The trio finished their workout with a mirror selfie.

While Varun showed off his yoga skills, Jacqueline took the spotlight by lifting her leg onto the pole. Her jaw-dropping flexibility takes our breath away! What an impressive way of doing the splits. 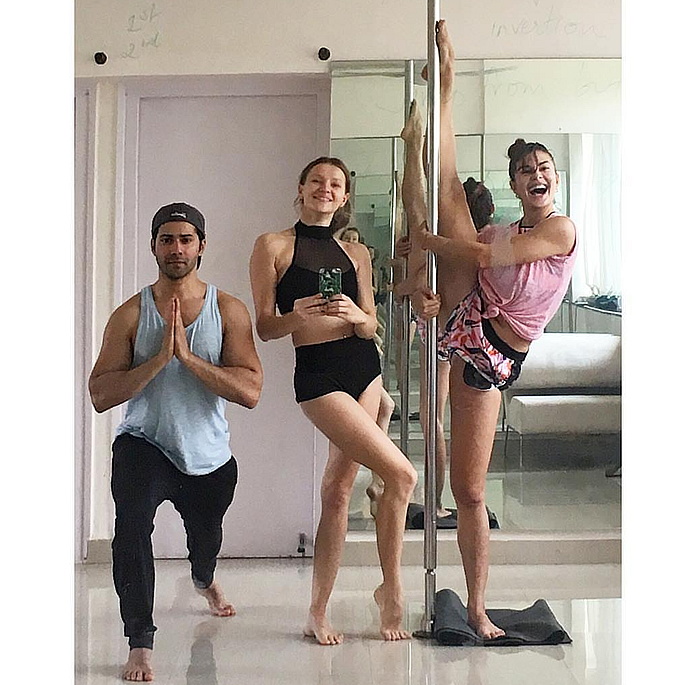 On Instagram, Varun revealed his gratitude to both Jacqueline and Roksolana for their support. He said: “Really helps build up core fitness and flexibility. You gotta keep mixing it up!”

Jacqueline also shared an inventive photo of her skills on 19th November. Feeling creative, she added a yoga-inspired spin; recreating one of the exercises’ famous asanas (poses) and naming it as “Yogini”.

Sitting upright, she balances herself perfectly with crisscrossed legs. With her posture correct, she doesn’t need to place her hands on the pole. Instead, she stretches her arms out and holds them in another yoga pose.

The actress looks captivating as she wears a Calvin Klein sports bra and grey shorts as her gym wear. With her chestnut hair tied into a long ponytail, she concentrates by gazing down at the floor. 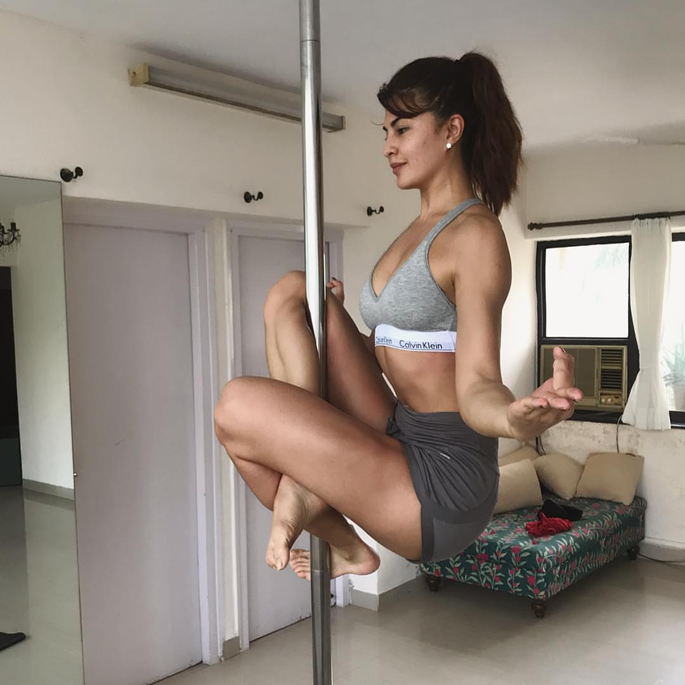 If you ever need fitness inspiration, just look towards Jacqueline! While she may not constantly update her social media with regular workouts, it’s clear to see that she dedicates her time to exercise.

Indeed, through her workout with Varun, she’s keen to pass on her skills to other Bollywood stars. In particular, she and the actor have grown close since appearing in Judwaa 2; forming a great friendship.

Perhaps then, she will mentor him in future pole dancing lessons? With these impressive photos, they’re sure to inspire anyone to take it up themselves!