Colleges and higher education establishments in Britain have come under major government scrutiny having their licences revoked after investigations from the UK Border Agency. Many of these colleges now banned acted as front for foreign students to come to the UK with student visas but not really to study but work and live here.

The British Government has commenced its crackdown on UK colleges that do not meet the standards to provide courses for foreign students and who abuse the immigration system. More that 470 colleges have had their licences revoked, including a number in London.

Many of them failed miserably to show evidence of the basics required to even be called a college. This included no formal records of student attendance, lists of current students, timetable of classes and how qualifications were checked. 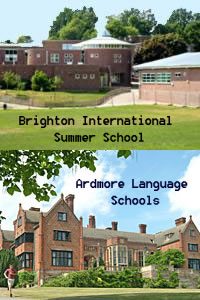 Many of these colleges failed to sign up for the new Home Office inspection system and were safe havens for students coming in from non-EU countries on student visas with no real intent to study but to stay in the UK, find work and bring over family members or send money back home. Many of these colleges rather than providing an education were offering an immigration service, according to the government’s Immigration minister Damian Green.

It’s likely that a lot of these colleges had connections in the subcontinent with whom they arranged and organised methods to get these so called ‘students’ into the UK.

There have been stories from students from India saying they have been charged a lot of money by ‘agents’ who guaranteed them courses in the UK but when they got here some of these colleges did not even have any teaching staff or we just a building with a lock on the door. 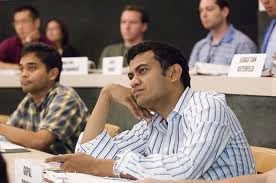 David Cameron, the British Prime Minister announced changes to the foreign student system at the Conservative Party Conference earlier this year. In his speech he said:

“Our education exports are worth more than £14 billion a year. So international students, postgraduates and researchers bring tremendous economic benefits to this country.”

“And they make an enormous contribution to the intellectual vibrancy and diversity of our educational institutions. But when it comes to bogus colleges and bogus students we have to be equally clear: they have no place in our country.”

The private colleges and educational facilities are now being checked with more in-depth inspections due to the huge immigration abuse. Mr Cameron said:

“In June last year in New Delhi, for example, more than a third of student applications verified by the visa section were found to contain forged documents.”

“Private colleges now have to face far more rigorous checks on the quality of their education provision before they can sponsor international students,” he added. 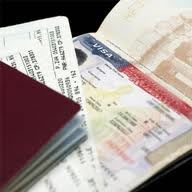 The Prime Minister made it clear that the focus on cleaning up such illegal immigration will be meaningful and essential. He said: “Since May 2010 the UK Border Agency has revoked the licences of 97 education providers. A further 36 currently have their licences suspended. And 340 institutions will be prevented from bringing in new non-EU students after failing to apply to the relevant bodies who will oversee the quality and standards of education providers.”

The British government is fully aware of the intents of many of these so called ‘students’ Mr Cameron said: “Not only have there been bogus and low quality students, coming to bogus and low quality colleges, there have been a huge number of people bringing dependants under the pretext of studying.”

“Some people in the past used the student visa route simply so that their spouses or families could come and work in the UK. But there are now clear restrictions for all students on working and bringing dependents.” 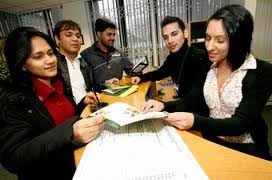 The UK Border Agency reported that a sharp spike in student visa applications from South Asia just before the English language requirement rules were tightened prompted an investigation into 119 colleges.

Such illegal activities mar the prospects of real students who really want to study in the UK. They make it harder and tougher for genuine students from India, Pakistan, Bangladesh and Sri Lanka to study in a country full of educational heritage.

The Chief Executive of Universities UK, Nicola Dandridge, said: “Beyond the substance of these arrangements, it is essential that the government considers the way in which the rules are communicated externally. It’s important that the UK appears ‘open for business’ to those individuals who are genuinely committed to coming to the UK to study at one of our highly-regarded universities.”

The Prime Minister was clear on the objective of the crackdown and said: “And we will continue to ensure that the foreign students coming in will be genuine high quality students who we really want and who can make a meaningful contribution to our economy.”

The biggest challenge now will be for international students to prove themselves as real and viable candidates wishing to enter the UK for study and for the UK government to ensure the reputation British education is upheld to the standard that it is known for world-wide.

Priya adores anything to do with cultural change and social psychology. She loves to read and listen to chilled music to relax. A romantic at heart she lives by the motto 'If you want to be loved, be lovable.'
Are Freshies a problem for the UK?
Is Marrying Abroad Worth it Anymore?