Is Marrying Abroad Worth it Anymore?

With so many cases of marriages between British Asians and spouses from South Asia ending up in divorce. We look at if marrying abroad is worth it anymore.

"I don't love her and we have completely different tastes"

Again and again, we are seeing and hearing stories about marriage breakdown and divorce within the British Asian communities in the UK. One area where this is also becoming a growing trend is marrying abroad, where the spouse comes over from a South Asian country like India, Pakistan or Bangladesh.

At one time, these were seen as ‘safe’ marriages by families who believed that a girl, especially from the native countries, would be much more willing to accept the ways of the husband and the family here and be prepared to live in an extended family versus girls from the UK, who would not be so accommodating and would want independence.

But this changing, especially, in countries like India, where the boom of the economy and changes to lifestyle has made the girls and women savvier there as well.

We look at if a wedding abroad is what it was in the past and if it is changing to impact life in the UK.

Wife from Back Home 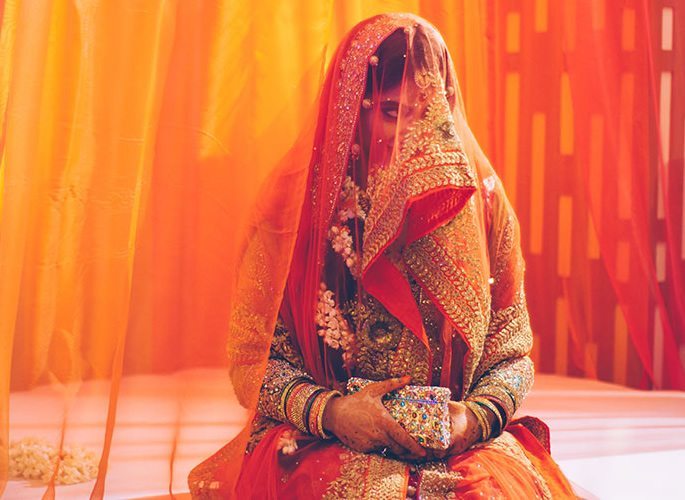 For many British Asian men this method of getting ‘a wife from back home’ is something they are happy doing after they have fulfilled whatever lifestyle choices in the UK first. For example, date women without the intention to marry and be faithful to their parents wish.

Many parents marry their son off especially to a girl from abroad to stop him ‘dating’ or continuing with a care-free lifestyle.Thinking that once he settles down he will take on the responsibility of a partner and a family.

But this does not always work in practice, where for example if the guy prefers non-Asian women, he may still proceed with such a marriage to fulfil his parents wish but still continue his affairs with women after marriage in an adulterous manner.

Also, there is the practice by greed driven families residing in the UK who get their sons married to brides from South Asia merely for a large dowry.

Generally, these involve the just-married bride staying back with her parents in wait for the husband to come back at a later date.

But the plan by the husband and his family in many cases is to never go back, thus, forcing the family of the woman to involve the courts, which leads to lengthy legal battles.

At the same time, there are many cases of British Asian women marrying men from abroad because of their desire for a partner, especially, after divorce.

In this case, men from aboard, especially, from India, are eager to come and settle in the UK, and therefore, are willing to accept marriage with a divorcee as the quick ‘route’ to moving country.

However, there are many cases where these men stay for a while in the marriage and once they are permanent residents, they either divorce or just leave; which may be the plan from the onset. 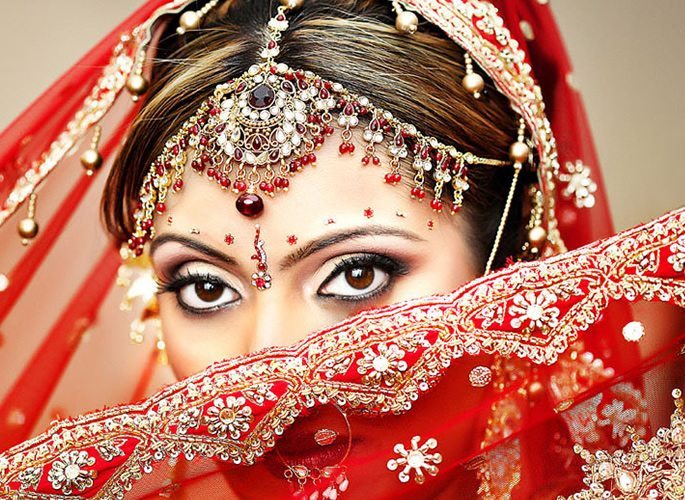 South Asian women from abroad too are also using a marriage abroad as a way to find a new life in the UK.

In some situations there are complete mismatches, where the girl from abroad is either from a very wealthy background or highly educated is matched with a British Asian man and family who are not of the same ilk but the girl is willing to accept the marriage because she sees it as a way to move abroad and once in the UK, she can plan her life out.

Where British Asian men face difficulties to find a wife in the UK due to their lack of social skills, looks, family character or status, often leads to them desperately looking for a wife abroad.

This results in examples of ending up with a wife that is willing to marry for the sake of using their passport.

Such as, where someone in the family knows of relatives abroad who have a girl eager to marry just to move country; finding someone on an Internet site with very little knowledge about her, or falling for the girl from abroad who looks completely innocent and simple – but in reality, she has her own agenda in life.

The latter is a trend which is becoming symbolic of the changes in attitude in South Asian women abroad.

Some women marrying abroad, especially from India, are coming over to the UK after passing all the matrimonial tests and requirements without the intention to stay in the marriage.

After some time they either divorce or leave their husband to live independently.

In many cases, the game plan of the woman includes them bringing over a ‘lover’ from back home, which is something sometimes already planned even before the marriage.

Leaving the British Asian man and his family in complete disarray and stumped.

Some of these types of women from abroad learn a lot about the country before coming to the UK. Once here, they work things out and suss out how and what they need to do to ensure they follow up their actual reasons for marrying and coming to the UK.

This can also include the practice of sham marriages and marriages of convenience too.

Stories of families being turned upside down by these kinds of marriages, theft of belongings, all the wedding gold being kept, property hijacking, adultery within the family, money transfers back home to the family, the spouses from abroad finding new partners here, and arrest and convictions of innocent partners are all aspects of this unfortunate marital trend.

For many British Asian families, there is a major problem on how to adapt to the new changes in South Asian lifestyle.

Because most families came from India, Pakistan and Bangladesh to the UK when these countries and the people there were very behind the West and were not developed, like today.

Therefore, they came with a snapshot and lived by the cultural ways from that time onwards. Bringing up their families in the UK with the same kind of values whilst mixing in some British culture.

But today, especially in India, where the country had advanced dramatically, those ‘old’ ways are long forgotten, leaving people from the South Asian communities in the UK somewhat bewildered, confused and with a sense of non-belonging.

This is impacting marriage from abroad too because no longer are the old traditional ways and values being followed by girls and boys abroad. They too are more ‘Westernised’ today due to the globalisation, buoyant economies and advent of technology.

Thus, a family marrying their son to a girl from abroad, for example, may not reap the rewards or benefits they thought they might when planning such a union, and the same applies for individuals.

A Marriage of its Kind 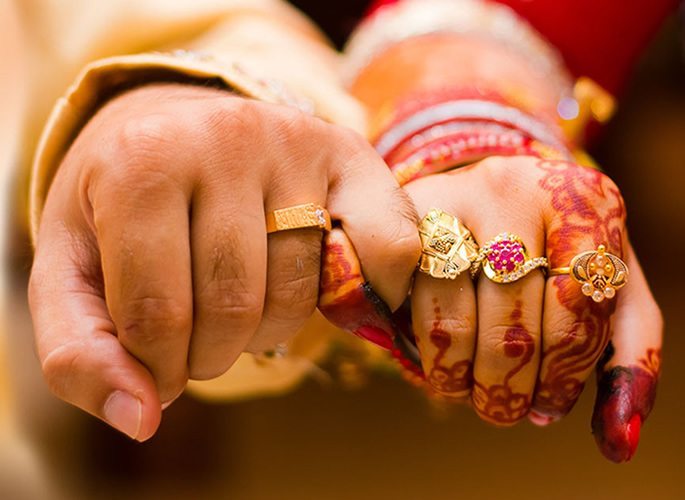 Of course, this does not mean that every marriage of this kind is a failure but the alarming rate of break-ups is something not difficult to ignore.

Marrying someone from abroad is more synonymous to an arranged marriage than a love marriage unless you know the person very well and have met them a number of times.

Using technology today does make it easier to communicate e.g. smartphones, apps, text, chat, social media etc. But this does not replace seeing a person for real on dates. Also, if it is a girl it is not always possible to communicate with her abroad due to family restrictions or her reservation to avoid too much communication.

Cultural and status differences still play a role too.

Just because the woman and man are of the same background but not country, it does not mean the marriage will automatically work. Lifestyle, social status and personal interests are not always the same.

“When in India life was free and more fun. Getting married and coming to the UK was like going back in time. People stay in all the time and their life revolves around work.”

The social life in the UK did not suit Kamal and says:

“In India, the social life is a big part of life. We go out passionately in India. My husband was very boring, no fun and didn’t want to go out much. So, I decided I want my life back and left him.”

Raju Kullar married a girl from India and after 2 years of marriage, the experience was not what was expected. He says:

“She always compares me to everyone else and how I am not as good a husband than everyone else she knows. Her style of romance is also very village style with rules of how to be together. I always feel uncomfortable near her and could never enjoy her company… it was always strange to be next to her..”

Raju adds: “I don’t love her and we have completely different tastes.”

So, is marrying abroad worth it nowadays?

The answer to this obviously depends on individual preference, in many cases family choice and something perhaps seen as the only option for some people.

But it is is extremely evident that caution and time should be given to such a major decision in your life and by getting to know a person much more before rushing things could save you time, money and heartache; despite any family pressures or your desperation to be settled by a specific time or age.

Prem has a rich interest in social sciences and culture. He enjoys reading and writing about issues affecting his and future generations. His motto is 'Television is chewing gum for the eyes' by Frank Lloyd Wright.
Over 470 UK Colleges ban Foreign Students
How Outsourcing impacts British Asians