Outsourcing has become a standard part of Western business today. Where work is being transferred from locals to countries such as India and China. As with anything of this nature, there is a price to pay and the impact of this activity is being felt or valued by British Asians. So, is outsourcing good or bad for us?

Outsourcing is the term given to ‘obtain (goods or a service) from an outside supplier, especially, instead of an internal source’ and it is usually done to cut costs or meet a skills gap.

The practice of outsourcing has over the decades increased dramatically and there is hardly no one in the UK who has not experienced the outcome of this practice. Be it for example, speaking to operators in call centres abroad or loss of their job due to their company deciding to ‘down size’ and outsource their work.

The current economic climate in 2011-2012 has not drastically slowed down the trend of outsourcing, despite high unemployment in the UK. Many organisations have proceeded with large outsourcing contracts such as Friends Life insurance services signing a 15-year £1.4 billion deal with Diligenta an Indian ousourcing company; UK drug giant AstraZeneca dropping its deal with local IBM services and deciding to outsource to an IT agreement to Indian provider HCL and a growth in public sector deals too. 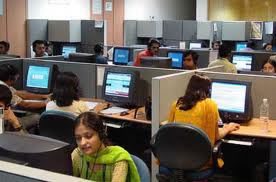 However, not everyone is happy about the growth in outsourcing activity, since it is not allowing home grown skills to develop and therefore, inhibiting people to get employment.

One notable example being, Birmingham City Council, who received major criticism, after revealing plans to outsource 100 IT jobs to India in a joint venture with Capita in June 2011. The backlash made the council do a U-turn after high unemployment levels in the city were highlighted. Such examples are acting as catalysts to use and retain local skills albeit it a small movement.

The impact of outsourcing is definitely affecting British Asians in many ways.

For British Asians, business is the common method of being your own boss. But with the demise of corner shops due to large supermarkets taking over and on-line shopping growing, the opportunities are not as buoyant as before. Therefore, in the case of new business ventures and good language skills, British Asians too are sub-contracting work to India and Asia to reduce costs, which can be argued as a positive impact. 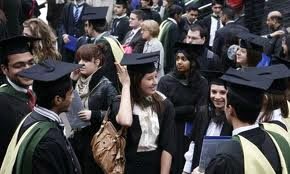 Clothes and jewellery designers tend to outsource to India and Pakistan for better cost/sale ratios, reducing the chances for the work to be done in the UK. Today, most of the garments are manufactured abroad and sold here by designer boutiques.

Call centre and customer service jobs are not so readily available and if they are, the salary is not competitive, again due to outsourcing. Leaving little choice for highly qualified graduates or experienced workers to end up in such work.

Media and creative work is being outsourced. For example, a Bhangra artist, DJ, producer or record label are making music videos in India not just for the location but for the cost savings and in many cases better quality for the price. As well as being a positive impact financially, it has a negative tilt too as it inhibits talented British Asian video directors and producers in the UK.

Support and administration jobs are also affected with work being outsourced in different time zones to increase productivity and enhance output. For example, NHS doctor’s notes are typed up and entered into computer systems in India during the UK night time.

There are many more examples of such impact on all areas of British Asian life, either providing major cost savings or making it difficult for job prospects for future generations and increasing the skills gap locally. 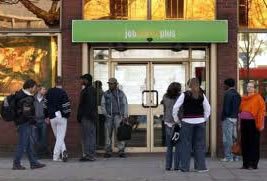 More and more sectors in the UK are considering outsourcing in one way or other but there are many companies looking at giving a boost to local skills. British Gas in May 2011 announced an investment of £2 million into an IT apprenticeship scheme supported by the UK government. This is to help the company develop more loyal IT skills in-house.

In the US, General Electric who were in fact one of the pioneers of outsourcing are moving back 1,1000 IT jobs back to the USA from India. Because the company says it lost a lot of the technical capabilities due to outsourcing.

Some companies are blaming the education curriculum in the UK especially for ICT (Information and Communications Technology), saying that it is ‘out of touch’ with the requirements of industry.

This issue of poor ICT skills was seconded by a report by Next Gen reviewing the state of the UK’s digital media and saying that ICT failed to inspire children to study programming. In 2012, the education secretary Michael Gove stated the ICT curriculum would be scrapped with a new scheme to encourage more computer programming and computer science. 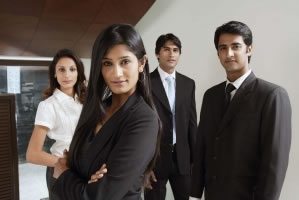 Countries such as India are prominent in offshore outsourcing especially in IT, taking many of the jobs that otherwise would be given to people in the UK and this raises the question of an interesting dilemma – UK British Asians are finding it hard to get such work due to the work being outsourced to Indians. So, is this practice acceptable to British Asians?

Here are reactions from some of you to this change in the UK.

British Asian, Masood aged 37, says:”It’s not fair on British Asians because so many people are jobless here whilst people there are earning good salaries now.”

Scottish born Jeena says: “We need jobs in the UK because we do not have crops and land to save us like the Indians do.”

“Well I think that its all right if its cheaper why not? Because people over here will do the same job for a lot more money.”

He adds: “But not all jobs, I think more professional ones should be kept within the UK for newer graduates.” 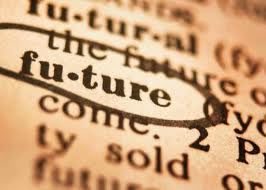 Asma Patel says “We UK residents are jobless whilst more and more jobs are being transferred to places like India. It’s not fair on us. This needs to change if we want to have a better future here.”

Zeb Khan a designer says: “in the UK manufacturing costs are very high. When you do the maths it is a no-brainer to see that outsourcing work abroad provides major costs savings, better productivity and in general great quality.”

Alisha Farrer an overseas model says: “It’s economically effective because they will work for cheaper and due to the socio-economic downturn of India it would be beneficial for the Indian people to be provided with more work, and employers can ensure there is efficiency as their work ethic will be quite good since they are working for UK.”

With UK private and public organisations under constant pressure to cut costs and increase productivity, the attraction of outsourcing will not diminish, if anything it will increase. And it is evident that skills gap is increasing in the UK due to this practice as more and more people are getting less opportunities to gain valuable experience and develop skills.

However, on the other hand, outsourcing is proving to being very fruitful for product and services production and delivery for businesses, allowing them to save costs and focus on their core business.

For British Asians, the impact is perhaps being felt most by the jobless, especially unemployed students and experienced professionals who have been made redundant due to outsourcing. Whereas, British Asian businesses see outsourcing in places like India, Pakistan and China, as a great way to help them improve their margins and profits. What’s your view on outsourcing?

Prem has a rich interest in social sciences and culture. He enjoys reading and writing about issues affecting his and future generations. His motto is 'Television is chewing gum for the eyes' by Frank Lloyd Wright.
Is Marrying Abroad Worth it Anymore?
Illegal immigrants living in UK Slums