Illegal Indian immigration in the UK has been exposed in a shocking investigation carried out by the BBC, the once fairytale dream of the UK with its streets paved of gold and illegals ‘loving it’ has now crumbled. The dream has been replaced with the harsh reality of unemployment, drugs and a ‘slumming it’ lifestyle for many illegal Indian immigrants.

"many illegal Indian immigrants burn or destroy their passports"

Hundreds of illegal Indian immigrants are reported to be living in slum like surroundings, amongst rats and rubbish in parts of Southall, West London or ‘Little India’ as it is known to the locals.

A recent BBC investigation has confirmed that many illegal Indian immigrants coming to the United Kingdom seeking a better way of life after paying thousands of pounds to agents who smuggle them into the country, often find them selves living in far worse conditions than the ones they left behind in India. The ‘sheds as beds’ issue is a growing problem in the UK turning areas into major slums. 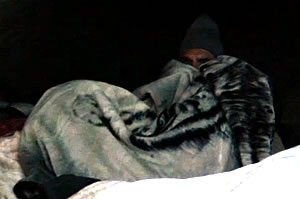 Large numbers of illegal Indian immigrants also known as ‘Faujis’ to the Asian community, often sell land or property in India to pay agent fees which can be as much as £90,000. Once they are here in the UK, many illegal Indian immigrants burn or destroy their passports and other identity documentation as instructed by the traffickers, which makes it harder for the authorities to deport them, if caught.

The economic downturn in the UK together with the crippling fines imposed on employers that employ illegal immigrants has significantly reduced the number of jobs open to illegals, which were mostly concentrated in the construction or catering trades.

High on drink and drugs, sleeping in large groups on the streets and under bridges without food, money or jobs; this is the kind of life these people are living when they come to the UK. The despair and hopelessness can be seen on their faces and in their actions.

The BBC spoke to some of the illegal immigrants living rough on the streets of London who told them they want to be deported to India but feel trapped here because they do not have any documentation, which means the authorities will not deport them quickly. It can take years in some cases.

Jaspal, 21, who’s been jailed for shoplifting and is now back on the streets with a heroin addiction told the BBC:

“I want to go back, they arrest me and I tell them ‘Send me back’, but they won’t – because I have no passport – even though I spent one year in prison.”

He then added: “I can’t sleep outside without drugs and I can’t turn to my family for help. They spent thousands sending me here. It will cause too much tension.” 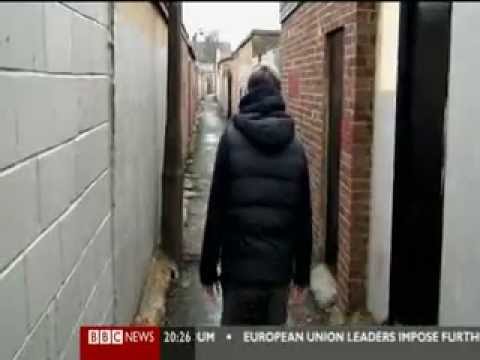 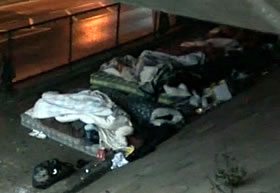 The shame of informing families back in India of the squalid conditions that they now live in has meant that many illegals have not been in contact with loved ones for months or even years.

In desperation, many illegal Indians rely on the free food provided by local Gurdwaras to survive and a charity organisation called Sikh Welfare Awareness Team (SWAT) has come to the rescue and provided free food and clothing to the needy.

It seems as though the only people benefiting here are the traffickers and rouge landlords, who are making money from the misery of hundreds. Another illegal immigrant, Jandeep, angrily told the BBC:

“Our people who are here legally, permanent residents, who’ve made homes here, they’ve paid for their houses because of us. Their mortgages are paid because they charge a high rent. Everyone who lives here is Punjabi.” 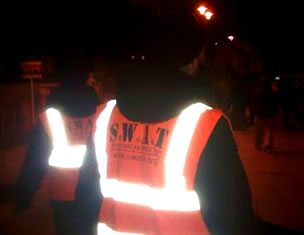 It has been estimated that there are around 10,000 concealed sheds and garages used to home illegal immigrants in and around London from which greedy landlords charge extortionate prices to illegal immigrants.

However, this problem is not only happening in London. Other cities like Birmingham, Leicester and Manchester also have similar cases, where illegal immigrants are being exploited. Councils are showing a lot of concern and are keen to crack down on unscrupulous Asian landlords taking advantage of illegals.

In the 1960s and 1970’s India was a developing country and one of the worlds poorest at the same time. Huge numbers of Indian immigrants, mainly men, came to the UK during this time to work with a view to return back to their homeland after they made enough money to go back to their families. However, after working hard many ended up settling in the UK, bringing wives over and subsequently, having generations of British Asian families.

Today, India is one of the fastest growing countries in the world with far greater opportunities and prospects than ever before. With this in mind why do you think illegal immigration from India is so high? Should Indians concentrate on what they already have in India instead of looking for a better life here in the UK?

As part of the senior DESIblitz team, Indi is responsible for management and advertising. He especially loves producing stories with special video and photography features. His life motto is 'no pain, no gain...'
How Outsourcing impacts British Asians
Kamel Hothi ~ a True Banking Success