DESIblitz caught up with Kamel Hothi to talk about the role culture played in shaping her life and how she fought against the stereotype of Asian women to become a success within a male-dominated corporate world.

Kamel Hothi, Niche Markets Director at Lloyds Banking Group, is one of today’s most inspirational role models for British Asian women. DESIblitz looks at her life and her rising success after becoming Lloyds TSB Bank’s first Female Asian bank manager during a time when race and gender was a major issue.

After migrating from India aged 6, Kamel was the youngest of six children brought up in Slough. Her dad came to England in the 60s, as did many other immigrants called over for labour, without a penny in his pocket and not speaking a word of English.

Cultural differences made life not easy for her and her family including her three brothers who wore turbans and were often bullied at school for their appearance.

It got to the point where Kamel’s father couldn’t take it anymore and decided to take them to the barber’s to cut their hair. This came as a shock for her mother because she was so proud of her brothers’ hair, it represented their identity as Sikhs. 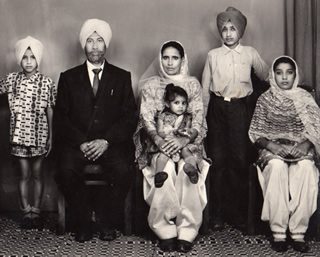 “I think it was a very cold awakening that it wasn’t going to be easy here and the first eye-opener for me and my family of how hard we’d have to work in order to be accepted and that has stayed with me ever since.”

During the 1960s and 70s British people didn’t understand the differences in culture and with the uprising of the National Front racism was prominent.

Kamel was the only one of her siblings to be educated through the western system. She recalls how she’d get bullied at school for not being able to speak English and feeling alone on the playground.

When it came to a career the only prospect for Asian women was to work in a factory or to become a traditional housewife.

However that didn’t appeal to Kamel, she had hopes of becoming a doctor or paediatrician as she loved children.

Women found it hard to fight against this stereotype and injustice as men were the main bread winners and old traditions were hard to overcome. However, today this is arguable thanks to equality and human rights.

Reality sat in when Kamel told her dad she wanted to go to university which meant living away from the family. This was a ‘no-go area’ in the Asian community and her father had to decline her request as he felt her only path should be an arranged marriage as soon as her education was complete. 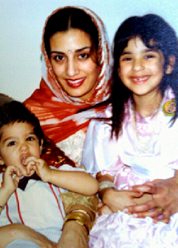 It was Kamel’s older brother who gave her the courage and support to apply for jobs as he didn’t want her working in a factory. She happened to apply to TSB (which later merged into Lloyds TSB bank) and out of 300 applications she got accepted.

So aged just 16 Kamel became a cashier at her local bank in Slough. This was her first milestone.

Kamel’s next milestone was her arranged marriage at 19.

Kamel admits her in-laws didn’t understand her career but she worked hard balancing her home and work life and kept them strictly separate as advised by her father-in-law who was a very wise man.

“As soon as I’d step in the door I’d put my salwaar-kameez on and go straight into the kitchen and get on with my daughter-in-law duties. I called it the Wonder-Woman act.”

After working as a cashier for almost ten years Kamel Hothi decided to take her banking exams. Once her in-laws would go to sleep she’d eagerly get her books out and study. She was proud to have passed these which allowed her to be promoted.

Remarkably, this led to Kamel becoming the first female Asian bank manager for Walton-On-Thames, a predominantly white area. This achievement in itself became another of Kamel’s milestones.

As she progressed slowly up the career ladder, Kamel Hothi soon appreciated how much cultural differences impacted her daily work. She would see her colleagues getting promotions even though she’d produce the same results and work twice as hard and could not understand why.

As an Asian woman Kamel was brought up to respect her elders and to be softly spoken. Whereas in the corporate world she’d be dealing with men with firm handshakes and strong eye contact. It wasn’t a matter of prejudice but a lack of understanding.

Realising this Kamel helped set up the Group Ethnic Minority Network to help mentor other colleagues in the bank so they could learn from the challenges she and others faced. She also designed her own cultural training course to educate her colleagues, businesses and employers on how to deal with Asian clients so they have a better understanding of cultural differences. 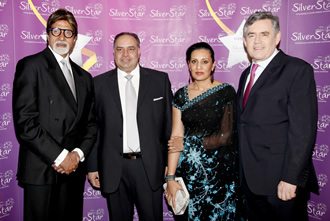 Today, Kamel is also keen to help overcome communication barriers between the current and previous generation and explains how communication is key to better understanding between different generations and cultures.

“I think the biggest weakness in our community is children don’t communicate very well with their parents. In my generation people didn’t argue or challenge what their parents said because that’s how you’re brought up, what they said went!”

In her 33rd year of banking Kamel Hothi admits:

“I have no regrets but if I had a second chance I wish I’d had the courage to speak to my father when I was younger to reassure him that what I was asking wasn’t something that would disrespect him.”

Ironically, Kamel received an Honorary Doctorate from the World Sikh University in November 2011 to recognise her outstanding contribution to the Asian community and for being the pioneer behind the Asian Strategy at Lloyds.

“I’d love to encourage earlier communication so a child’s aspirations can be understood. So that children can reassure their parents about the rationale behind their career choices which may not be as wild or risky as they may first appear and that their children are not making these choices just to be rebellious.”

As for herself there is one one man who Kamel Hothi owes her gratitude to, Arif Mushtaq an Ex-Senior Executive at the bank. Without his confidence in her entrepreneurial ability she would not have created the successful Asian Strategy after identifying barriers to access to finance for the Asian Community.

She noticed Asian businesses were growing three times faster than average and after research identified core issues in the groups offering. So Kamel presented these facts to the board and thus, resulted in the sponsorship of the Asian Strategy.

“I was and am so proud of my community – they have achieved so much and are contributing greatly to the UK economy. By helping them to raise their profile I hope this has helped communicate the contribution being made by many immigrants. More importantly I hope I was able to help educate Lloyds on how to reach out to Asian Businesses and make access to finance easier by doing business their way.”

Kamel’s uneducated mother was her biggest inspiration. Her mother lived through the struggles of the India partitions and single-handedly managed to bring six children to England having never left her ‘pind’ (village) before. She was and has been her true hero.

“I believe my mother and my culture shaped me and provided guidance in every step I have taken. If I was born into a different culture I am not sure if I would have the same drive, or commitment to push for what is right but I do believe my parents instilled this passion and ethics to work hard and not give up – I pray that I can pass on some of these values down to my children who have so much going for them.” 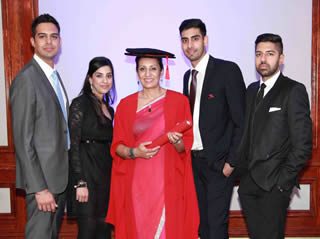 Kamel’s achievements reflect her hard work and perseverance. Her accolades include sponsoring over 30 national Asian Awards such as The Asian Women of Achievement Awards & the Asian Jewel Awards. She herself has received numerous awards to recognize her hard work like the Gordon Brown’s recognition as one of the top 10 diversity champions in the UK, Asian Achievers Woman of the Year Award and an Honorary Doctorate to name a few.

“Yes I am a director at a global banking company but I’m still a traditional daughter-in-law who had an arranged marriage and still lives with the in-laws to this day – it doesn’t mean you have to give up your culture in order to achieve a career in the corporate world. Balancing these two isn’t easy but can be done!”

Kamel Hothi represents a top achiever in many ways – from showing tremendous respect for her culture and tradition to developing strategies in the corporate world. She shows that such achievements are possible by starting with that fundamental belief, firstly and foremost – in yourself.

Jennideep is an avid member of the editorial team, who enjoys traveling, reading and socialising. She has an enthusiastic approach to all that she does and a passion for life. Her motto is: "Life’s too short so just live, laugh and love!"