Amerdeep Somal a recognised name in the world of UK equality and justice. DESIblitz caught up with her to talk about her work against domestic violence, her cultural influences and well-earned accomplishments that has made her the strong inspiring British-Asian woman she is today.

"I’m extremely proud of my culture and heritage"

Amerdeep Somal is a passionate advocate for equality and justice and an IPCC Commissioner. She critiques the failings of the Central England police forces to fulfil their duty to protect the public.

Somal played a pivotal role in the case of Fiona Pilkington and her daughter Francecca Hardwick, who had severe learning disabilities. They suffered from years of anti-social behaviour by youths and reported the abuse on countless occasions to Leicestershire Police. In the end it led to Fiona taking Francecca’s life and her own life after driving to a lay-by and setting the car on fire. A report later addressed the failures of the police force for not taking adequate action.

Amerdeep, 44, was born and bred in Coventry as the youngest and only daughter of the family. Her parents settled there after migrating from India. They worked in factories/foundries as was common with migrants at that time.

Amerdeep found she had more liberties and freedom than her other Indian friends when growing up. She could wear jeans or skirts and wasn’t made to stay at home to cook and clean. Amerdeep is proud her parents recognised the need to integrate into British society for a balanced British-Asian culture. 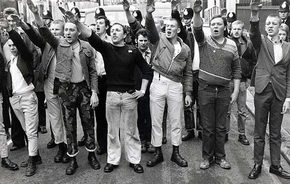 With the rise of the National Front in the 70s, Amerdeep remembers the scary Saturday protests when skinheads would march through town shouting ‘pakis out.’

“My parents and others of their generation ignored it because they were used to it and developed a thick skin, whereas my generation knew it was wrong so we weren’t going to put up with it. Especially when your mum was hurled abuse for wearing a salwaar-kameez or chunee.”

Amerdeep went to a predominantly white, low-achieving academic school where being called the p-word and spat on was common practice. But Amerdeep soon learnt to be tough and would even have the odd fight or two in the playground.

“That environment taught me to stand up for myself and for what’s wrong. This is why I stand up for people who are treated unfairly due to their race, religion, gender, disability because it’s not something people can change.”

Amerdeep’s relationship with her family drastically changed after she chose to marry out of religion and caste aged 26. They never came to her wedding and she never spoke to her father from the day she left home to the day he died.

“I regret that we never reconciled our differences.. I respect the fact that he stood by his values but they were different to mine; he felt I’d done wrong and I felt he was wrong. We were two people with very strong personalities and conflicting views.”

“I don’t agree with seeking peoples approval and found Asian peoples’ attitudes to be bigoted and wrong. I wasn’t going to do something I didn’t agree with by marrying someone within culture or who they wanted, so I simply left home.”

Yet Amerdeep’s mother supported her and didn’t agree with the family ostracising her. Amerdeep looks up to her mother’s courage to say “she’s still my daughter you can’t stop me seeing her” especially for a traditional Asian woman of her generation.

“I’ve always done what I’ve wanted. You should do the right thing and what you believe is right, not what someone else expects of you.” 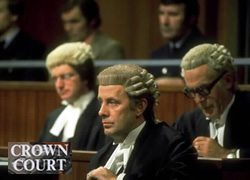 From a young age she always knew she wanted to become a lawyer. She would rush home from school at lunchtimes just to watch Crown Court (a courtroom drama series).

She remembers her career teacher laughing at this prospect; she assumed Amerdeep meant becoming a legal secretary not a lawyer. “No, I want to be the person who wears a wig and gown who stands up in court and advocates for people.”

“She obviously thought I had ambitions above my capability but that spurred me on because I knew I could do it.”

Very few youngsters from her school did A-Levels and went onto University but Amerdeep defied that statistic.

There weren’t many Asian women who had the prospect of going to University during the 80s, however Amerdeep’s parents supported her going as they’d never had the opportunity for an education. She set a trend being the first female of the family to go to University.

Amerdeep studied Law at Trent Polytechnic (now Nottingham Trent University) and went on to work at the Crown Prosecution Service for ten years before joining the IPCC in 2004.

Amerdeep’s commitment to fighting domestic violence was provoked after hearing a shocking yet upsetting story as a child. A woman she remembers set fire to herself in front of her daughter after suffering from years of domestic abuse at the hands of her husband.

“How desperate must that woman have been to do that? But nobody intervened or told the husband he can’t do that to his wife and even as a child I knew that was wrong.”

The mother of two has been praised for her work in dealing with domestic violence especially amongst her own Asian community. She volunteered with an Asian woman’s charity in Nottingham called Roshni which supports victims of domestic violence.

She was humbled to have received her first award from the Attorney General in recognition of this and the work she did at the Crown Prosecution Service. 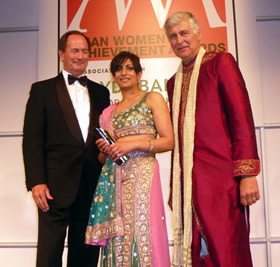 As well as scooping an award for 2011’s Asian Woman of Achievement. The judges described her as a ‘forceful advocate who operates in a fierce media glare and is not afraid of the consequences.’

“I’m extremely proud of my culture and heritage; I’m British-born, of Indian heritage and Sikh faith. And I wouldn’t change it for the world.”

When asked about the future Amerdeep sees her career developing within her passion for human rights, equality for women and giving people a voice who wouldn’t otherwise have one. She would like to improve public confidence in public services especially in the light of last August’s riots.

But this July sees Amerdeep receiving another proud accolade for her outstanding contribution to law, social justice and equality for women.

She was overwhelmed to receive a letter being offered a Doctor of Laws from the University of Roehampton in February 2012.

Amerdeep Somal draws on an important saying which remains with her to this day: “Always remember when you move up the career ladder you extend a hand back to the next woman to give her a helping hand. Don’t become so high in the sky with your own success that you forget the opportunities you were given.”

Jennideep is an avid member of the editorial team, who enjoys traveling, reading and socialising. She has an enthusiastic approach to all that she does and a passion for life. Her motto is: "Life’s too short so just live, laugh and love!"
Kamel Hothi ~ a True Banking Success
Are British Asians losing Respect?