Respect has always had its place in South Asian society. But are British Asians losing respect as generations begin to live in a more integrated society?

The word ‘respect’ has a particular resonance in South Asian culture. It is one word that is regarded highly when talking about heritage and discipline. However, the question raised due to the dramatic changes in today’s Asian society is, are British Asians losing respect?

Because many would definitely agree that the respect once held for roots, traditions, customs and cultural ways is no longer the same.

Whilst success in business and professions has increased for the British Asian society over the past few decades, today, we are seeing family breakdowns on the increase, material and financial gains taking priority over family and friends, lack of time for the elderly and a little patience to work hard and develop long-term goals and skills; leaning to the conclusion that many values including respect are being lost on the way. 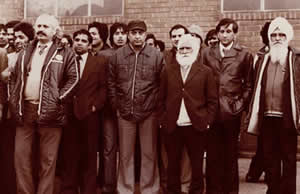 The value of this respect was brought over by the first immigrants into the UK in the 50s and 60s.

Men primarily arriving from the sub-continent brought with them the values instilled in them from back home. And one of the key values was that of respect – respect for fellow immigrants, for elders, for those helping them find work and accommodation in the UK and also, respect for the new British society and people they joined without losing their own values.

Through time, the immigrant generations have worked hard to hold onto their ethics and values within their families. However, we now live in a different UK, where integration and choice is far greater than the past struggles.

Education, independence, more integration and rights have all contributed to a new British Asian society.

For most people, self-respect is the starting point and many would say if you have no self-respect, how can you show respect for anything or anyone else?

Self-respect for many Asians is a basic aspect of their DNA where honouring values and principles are prioritised before anyone or anything else. But there are many cases where greed, selfishness, lust, jealousy and the chase for the ‘high life’ has potentially led to Asians losing their self-respect. 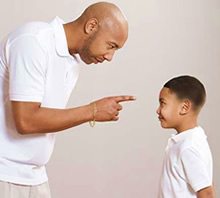 Respect within Asians has a close relationship with discipline and many would say that discipline has been diluted by changes in society and even law e.g. parental control being scrutinised by teachers and social workers.

Discipline in the home, at work and in public has always played and active role in Asian society but today we are faced with changes in UK law and a rights culture which does impact discipline once instilled by generations in the past. So are we not discipling children and matters within family as we once were?

A big concern is the lack of respect observed within the younger generations. And this is not just respect for parents, elders and people in general but also for material things and what they have in general, compared to the struggles of past generations.

With everything available through huge choice today and the desire to keep up with your peers, is it the fault of the younger generations that they behave in this manner? That they don’t want to be seen wearing the latest trainers or having the latest gadget?

There is a lot said about changes in parenting to blame for the way the young are behaving today.

Parents in Asian society are seen as the pinnacle of the family, the decision makers and gatekeepers of respect. Therefore, they are seen responsible for ensuring their off-spring follow suit. Many of you will openly admit fear of your parents, especially, the father; a fear which keeps discipline and respect in-tact for many. 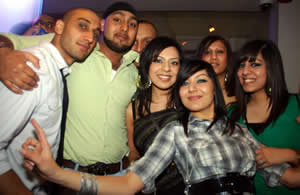 We are now in a British Asian culture where the young are given more choice in decisions and often given ‘adult like’ control to dictate outcomes. So, has parenting got laxed in Asians, therefore, diluting discipline and respect?

With more Brit-Asian lone parents in society, where the children are usually with the mother, should we be concerned that are we heading for children with an up bringing without fathers? 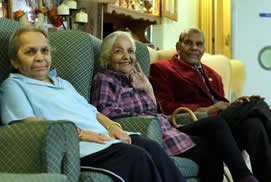 One of the major areas of respect in South Asian culture is for the elders. This usually refers to grandparents, older people and parents too.

From touching feet of elders to changes in lifestyle, reduction in extended families and young couples preferring independence from in-laws; the changes have led to more and more older people either living alone or going into care homes – something seldom heard of in the 70s and 80s, where it was seen as the ‘duty’ to ensure you looked after your parents and elders.

Now, many families feel they cannot provide the care and also, it’s recognised that some elderly feel comfortable in a home being away from the ‘modern’ lifestyle. Is this a good reflection of respect today in British Asian society? Are care and nursing homes being seen as the norm for the future?

The respect in marriage, relationships and for partners is another key area of change. The dynamics of control in Asian marriage have certainly shifted through the decades, where equality and higher respect is requested by the woman. 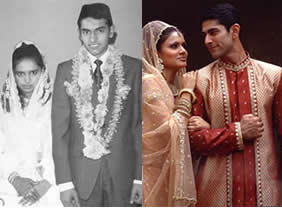 The modern Asian man is no longer the man that once was seen as the ‘head’ of the household and as domineering.

Today, decisions made by couples are made jointly or in many cases, left to the women. So, has respect been corrected in relationships in British Asian society? Or have either sex gained less or more respect?

British Asian marriages are no longer a small financial affair, according to a DESIblitz poll, the average cost is £30,000-£50,000. Often, these are non-arranged marriages, but sadly we are seeing a soaring rate in Asian divorce.

Is the hard-work of the parents often paying for these weddings disregarded by the couples of today? Or is it all about laying importance on your own happiness and doing what you want irrespective of anyone else?

The advent of the Internet and social media has also impacted British Asian society like any other.

The state of respect with British Asians if often reflected on sites like Facebook where it is easy to comment on photos or people with disrespect and conversely, many images are uploaded without any knowledge of meaning or prior thinking.

Additionally, the availability of ‘free’ downloads always is of interest to Asians, and usually without any respect for the creators, especially in the case of music and films. So, has on-line activity affected respect amongst British Asians?

Respect is a highly valued word in Asian society. Are we at the stage in life where respect no longer holds its worth as it once did? Or are we employing different kinds of respect which was not practiced in the past to accommodate the lifestyles of today? Or are British Asians losing respect without realising it?

Prem has a rich interest in social sciences and culture. He enjoys reading and writing about issues affecting his and future generations. His motto is 'Television is chewing gum for the eyes' by Frank Lloyd Wright.
Amerdeep Somal ~ a Justice Fighter
Queen’s Diamond Jubilee Asian Style