India, the land of diversity, has seen and felt immeasurable winds of change over the years, some good and some not so good. DESIblitz reflects upon how India struggles to liberate itself from its past and how it tries to reach out to a better yet distant future.

Living, exploring, stumbling and fighting are the new cardinal rules Change is the word.

Walking down the streets of India, one can’t resist getting reeled in by the suaveness of palatial houses lined up at Lutyens’ Delhi, the charm of night life of MG road in the Bangalore city and try-harder-or-die-trying endearing pace of life in Mumbai.

India has indeed come off the age and has finally caught up with the modern facets that make the world go around nowadays.

But amid this ‘oh-so-perfect-life, one can’t help but notice how the blunt reality stares in the face of Indian society. Reality which reminds people of the fact that Indian society is still mired by regressive thinking, poverty, unemployment and corruption. 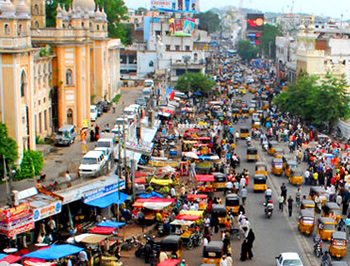 These mortifying issues faced by the largest democracy in the world are still very much prevalent and millions wade through discriminations, lack of opportunities and red-tapism before they retire to bed.

India has experienced a significant shift in cultural, social and economical aspects of life in the last couple of decades. A part of the society has accepted the fact that the old age Indian ethos blended with Western culture are the new norm of Indian society.

Sharp suits are as graceful at a wedding as traditional sherwanis for men, trousers are the modern office attire for women and live-in relations are acceptable until the point it serves the interest of both the partners. This group accept the fact the there is more than just traditional ways and orthodox style of living that shapes up an individual’s life and mind.

Shopping malls and modern buildings are gracing the skies of some of the larger metropolitan cities. Western brands such as Debenhams, Tesco, Pizza Hut, Mothercare, Body Shop and many more are opening up to give the affluent middle-class Indians product choices they have never had before. 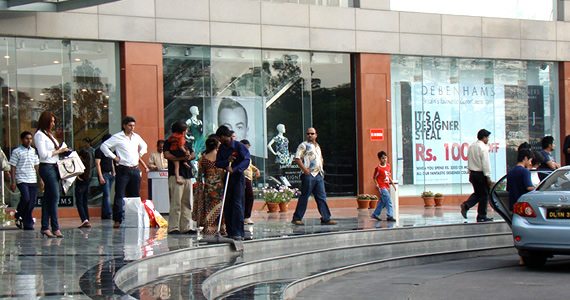 The Internet, hunger for education, availability of mobile communications and outsourcing from the West have catapulted India into the 21st century with prosperity, progression and growth unperceived in the past.

Living, exploring, stumbling and fighting are the new cardinal rules that today’s generation need to learn and master. Change is the word and so be it they say!

Then there are people on the other side of the shore. A certain section of the society is still bounded by vices of anti-progressive behaviour. This particular section labels same sex relationships taboo and mindless mimicry of the West. 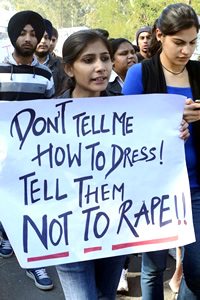 It is this part of that society that suppresses free will and freedom of speech. Moral police guide the interests of this particular group and ensure that Indian society remains chaste by dismissing modernisation as a depravity.

The social fibre of Indian society is no different. Women are elevated to the highest stature in India and rightly so and yet, in every half an hour, a woman’s soul is subjected to irreparable damage in the form of rape and sexual molestation.

Be it in the office, on the streets or in the house, women are more unsafe than ever. An appalling reality to say the least! We have hundreds of friends and followers on social networking websites and our neighbours have apparently become aliens to us. The connect of disconnect is the new norm of our social life which has resulted in blinkered thinking and stolid behaviour.

An economical stratum of Indian society is no different;  one section of the society basks in opulence while 5 year olds live on streets and struggle to manage one square meal a day.

India recently became the proud member of the coveted club of cryogenic GSLV satellite while people living in slums are still deprived of basic amenities that should be birthrights of every human being.

Yes there has been paradigm shift in how things are as compared to the time of independence, but the lack of social and economical inclusion is indeed weighing down heavenly on Indian society. 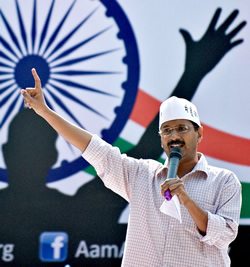 The disparity is of unprecedented proportions and it is almost befuddling how things turned out so well for some of the people while others are losing hope to live and survive.

The transition of Bharat to India brought wealth, health and opportunities for some while for others; life still means struggle, agony and a world full of despair. Breathing through their life is all the less fortunate do rather than living it.

It is yet to see how this genesis of metamorphosis in Indian society will bridge the gap between the rich and poor, how the society will be able to provide compassion and care to the marginalised and how India can progress as a cohesive unit rather than segregated segments in coming years. It is all wait and watch to how things pan out for people of India in the future or the proverbial relapse is waiting in the wake.

Dreamer by day and a writer by night, Ankit is a foodie, music lover and an MMA junkie. His motto to strive towards success is “Life is too short to wallow in sadness, so love a lot, laugh loudly and eat greedily.”
Indian Artists showcase at Winter Monsoon Exhibition
Mexico a Country of Surprises