Do Men from Abroad Suffer in Desi Marriages like Women?

Women from abroad having issues in Desi marriages are well documented but what about the problems faced by men? DESIblitz explores the question.

Desi marriages are a big issue for family life. For South Asian communities be it in the UK, USA, Canada, India, Pakistan or anywhere where Desi people reside, marriage is seen as an important chapter in life. But do men suffer like women, if marrying a partner from abroad?

Whilst finding a suitable partner for marriage is getting harder and more and more reliance is on matrimonial websites, friendly introductions and some traditional arranged marriage practices, the guarantee of a loyal, trustworthy and loving partner is still a major challenge.

Divorce is on the increase and indicates that as it becomes a norm within British Asian communities, many couples are not seeing marriages through like their elders did, due to lack of tolerance, ‘the grass is greener on the other side’ and even extra-marital affairs breaking up ties.

One such solution sought to make Desi marriages last is to marry a spouse from abroad. So, a guy will find a bride abroad, marry her and bring her here to live with him and his family. Or vice-versa where a man will marry a woman from the UK and come over to stay here.

This is common usually in arranged marriages.

In this instance, men and women enter a marriage where one family is remote, usually abroad, and therefore, the visiting party in the marriage fully adopts the spouse’s family to become an integral part of it.

These marriages can be successful but when a complete disaster the person from abroad can suffer in the marriage.

Misery in the Marriage 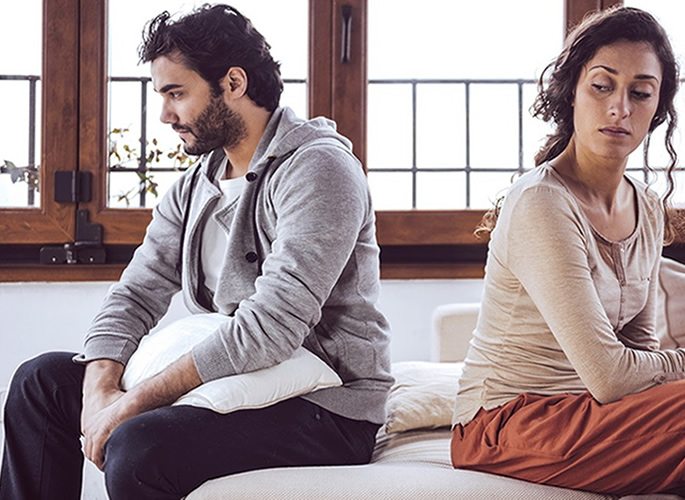 For a woman, a common cause of marriage breakdown in this scenario is that her in-laws and quite possibly, the husband too, make her life completely miserable with issues like not enough dowry being used as the problem, or not being able to have children or not being ‘good enough’ for the family.

For a man moving into a bride’s family or living very close by, the problems can be no less.

The man moves to a foreign country, gets married to someone he does not really know well and he’s ‘adopted’ by the bride’s family. In many respects, he is alone and will still feel an outsider.

Emotional misery in inevitable, if he is mistreated or expected to do as he is told by the family and has to abide by their rules.

Charanjit Singh, a man who married a woman in the UK says:

“We were introduced by my uncle’s family in Punjab. I liked her and she liked me. I agreed to the marriage and came to the UK. But after a few months of the marriage, I noticed that I really did not have much say in my marriage, our home or how we lived. Her mother made the rules and my wife never disagreed with her. Making me feel quite alone and sad in a marriage which I thought was going to be between me and her. I did not know what to do but go along with it.”

Many men who marry a woman abroad are challenged with a new country, environment and way of life compared to where they come from. For many, their freedom and confidence are often affected by the marriage.

“I wish I had married in India and not the UK. Because all I do here is work, work, work. Although my wife is good to me and we have two children, I feel I have no friends who have things in common with me. I do not go out much and I do feel depressed and wonder if this is all there is to life now.” 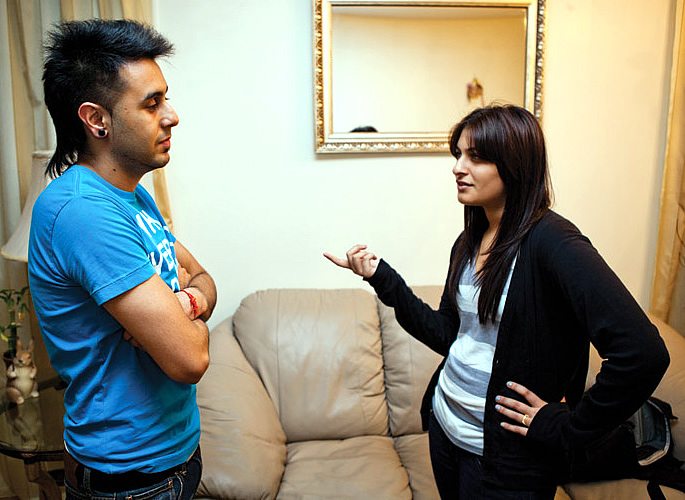 To integrate, many men in these kinds of marriages have to let go of control and are frequently made to feel indebted to the girl’s family, for ‘taking him in’.

Ensuring he stays within the confines of the bride’s family is expected from him. Therefore, a gradual loss of freedom and communication with his own family and friends is quite common in such marriages.

“I never met my wife in the UK, until I arrived in the country. The  wedding happened quickly. Next thing I was sharing a bed with a woman I did not really know and we had a child. Her family were nice to start with but slowly began to change. I was made to work in the family business as a caretaker in their warehouse and use to get tainted by other men asking why as a son-in-law I was treated like a worker.

“She was studying at college and had friends. I had none and was not really allowed to make any. She would go out all times of the night and tell me not to stay up. This was not what I dreamed my marriage in the UK would be like.”

There are other cases where the in-laws take over the upbringing of the couple’s children and the man has very little opportunity to let his children see his side of the family.

“We had two children and I wanted them to meet my parents, their grandparents. But every time I mentioned a trip to India to take them. I would be told it is too ‘dangerous’ and they would miss England. So, it was better to wait for my parents to visit. Which I knew would never happen, Because I could not afford it.” 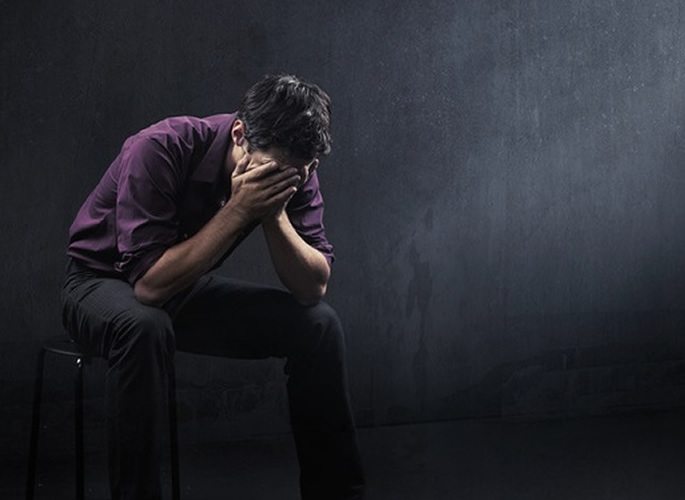 Men in these kinds of miserable Desi marriages are known to be experiencing domestic violence and emotional blackmail.

According to research by Mankind UK, a male support organisation for mental health and abuse, of those that suffered partner abuse in 2014/15, a higher proportion of men suffered from force (37%) than women (29%).

The report also says of those that suffered from partner abuse in 2012/13, 29% of men and 23% of women suffered a physical injury, a higher proportion of men suffering severe bruising or bleeding (6%) and internal injuries or broken bones/teeth (2%) than women (4% and 1% respectively). And due to male pride or fear, only 27% of men sought medical advice whilst 73% of women did.

According to Centers for Disease Control,  up to 48% men have experienced psychological and emotional abuse at the hands of their partners.

Shamshir Khan, who came from Pakistan and got married says:

“I use to get beaten by her and told I could not leave the house. Most of the times I would lie on the sofa and she would belt me or punch me. Calling me a waste of space and why did she marry such a useless man. Whilst she did whatever she wanted to, I was helpless, I did not understand English and had no idea of who to go to for help.

“She would threaten me and say I will tell them you are an illegal immigrant and get me arrested. I was literally like a man-slave.”

Since the man is under the control of the bride’s family, disputes and disagreements between the wife and husband can also engage the wife’s family to take action against the husband.

For example, her family may use force and violence to control the daughter’s husband, instilling fear in him. Especially, if he is alone with no family in the country.

A common opposite approach is where instead of dominance and control, the bride’s family shield and smother her husband. They buy him things, give him a major role the family business, make him feel very special but however, they use all of this to buy his loyalty indirectly. This way it is likely he will be kept from knowing too much about family secrets, his wife’s past such as relationships prior to marriage and the reality of the family he is married into.

Another trait seen in these relationships is where the woman will use sex as a divisive tool. She will only have sex with the man if he complies with her needs and wants. She will hold it back if he is not abiding by her rules. He will then get used to sex as a ‘treat’ or ‘prize’ for him obliging with the woman’s demands and pleasing her.

Bikram Singh says: “After we had our first child, I was told to change diapers and make the baby milk. I had never done anything like this in India. I did it but it was never good enough. My wife would shout and be abusive to me saying I was useless and stupid because I could not do these things. I never told my family back home how I was treated because I was embarrassed.” 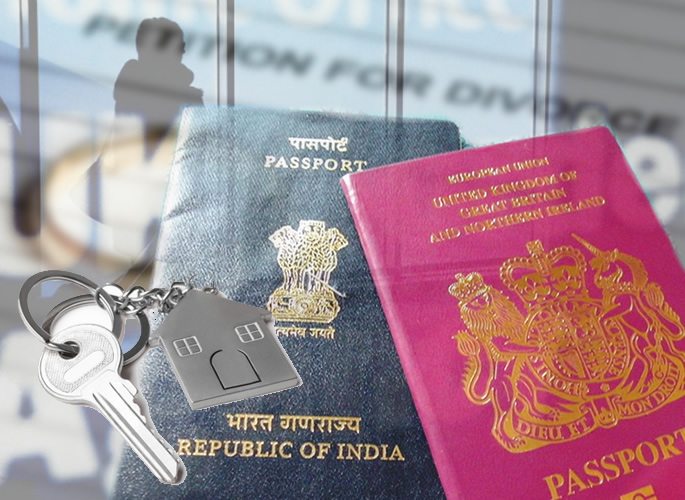 Whilst some men have successfully divorced and escaped from such abusive and controlling relationships, for others it is not so simple.

Depending on the mental conditioning they have gone through as time has passed in these controlling marriages, they will see it no different outside and even fear that all women are like this.

Some of these men may experience the following, therefore, stopping them from seeking a divorce.

Therefore, for many South Asian men who marry from abroad, most of the time they do not do anything or seek any kind of help. Due to fear of repercussions from the wife and in-laws.

Divorce to many is also culturally still a taboo and going back to their homeland, as a man, is not an easy option.

For those that do file for divorce, the battle is often not an easy one and can last a long time if children are involved. Making life very hard for the man from abroad if he has no family or friends to support him.

Sanjeev Tiwari says: “It took me nearly six years to finalise a very difficult and emotionally draining divorce after my arrange marriage in the UK. Her family made my life unbearable from the time I arrived and threatened me constantly if I tried to leave because I worked in their business. But I knew I had to get out. So I eloped to another city and got help to take her to court, to finally be a free man.”

Some names have been changed for anonymity

Remarriage and the Divorced British Asian Woman
Why is Menstruation a Taboo in South Asian Culture?