"I am satisfied this was an unnatural death and the matter needs to proceed to an inquest."

An inquest heard on Tuesday, September 11, 2018, that Sajid Javid’s eldest brother drowned at a luxury hotel after taking painkillers and alcohol.

Tariq Javid, aged 52, was found by police in his bathroom at the South Lodge Hotel country house near Horsham, West Sussex on July 29, 2018.

Officers were called to assist paramedics who were treating Tariq but died at the five-star hotel.

The inquest found that the Home Secretary’s brother had significant levels of alcohol and codeine in his system.

It was also found that he was suffering from serious heart disease.

His body was identified by his brother Basit, aged 47, who is a West Midlands Police commander.

There are currently no details as to how the divorcee drowned or why he was staying at the hotel just three miles away from his home on Brighton Road, Horsham. 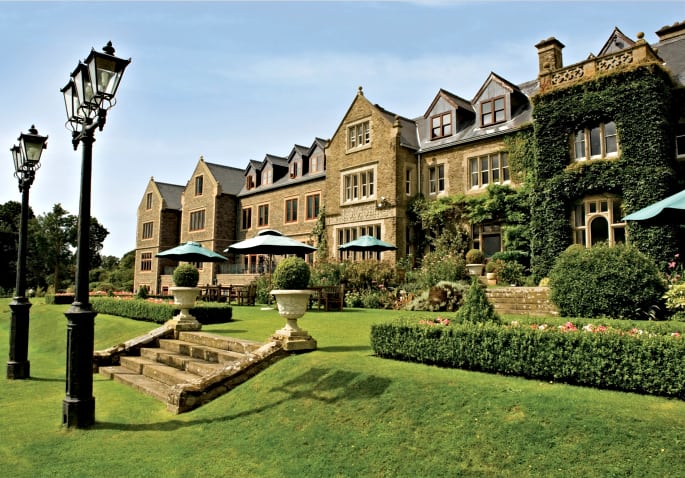 The death is not being treated as suspicious and police are not investigating further.

She said: “I am satisfied this was an unnatural death and the matter needs to proceed to an inquest.”

A full inquest into Tariq’s death will be held in January 2019 to be overseen by Ms. Schofield.

In August 2018, a spokesman for Sajid Javid announced his brother’s death:

“I am very sad to confirm that Sajid lost his eldest brother Tariq, who will be sorely missed by the whole family.”

“He would like to extend his thanks to the many people sending their condolences and good wishes.”

“He would also ask that his privacy and that of his family, be respected at this time of grief.”

The hotel has hosted events such as the G-20 London Summit in 2009.

Tariq Javid was the eldest of five brothers hailed as ‘power brothers’ due to their rags to riches life stories.

Their parents came to the UK from Pakistan with hardly any money to pursue a retail business.

Despite the five brothers’ difficult start to life, they have all gone on to be successful in a variety of fields.

Tariq was a businessman who ran a successful chain of supermarkets.

Sajid and Basif are highly regarded in their respective fields of politics and the public sector.

Youngest brother Atif, aged 43, is a property developer who now has a multi-million-pound portfolio.

Khalid, aged 49, is an advisor in the finance industry.

Images courtesy of Booking.com and BT