Singers, artists, producers and the media all came together for the 2018 UK Bhangra Awards in Birmingham. DESIbitz highlights the event and winners.

Organised by Culture Unite, the event included a presentation of 24 Awards, a range of live performances, delicious food and plenty of dance.

The yearly function once again saw the promotion of Bhangra while celebrating outstanding winners and artistic talent.

The luxurious venue was colourfully lit up, with tables giving a flavour of red. Big names from the music industry, along with VIP guests were in attendance. 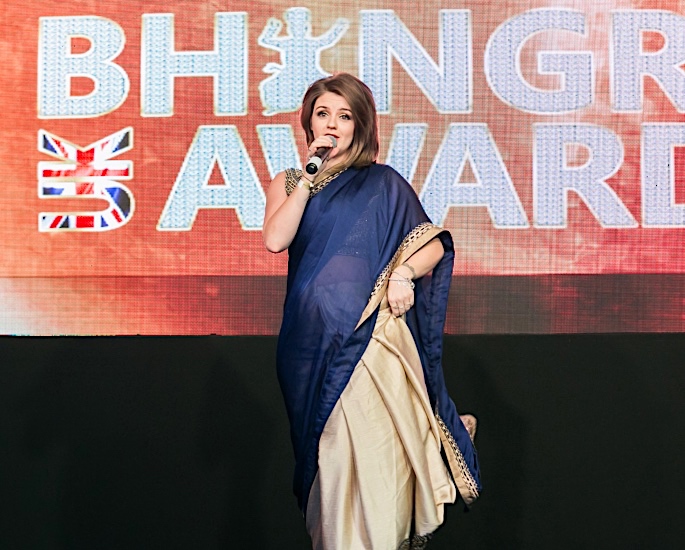 Nesdi Jones known for collaborating with Money Aujla and Yo Yo Honey Singh then came on stage, singing the popular track ‘London‘ (2014).

After a few more performances, including some dance, the hosts began presenting the awards under each category.

First of all, The Asian Today received the award for ‘Best Publication.’

Next was the leading online British Asian publication, DESIblitz.com to receive the ‘Best Website’ Award. 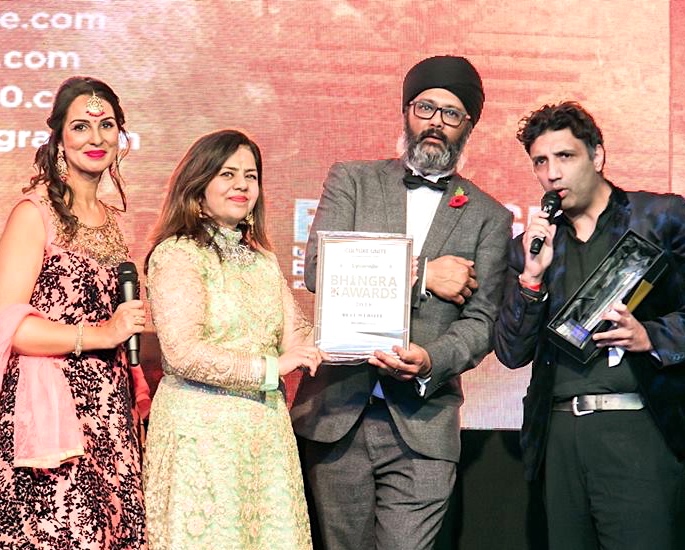 Honoured to win the prestigious award and highlighting the importance of Bhangra, Indi Deol, Managing Director of DESIblitz.com said:

“It is an honour to get recognition as ‘Best Website’ at the 2018 UK Bhangra Awards.

“For us, music and dance is an important part of DESIblitz.com. Especially, Bhangra content which highlights its amazing history, the hits and artists, moving into the present and future.

“The UK held the Bhangra music crown for decades. With a huge number of bands, live music and artists with large followings.

“It seems it has been lost with Bhangra music from Punjab and globally, having its popularity and time.

“As the leading British Asian online lifestyle publication, we would love to see a revival of Bhangra music in the UK as it once was.”

“The country does have a tremendous amount of incredible Bhangra music talent and experience which needs to be encouraged and brought to the front.” 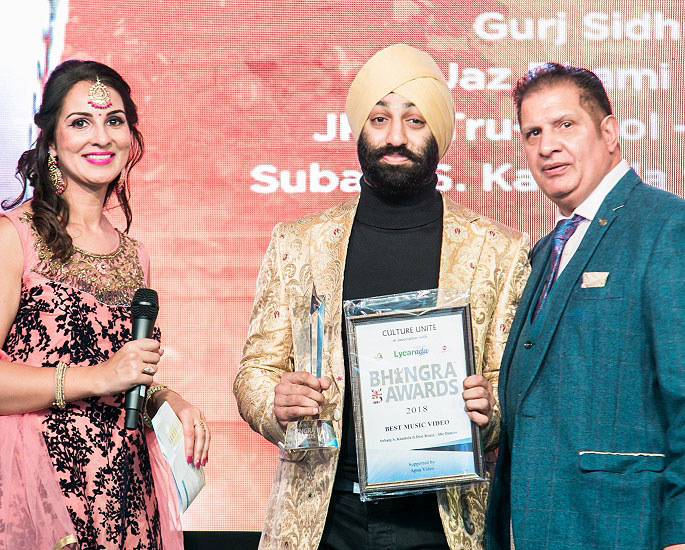 Subaig Singh Kandola was a standout, getting two awards for the ‘Best Male Singer’ and ‘Best Music Video.’ Khushi Kaur and Dev Nahar were recipients of the ‘Best Newcomer’ Award.

Singer Biba Singh who came all the way from America claimed the ‘Best International Artist’ award. Biba did perform some of her tracks, as well as singing the popular number ‘Mendhi Taa Sajdi.’

Proud to have won an award at the 2018 UK Bhangra Awards, Biba posting on Facebook expressed her thoughts:

“I’m so excited to win best international artist today! Thank you for so much love England and Uk BhangraAwards.” 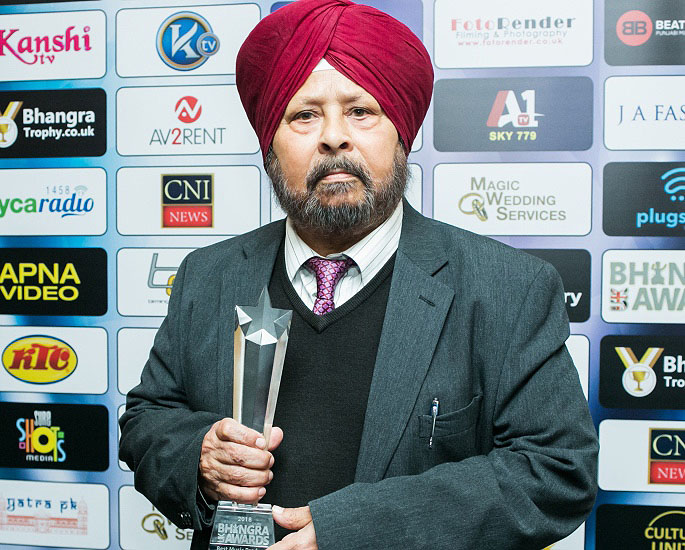 There were many other talents who received awards under their respective categories.

Renowned lyricist Jandu Littranwala receiving the ‘Lifetime Achievement Award’ was the highlight of all the winners. The man behind the lyrics of so many huge Bhangra hits including Balwinder Safri’s Chan Mere Makhna,  AS Kang’s Gidihan Di Rani and many more.

Besides all the entertainment on show, everyone enjoyed a 3-course meal, which was a nice touch to the evening celebrating the achievements of those contributing to the Bhangra industry in the UK in their own way.

Throughout the evening there were many more music and dance performances. Dara from 90s Bhangra band Shaktee took the stage to perform ‘Shaktee Da Dhol Vajda.’ 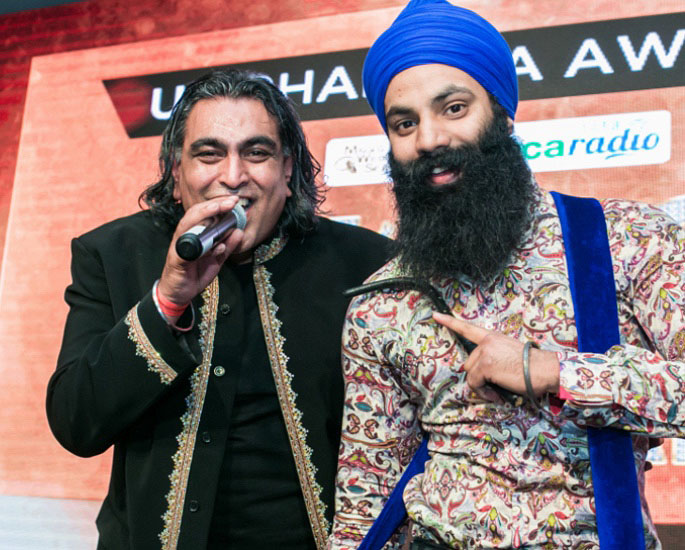 Here is the full list of winners of the 2018 UK Bhangra Awards: 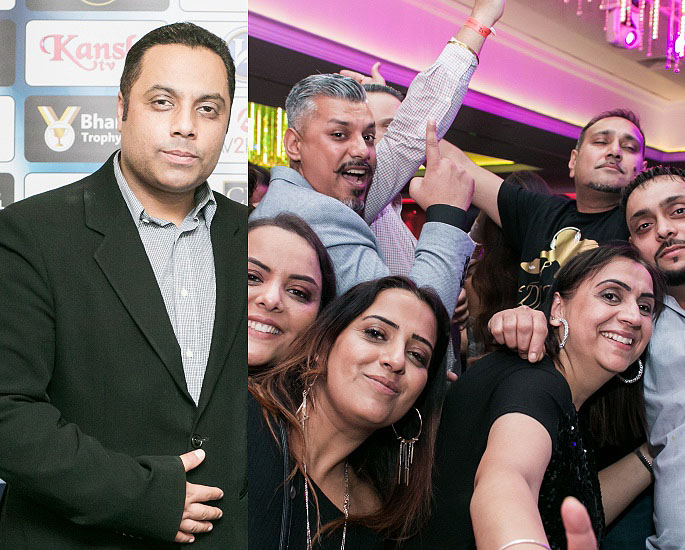 Recognising all the winners and talent at the event, everyone had a good time.

Thanking everyone for their contribution to this event, organiser Bobby Bola from Culture Unite exclusively told DESIblitz:

“Thank you to everyone that has contributed in making the UK Bhangra Awards 2018 a huge success.

“Together we have promoted Bhangra, culture & unity.”

Bobby and his Culture Unite team should be lauded for all the hard work they have put in behind the scenes. We look forward to the 6th edition of the UK Bhangra Awards in 2019

Kanshi TV available on Sky channel 775  will broadcast the 2018 UK Bhangra Awards in the month of November.