It was a big night for Anita Lerche, Shazad Sheikh and the Bhujangy Group at the UK Bhangra Awards 2019. We highlight the awards show and the winners.

Uniting everyone, the super event depicting lifestyle, traditional and cultural values was a truly delightful occasion.

Hosts for the sixth edition were the entertaining Manpreet Darroch, Amber Joseph and Apna Bhajan Jagpal.

On the night,  awards under twenty-four categories were up for grabs, recognising the very best in media, music and artistic talent.

Worldwide public voting was instrumental in deciding the eventual winners for this Culture Unite presentation.

The evening was special with fantastic LIVE performances and a lovely three-course meal, as well as an interesting exhibition.

The opportunity for all to hit the dance floor made the UK Bhangra Awards 2019 even more electrifying.

There was global presence with International artists coming from South East Asia and North America, especially for this event.

The bhangra fraternity, VIP’s and Mrs India International Queen, along with the general public were also in attendance. 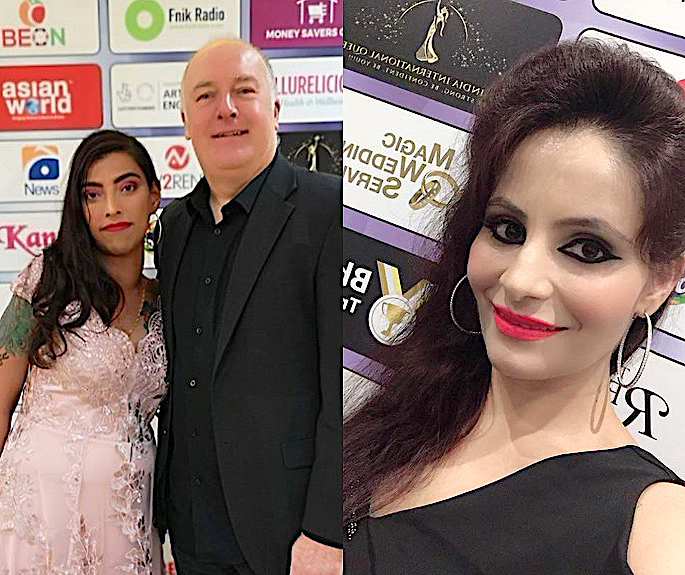 Young singing sensation Khadija Dilnawaz got the evening going with some soulful songs. The start of the awards came after her twenty-five-minute performance.

DESIblitz.com came up trumps by winning ‘Best Website’ for the second year in a row. Reflecting on the award and positively looking ahead, Faisal Shafi, Lead Editor, DESIblitz.com said:

“We are extremely honoured to have received the ‘Best Website’ award for the second consecutive year. We are earnestly grateful for this recognition. 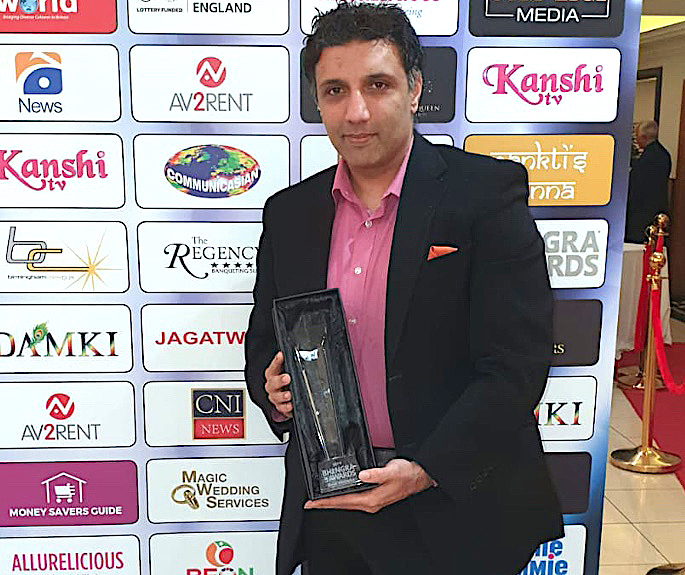 Shandy Kambo from Awaz FM won his second ‘Best Radio’ presenter award on the trot. A delighted Shandy thanked many people, and congratulated all the winners on Facebook:

“What an eventful night at the UK Bhangra Awards 2019.”

“I would like to thank each and every single one off you who showed me there love and support for my nomination, this one is for all you guys and especially for all my listeners.

“Big up to all my Family and friends who came last night and showed their support. Great meeting some of my industry friends and congratulations to you all who picked up an award.

“May the hard work continue and be proud of our culture and language.” 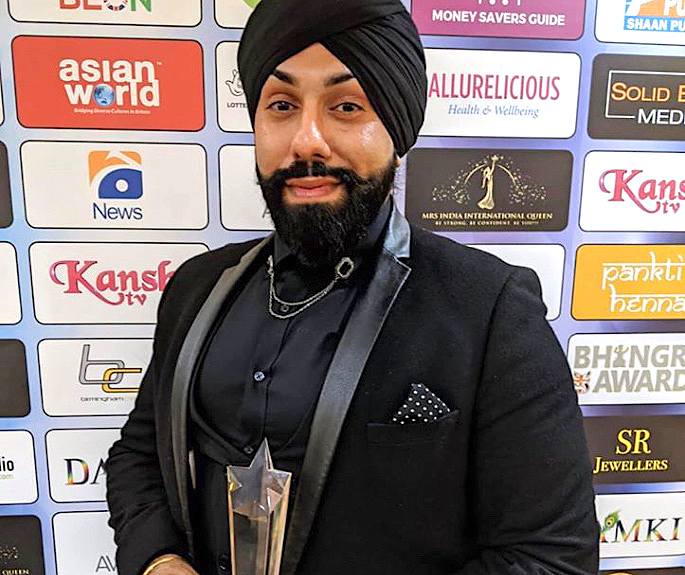 After giving twelve awards out there was a 15-minute break, which saw Subaig Singh Kandola singing ‘She Dances’ (2018) with dancers from 4all2Envy Entertainment.

Whilst Subaig had the chance to perform, everyone else was enjoying the delicious starters. The appetisers included tasty channa and mouth-watering chilli chicken. 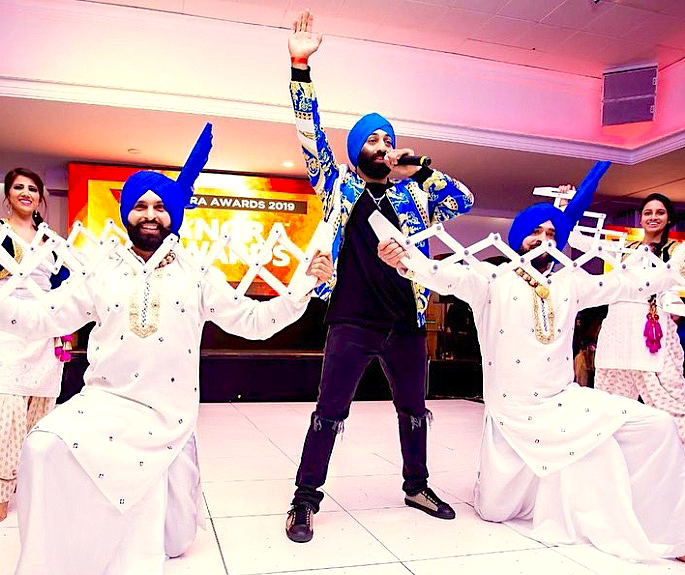 It was double whammy for Subaig who received ‘Best Single’ for ‘Yaar Belli’ (2019) earlier, and then also got the ‘Best Singer Award.’ 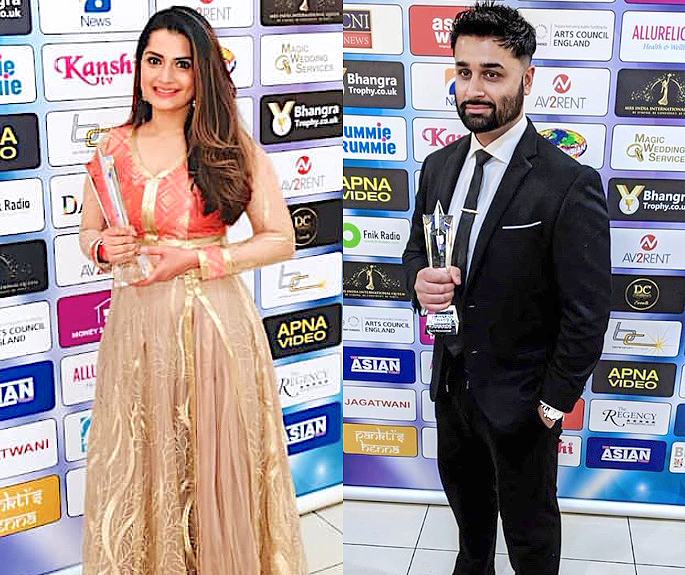 A jubilant Kulstarr exclusively spoke to DESIbitz about his award and congratulated all the category nominees:

“Its an honour and a great privilege to be given the award for ‘Best Newcomer’ at the UKBA 2019.

“I’d like to congratulate all of the nominees in every category, and hope to see more amazing UK talent again in 2020.”

The International Danish Punjaban singer Anita Lerche was full of energy as she was conferred with a ‘Special Contribution Award.’ 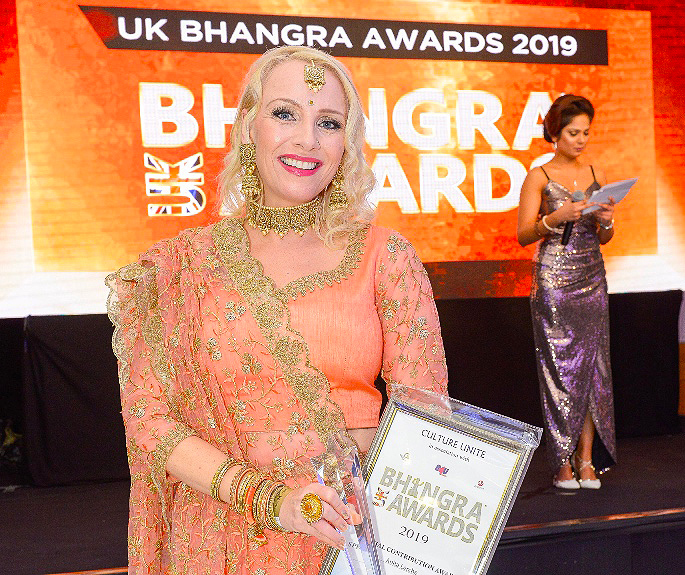 “The love my fans have shown me worldwide by voting for me has touched me deeply.”

“The world needs more Bhangra. This recognition motivates me to continue my work in showcasing the rich Punjabi music, culture and language.”

It was a great night for Shazad Sheikh who also won a ‘Special Contribution Award’ in addition to ‘Best Record Label’ for Kiss Records. 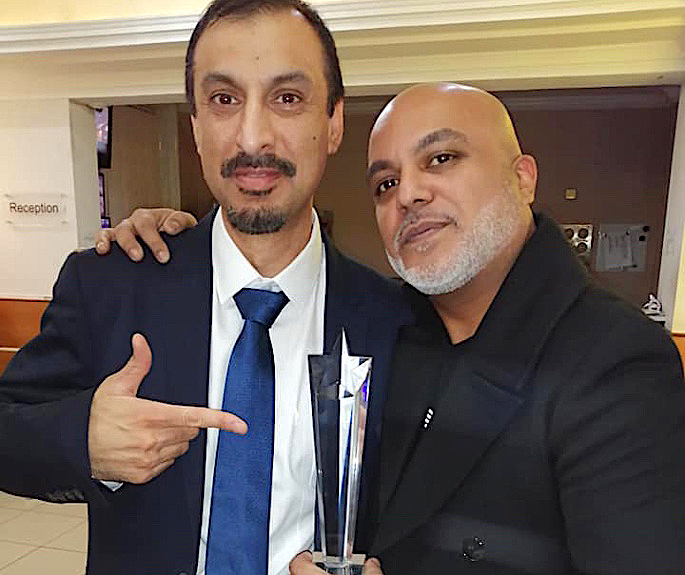 Here is the full winners’ list from the UK Bhangra Awards 2019:

Khadija came on stage once again after all the awards were given. Kamal Chopra was on next, performing to some popular songs including ‘Punjabi Mutiyara.’

The musical husband-wife duo of Jinder Jade and Seetal Kaur had everyone on the dance floor, singing some wonderful tracks.

As everyone was dibbling into the flavoursome main course, there were several other amazing LIVE performances. 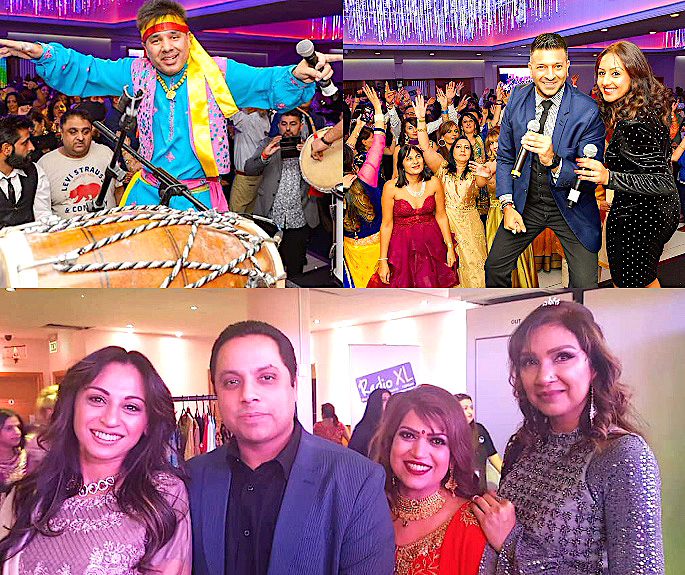 The Bhangra Smash Up, courtesy of Gurcharan Bhujangy was the highly energising grand finale of the night.

Desserts consisting of gulab jamun (milk solid based sweet) and ice cream rounded up a great evening of dinner and dance for the packed crowd.

Organiser Bobby Bola and his team once again put a hugely successful event. He expressed:

“The team at UK Bhangra Awards thank everyone that has made this event a huge success in promoting Bhangra, Culture & Unity.

“Together we have reached out to a global audience and created probably the biggest Bhangra event in the world.”

Event Coordinator Chandni Kahn was the star of the event with her exceptional management of the stage.

The UK Bhangra Awards 2019 was memorable for all those who had attended, promoting culture and unity, along with transcending boundaries.

Bhangra and music lovers will eagerly await the seventh anniversary to take place in 2020.

Meanwhile, DESIblitz would like to extend our congratulations to all the winners of the UK Bhangra Awards 2019.