The 2019 BritAsia TV Punjabi Film Awards were held in London, recognising the great talent in Punjabi films, along with show-stopping musical performances.

"I would love to direct a Punjabi film."

The awards celebrated the very best of Punjabi Films during 2018. There were also awards for special recognition and outstanding achievement on the night.

Fans got to vote online on the BritAsia TV website for their favourite actors and actresses, films, directors and other categories.

All the big stars entertained everyone with some electrifying performances.

DESIblitz provides an in-depth look at the mega event: 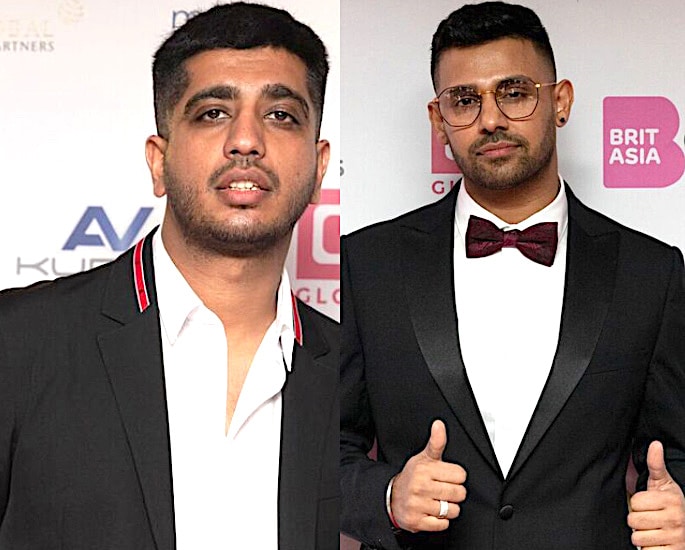 The 5-star hotel overlooking the famous Hyde Park in London brought elegance to the event, fitting for the occasion.

“There’s a progression, there’s an appetite for Punjabi films internationally and we’re given the respect that we deserve.”

“The one thing that Punjabi cinema has done is that it’s changed the way people even consume music. I’m so glad to be here and support the event.”

When asked about if he would want to sing for Punjabi films, he said:

“I’ve done so many songs for Bollywood and even a song for Kareena Kapoor film. So I’ve done the Bollywood thing and still doing it for this year and next year.

“But I haven’t done Punjabi Films and I want to do it, but I’m sure if someone’s listening and they like what I’m doing, reach out you know.”

“The Punjabi film scene is a growing industry, it’s important to support and represent the culture.”

“I just came back from working with Pritam on Brahmastra which is a film coming out this year.

“Punjabi film hopefully can be an option, but it’ll have to be a gangster film.” 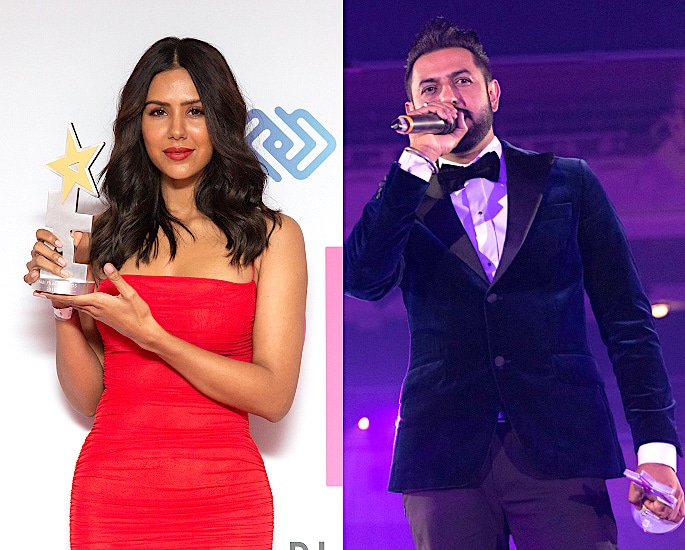 Once everyone came inside, it was time for the show to begin for the awards ceremony.

The film Carry on Jatta 2 (2018) was the name everyone kept calling out.

Qismat (2018) starring Ammy Virk was another popular movie which got a few awards, including ‘Best Soundtrack.’

Actress Tania who was not able to make it due to film commitments bagged ‘Best Supporting Actress.’

The British actor, Jassa Ahluwalia, a new face to the Punjabi Industry, joined in the celebrations.

Jassa who has recently gone viral with his Punjabi skits was wearing traditional clothing with a black velvet jacket.

Ahluwalia presented the award of ‘Best Female Playback Singer’ in his unique comedy style. This was the first of two awards that Mannat Noor received.

It came as no one surprise when Mannat also claimed the award for ‘Best Film Song.’

The Laung Laachi (2018) singer said in her acceptance speech “the song was about love,” which is perfect for the movie. 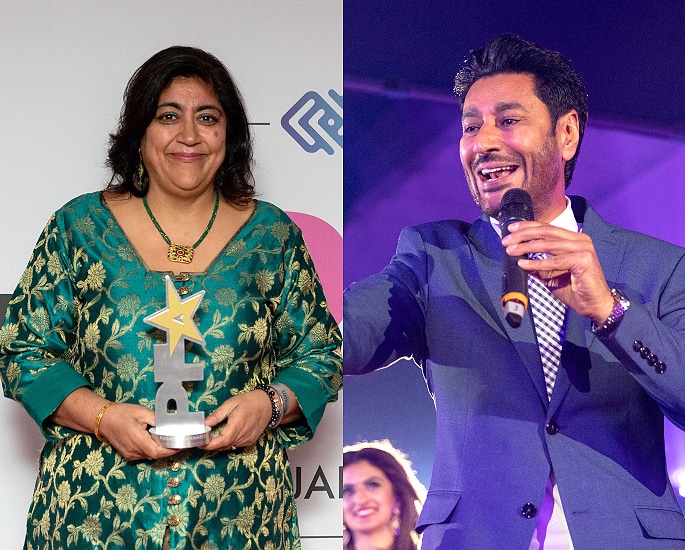 Besides the main categories, there were two personalities who were honoured with special awards.

Bride and Prejudice (2004) director Gurinder Chadha was given a ‘Special Recognition’ award.

“Awards shows are always about putting a spotlight on talent and its very good that a spotlight is being shined on Punjabi Films.

“Punjabi Talent and hopefully this will bring recognition to the industry and make it grow even more.”

The Director went on to say:

“I’d love to get into Punjabi directing if I get the right script. I would love to direct a Punjabi film.”

In his acceptance speech, he spoke about the importance of keeping the culture alive.

Harbhajan has just finished shooting scenes for his new film. He is hoping to release it by the end of 2019.

“Being a singer/actor there will be new music released which will be part of the movie.” 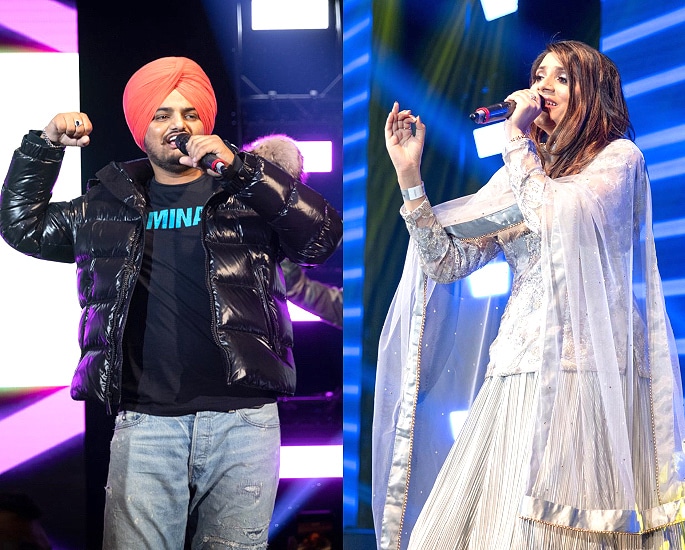 Throughout the evening there were some excellent performances from several artists.

The singer also highlighted the importance of the Punjabi Language.

Most of the performers made sure that at least 90% of what they said was in the mother tongue of the films.

The singer made a huge entrance, coming down the beautiful staircase of the prestigious hotel. grabbing the crowd’s full attention.

Punjabi singer Mannat Noor sang the hit ‘Laung Laachi’ (2018) from the namesake film, along with a dance performance.

The night ended with a great group performance by Malkit Singh, Gippy Grewal and Juggy D.

Stars like Mannat Noor and Binnu Dhillon joined in, wrapping up a great night.

Here is the full list of the BritAsia Punjabi Film Awards 2019 winners: 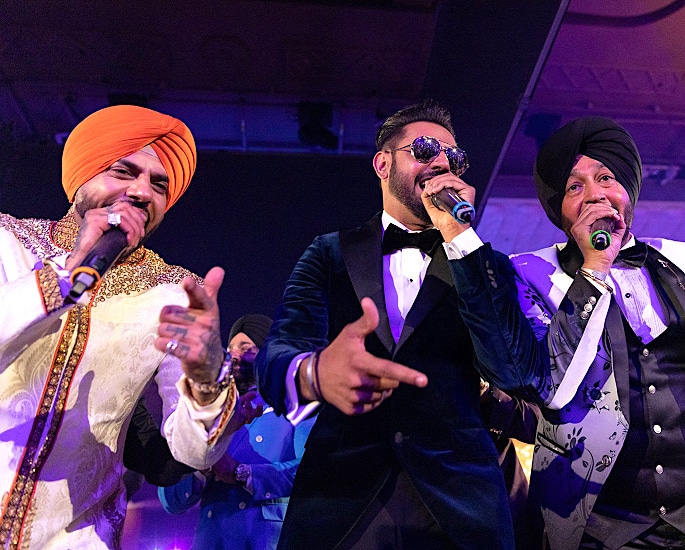 The 2019 PFA held in the UK’s capital was a huge success. It celebrated core Punjabi morals and culture, along with acknowledging contributions to the film industry.

The entire Brit-Asia team put in a lot of effort to make sure the event well smoothly.

“It has been an honour to be able to hold the Punjabi Film Awards in London this year.”

“It is fantastic that we can bring stars from all over the world for one night, to celebrate and honour their talent.”

All eyes will be on how the Punjabi film industry will do in 2019, especially with movies such as Manje Bistre 2.

DESIblitz congratulates all the winners and nominees from the 2019 BritAsia Punjabi Film Awards.

Joht is a Media and Communications BA Hons student who likes outdoor sports, music and travelling. Her passions are creating video, art and everything Punjabi. Her motto is “Self love is the most important love”