The 2018 BritAsia TV Music Awards was a glamorous evening celebrating the very best in Desi music. We bring you the winners and highlights from the event.

"My style is fusing English beats with Punjabi Bhangra."

The finest British Asian musical talent came together for the BritAsia TV Music Awards at Park Plaza, Westminster Bridge in London on October 6, 2018.

Following the red carpet arrivals, one of the biggest awards in the British Asian Music calendar commenced with much anticipation.

Celebrities such as Punjabi MC, Naughty Boy and Raghav gathered for a wonderful evening, celebrating the very best in Desi music.

From an international perspective, Punjabi Folk singer Arif Lohar from Pakistan was present at the awards ceremony.

Cricketer Monty Panesar and host Seema Jaswal along with British comedian Kulvinder Ghir were a few from outside the world of music to have attended the event also. 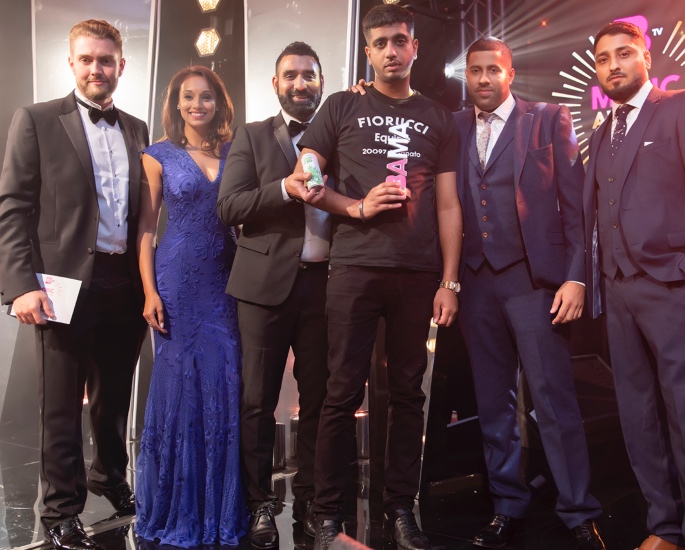 The evening kicked off with Birmingham born comedian Shazia Mirza presenting the award for ‘Best DJ’ to DJ Frenzy.

DJ Frenzy has performed across the globe and even been dubbed as the ‘Remix King.’ Hence it is no surprise that he won this award under the ‘Best DJ’ category.

In spite of having a successful career and getting over 25 million views on YouTube in the last 12 months, the humble DJ felt slightly anxious on the Red Carpet. He spoke to DESIblitz about his music and this event saying:

“My style is fusing English beats with Punjabi Bhangra. I am really excited to be here and I am looking forward to some great performances.

“I am also a little bit nervous because I am nominated for Best DJ.” 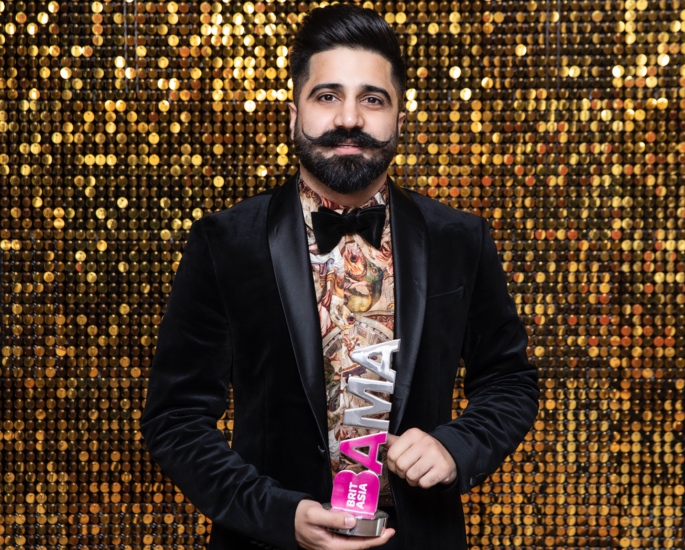 Canadian singer/songwriter Raghav walked away with the ‘Special Recognition’ award. After receiving his award, he followed it up with a wonderful performance to popular Hindi and English tracks.

During his acceptance speech, Raghav mentioned that despite being born and living in Canada, he felt more accepted within the British Asian music scene.

Grateful for this fact, Raghav hopes the support he has had from UK audiences will continue to motor on.

Thrilled to be back in the UK and talking about his next release, he exclusively told DESIblitz:

“I’m living in Canada now so I am very excited to come back for the BritAsia TV Music Awards.

“I have been in the studio with Steel Banglez and we are going to release a song called Mira soon.”

Another reason for Raghav being in the UK, was to promote his new single ‘Until The Sun Comes Up’ starring Bollywood actor Abhishek Bachchan and Grammy-winning rapper Nelly.

The new single had over 150,000 YouTube views within just over a week. 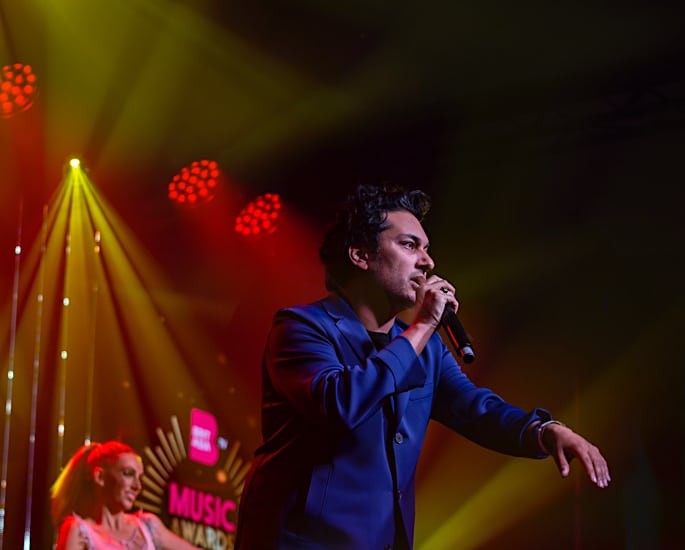 The ‘Outstanding Achievement’ award went to Panjabi MC, who notably drew the biggest cheers from the audience. The down to earth recording artist and producer has worked with the likes of Jay Z and had international hits spanning over 2 decades.

He has released songs such as ‘Mundian To Bach Ke‘ (1998). This global Bhangra hit sold over 10 million copies, making it one of the best selling tracks of all time. A number of artists who had received an award during the evening showed their respect for Punjabi MC, especially of how he had been a big influence on them.

Speaking exclusively to DESIblitz, Punjabi MC shed light on the event, about diversifying the production style in context to his Bhangra roots and future music plans. He said:

“BritAsia has always been really supportive of Bhangra music and it is in my heart. You never know who you will run into here.

“I love Bhangra and the Dhol (drum) is the biggest instrument in the world. I will always take that instrument with me no matter what style I am doing.

“My album is coming out next year called 56 districts. The title is from the 56 districts in Pakistan.”

Bollywood playback singer Mika Singh brought high energy to the stage with his team of dancers. The star who was born in Durgapur West Bengal, India started his career at an early age.

Over 40 now, Mika showed the crowd why he is such a prominent figure in the music world with a great performance.  The songwriter, composer and performer has released several solo albums and had hits with songs such as ‘Bas Ek King’ (Singh is Kinng: 2008), ‘Mauja Hi Mauja‘ (Jab We Met: 2007), and ‘Dhanno’ (Houseful: 2010). 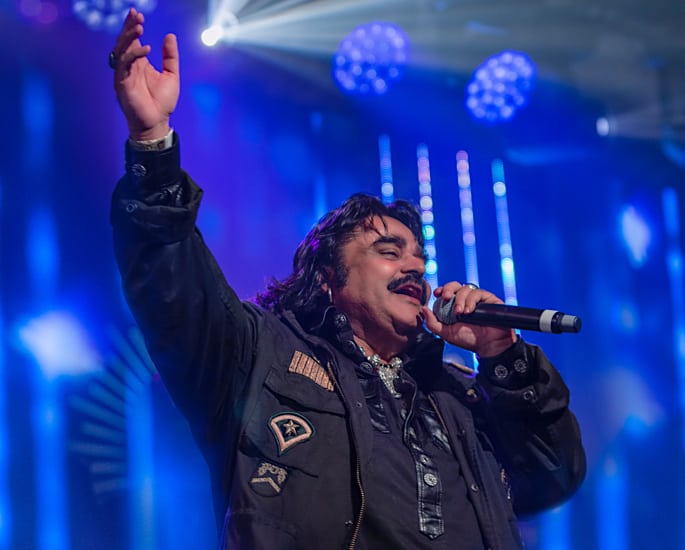 The last accolade of the evening, the ‘Lifetime Achievement Award’ went to Punjabi Folk singer Arif Lohar. The singer who uses the traditional instrument ‘Chimta’ (tongs) then stunned the crowd with his powerful, strong vocals in a performance.

Lohar, an extraordinary talent from Pakistan has performed in over 50 foreign tours during the last 20 years or so. In 2005, the President of Pakistan awarded Lohar the ‘Pride of Performance Award.’

There were quite a few performances on the night including that of G. Sidhu who was backed by a number of dancers.

The music of Sidhu is known for its catchy Bhangra beats and his powerful vocals. His supporting dancers had colourful, eye-catching costumes which added to the energetic spectacle. The singer did not disappoint pleasing the audience with renditions of his songs.

Punjabi Singer Nimrat Khaira (in Hindi) and Preeya Kalidas (in English) gave very stripped back performances which were very soothing. 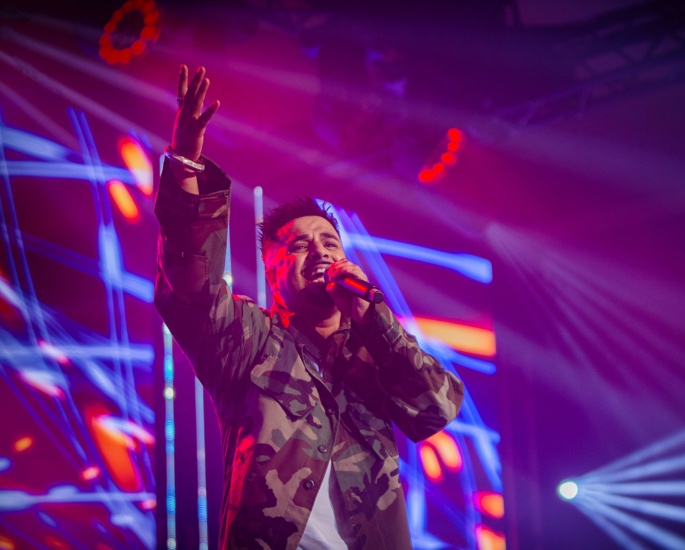 With so many gifted artists who were recognised, here is a list of all the winners from the night:

Music Producer of the Year
Vee

UK Act of the Year
JK 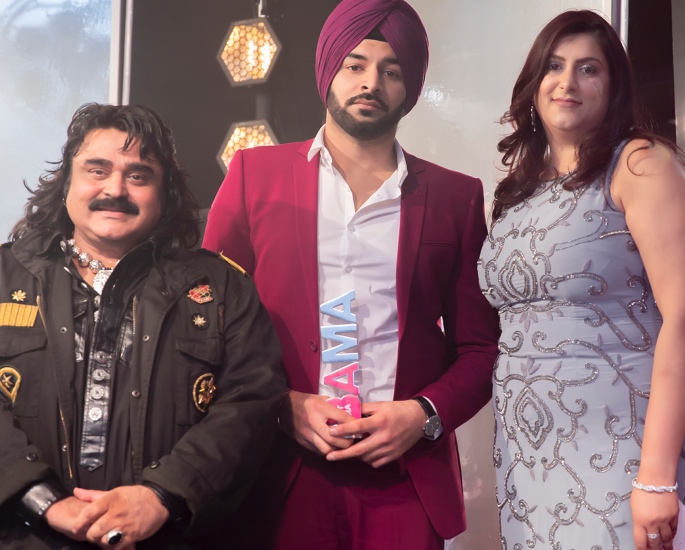 The 2018 BritAsia TV Music Awards showcased and celebrated the achievements of various music artists from the UK, North America and Asia.

The event brought together artists of many styles from Bhangra, Hip-Hop, RnB, Folk and many more.

BritAsia TV continues to provide a wonderful platform for Desi music artists and pulled out all the stops to put on a highly entertaining and glitzy awards ceremony.

Congratulations to all the well deserved winners!

Anusha Nava is singer, songwriter, actor and presenter with a passion for spreading positivity, love and connecting with people. Anusha lives by one motto ‘The difference between dreams and reality is called action.’