Shazia Mirza is a hilarious British Asian stand-up comedian. Her personal, honest and unapologetic humour makes her one of the funniest women in the UK.

"I watch my neighbours, I stalk people, and that’s how I get my material"

British Pakistani Shazia Mirza is widely considered as one of the funniest women in the UK.

Known for her controversial one-liners and bold anecdotes, her stand up performances regularly invite shock and laughter to her multitude of fans.

Her comedy is aggressively brave and unapologetic, and it is refreshing to see a British Asian women so courageously defy every single stereotype made about her faith, gender and race.

While Shazia quips: “I’m not funny in real life, only when I’m getting paid,” she is not short of hilarious rebuttals and answers during a special Gupshup with DESIblitz.

Born up in a conservative household in Birmingham, Shazia was actually a science teacher to 16-year-old boys in London’s Tower Hamlets (rapper Dizzee Rascal was one of her students), before she took the ultimate plunge to take on comedy, which came almost by accident.

Shazia initially took up a comedy writing course to explore other avenues away from teaching. It was here where she realised her natural talent for writing and found her first stage and her first audience, talking about her personal grievances with facial hair as an Asian woman:

“It was weird because I stood up and everybody started laughing, and it wasn’t meant to be funny, it was just meant to be personal.” 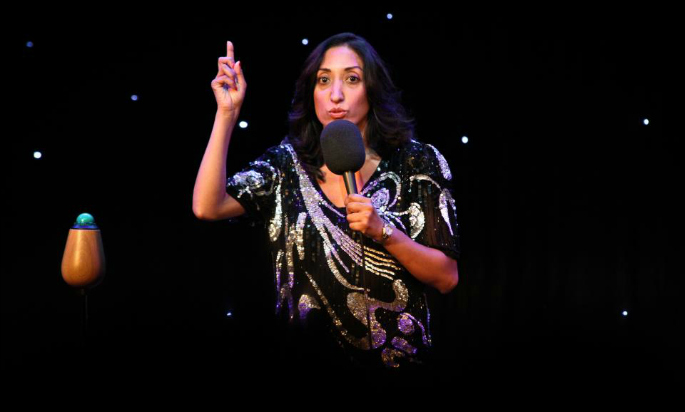 In 2001, Mirza won the prize for the ‘Best New Act’ at the London Comedy Festival.

Her knack for brutal honesty and a personal approach is what sets Shazia apart, and the comedian admits that she loves hearing people laugh as she performs on stage, almost as if it were a drug:

“I tried these small gigs above pubs, three people and a dog, and the dog thought I was hilarious, so I carried on.”

The comedian takes inspiration from all around her. While family upbringing and her British Pakistani identity from Birmingham is regularly mentioned, including her mum’s insistence on her getting married, Shazia’s comedy also draws in current and social affairs:

“From life really, I listen to people’s conversations. I eavesdrop on people, I watch people through my bedroom window, I watch my neighbours, I stalk people, and that’s how I get my material, from life,” Shazia jokes.

Shazia has through her vibrant career had the opportunity to tour and perform in all parts of the world, including the UK, Europe, Canada, and the USA. She even took her comedy to India and Pakistan to great success:

“I was the first British comedian to perform in Pakistan and the shows went brilliantly. It was underground in the basement of this building, there was no advertising and it was all word of mouth!” 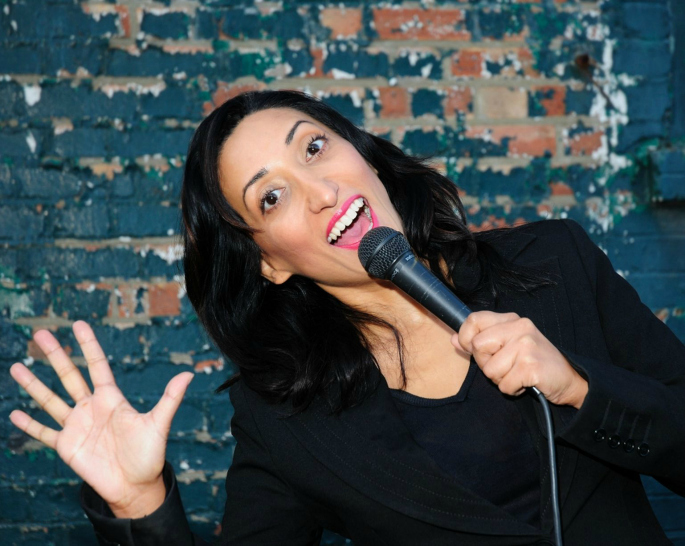 While Sweden is a favourite destination for Shazia, because of the immense support the country has shown her, she modestly tells us: “Different countries have a different sense of humour, but it just depends on how funny I am!”

While stand-up remains a regular highlight of Shazia’s comedy, so does her writing. She has written for The Guardian, New Statesman, and Dawn News.

She even won Columnist of the Year 2008 at the prestigious PPA Awards. Shazia also makes regular radio and TV appearances, including The Wright Stuff on Channel 5.

Her comedy is satire and unique with a comical edge which most comedians would not try, never mind a British Asian woman! With in-your-face jokes and excellent comedy sketches, Shazia will have you in stitches of laughter, giving you a night to remember.

Shazia’s latest UK tour is the politically charged, ‘The Kardashians Made Me Do It’, which openly tackles terrorism.

In a Loose Women appearance, Shazia said: “This is my funniest show, the funniest show I’ve ever done, and I think it’s just because I’m telling the truth.

“Everything I say in it is true, I relate it to my upbringing, and everybody agrees with me.”

It is clear that Shazia Mirza is a modern British Asian woman who is in no hurry to conform to her cultural traditions. 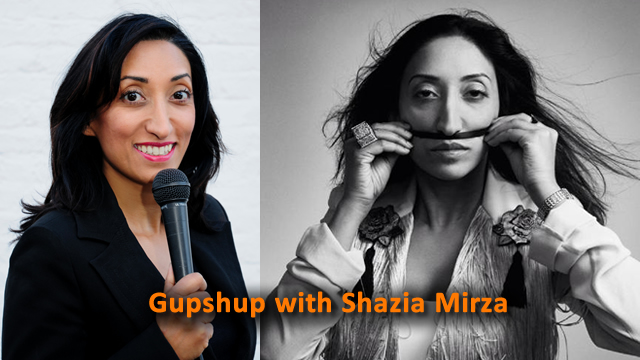 Honest, brave and undeniably hilarious, Shazia is a genuine role model for many young Asian and non-Asian girls and boys all over the world.

For more details about Shazia Mirza and her current tours, please visit her website here.