Cricketer Yuvraj Singh has married Hazel Keech in a huge ceremony in Chandigarh. But, this is just day one of the wedding ceremonies.

Yuvraj Singh and actress Hazel Keech have finally tied the knot in Chandigarh on the 30th of November 2016.

The 34-year-old cricketer’s Sikh rituals to the actress were held yesterday at the Fategarh Sahib Gurudwara.

It is not the only ceremony to take place. As the Gurudwara ceremony marks the first day of two wedding ceremonies. The Hindu rites will take place in Goa on the 2nd of December 2016.

This will be followed by a reception in Delhi on the 7th of December.

The Mehendi took place on Tuesday the 29th of November. The 29-year-old actress wore a gold lehenga. Keech’s mehendi reportedly took 3 hours, according to First Post.

This was followed by the couple’s sangeet night/Ring ceremony and cocktail party.

Singh’s fellow cricket team joined in on the celebrations. He wrote on his Twitter: “Starting a new innings today! Thank you for your love.”

For the ring ceremony, Singh was dressed in black, whilst Keech chose a black embellished jacket atop a gold lehenga. The cricketer chose couturier JJ Valaya as his designer.

Yuvraj Singh proposed to the actress in Bali, in 2015. The lovers also got engaged in Bali. 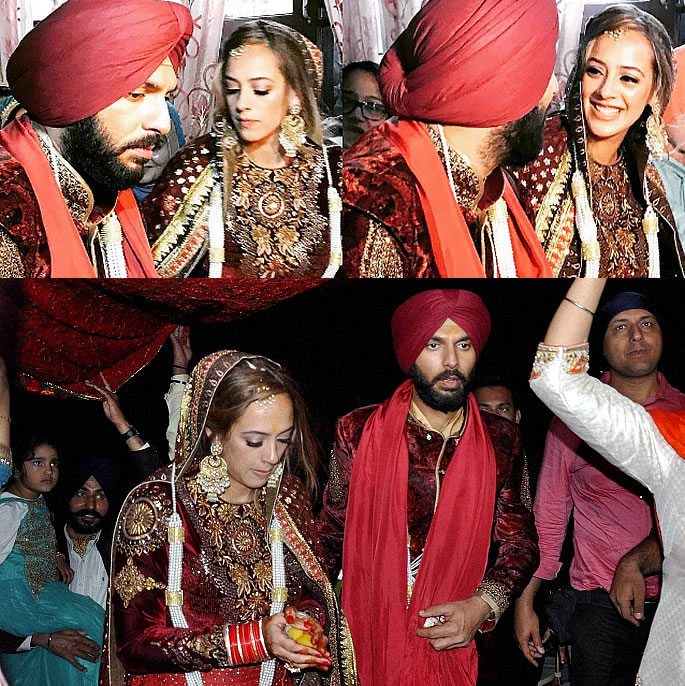 At a press conference on Tuesday, Virat Kohli, one of Singh’s team members, said:

“There’s a gathering at the hotel. The whole team is invited. We will all go there and it is a coincidence that we have won. We have a chance to celebrate in the evening.”

The couple’s blissful romance began in 2014. Yuvraj Singh had been interested in Keech and asked her out for coffee on a number of occasions. They originally met at a party in 2011. Despite this, Keech did not agree to a coffee date until 2014.

Their wedding plans began a year ago, where the couple announced plans to include a Sikh and Hindu ceremony.

The new couple are due to spend the 2nd of December in Goa. Another lavish day can be expected.

Alima is a free-spirited writer, aspiring novelist and insanely weird Lewis Hamilton fan. She's a Shakespeare enthusiast, with a view: "If it were easy, everyone would do it." (Loki)
Muhammad Waseem retains WBC Silver Flyweight Title
Nungshi and Tashi Malik talk Explorers Grand Slam Record