Nungshi and Tashi Malik are two of just 51 people to ever complete the Explorers Grand Slam. They tell DESIblitz all about their incredible experience.

“We feel very proud to have put India on the Explorers Grand Slam list.”

After successfully skiing to the North Pole, the women from Haryana, India, became the first twins, first sisters, and first South Asians to complete the challenge.

At just 24 years-old, Nungshi and Tashi Malik also became the youngest people to achieve the feat which involves climbing the highest peak on each continent and skiing to both Poles.

When Nungshi and Tashi Malik visited the UK as brand champions for Armadillo Merino, DESIblitz couldn’t resist speaking to them.

Now 25, the twins look back on their tough two years trying to complete the Explorers Grand Slam. They also discuss gender equality and tell us which mountain they will conquer next.

What is the Explorers Grand Slam? 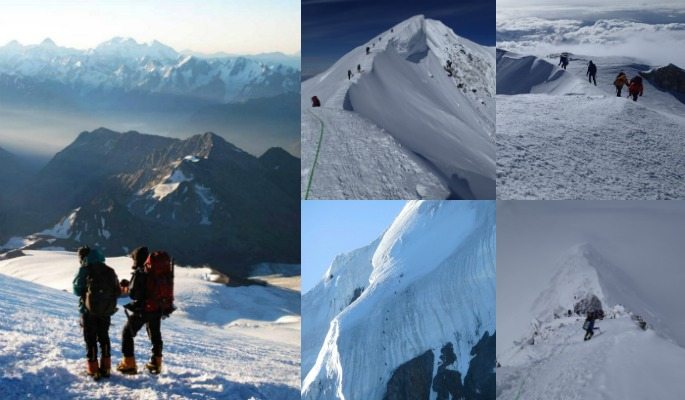 The Explorers Grand Slam is a challenge to reach both the North and South Pole, as well as climb the highest peaks on each continent.

In order to complete the challenge, adventurers must climb the Seven Summits.

Nungshi and Tashi Malik began by climbing Mount Kilimanjaro in 2012. They then became the first female twins to scale Mount Everest in 2013, earning the nickname ‘Everest Twins’.

Soon after Everest, they climbed Mount Elbrus, in Russia, before climbing Aconcagua, the highest mountain outside Asia, in 2014. 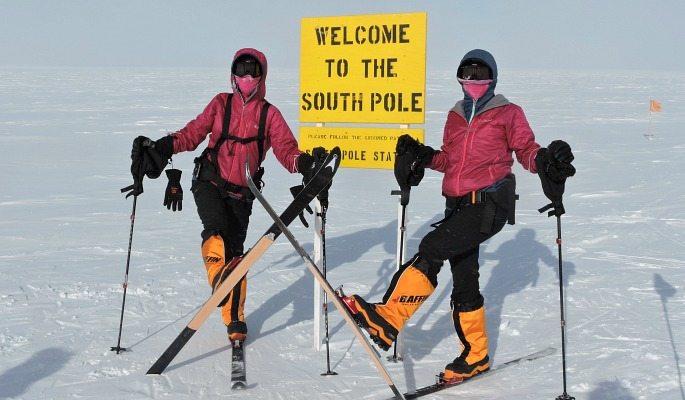 2014 was a busy year for Nungshi and Tashi Malik as they also scaled the Carstensz Pyramid, Mount McKinley, Mount Vinson, and made it to the South Pole.

On April 21, 2015, the ‘Everest Twins’ officially completed their Explorers Grand Slam when they reached the North Pole. As of December 2016, only 51 people have ever completed the challenge, showing just how difficult it is.

Nungshi and Tashi Malik were the 30th and 31st explorers to complete the challenge, and only the 9th and 10th women. 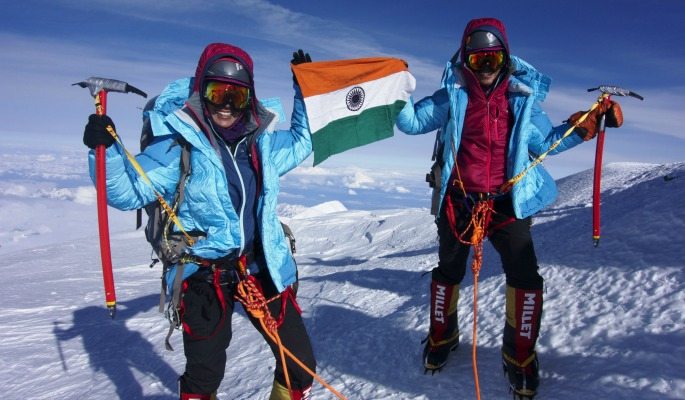 Here’s everything Nungshi and Tashi Malik had to say about their journey to incredibly completing the Explorers Grand Slam.

How did you get into mountaineering and how do you train for a climb? 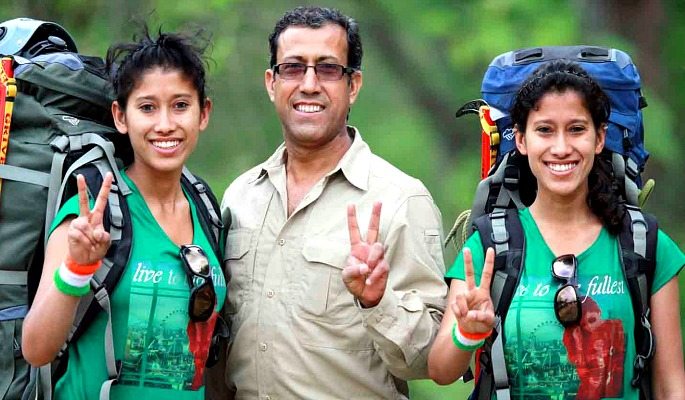 “We’ve never looked back since, it’s like the mountains cast a spell on us. We always hit the slopes of the Himalayas and actually train a lot before any expedition. Training cardio, strength and yoga is all part of our usual daily routine, but we customise it ahead of the climb we have ahead.”

Tashi: “Everest [was the most enjoyable] because it was our first 8000m peak. Spiritually it was very enchanting, and it was just a beautiful expedition. However, having said that, every mountain has had its own uniqueness to it, and I have respect for all of them. It’s been a great, great journey just being on them.

“If I was to ignore the ski to the poles, I would say our climb of Mount McKinley in North America was hard-core. I remember there were about 500 climbers, to begin with. But 400 or so people retreated back to the base camp because of the bad weather conditions towards the summit. 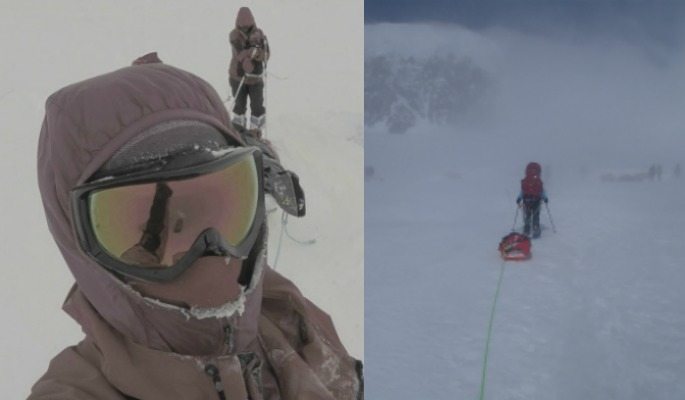 “So as we were progressing higher, everybody we met was calling us mad and suicidal because of the really harsh conditions. But we could not help but give it a go.

“We made it to camp four where we were stuck in a snowstorm for a week. We were holed up in camp, living in a small tent for a week without being able to go out. But we were part of very few to complete it.”

So how was your experience in the North and South Poles?

T: “The North Pole and South Pole are a different ball game completely. It was always hard to motivate ourselves to keep going in the Poles.

“The load that we were carrying weighed around 70kg. To pull that for 16 or 17 hours every day, with storms hitting your face, just to go 20 kilometres. The whole experience was very challenging.”

As siblings, how do you get on with each other in the mountains?

T: “When we were kids, we would do activities together and we were the best of friends. In climbing, you need a partner who you can trust your life with. We cherish our friendship, and we’ve realised that we can achieve a lot more as a team.  We’ve worked really well together.” 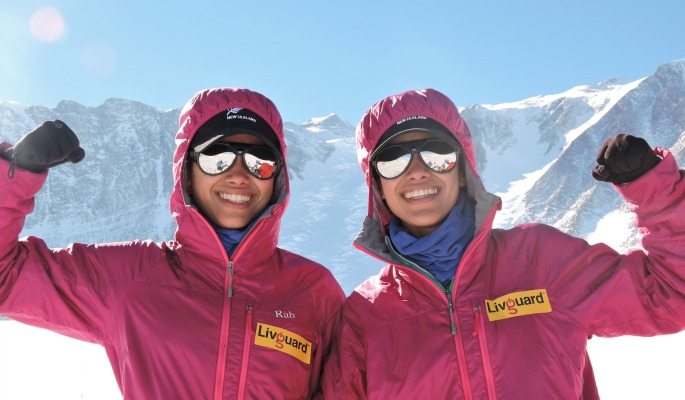 Do your achievements show that Indian women can pursue their dreams?

N: “Mountains do not discriminate and that’s one of the reasons why we fell in love with them. They don’t know whether you’re a girl or a boy. But, being women, particularly in mountaineering, you have double the challenge.

“Initially we climbed Mount Everest for the passion of it. But our long-term mission was to raise awareness about the ongoing gender violence and discrimination against girls and women in our hometown of Haryana.

“From earlier days in our life, we had become acutely aware of the ‘daily mountains’ being faced by millions of our girls, especially in villages. Mountains of denial of basic human rights and even the right to life.

“There are these heinous crimes leading to widespread female feticide and infanticide so we just wanted to raise awareness about that, and of course, to inspire a lot of girls from these communities to dream big and achieve big.” 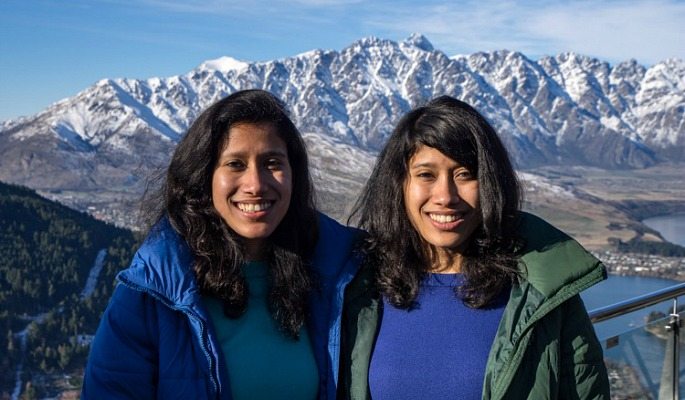 T: “We have made an impact for sure. Especially with parents who have just daughters, they have been really moved by our story. When we hear good things about them wanting to support their own daughters it is really rewarding. So our personal journey became something that is global.

“There is no mountain too high or too small. If you are committed and passionate about something, you just have to give 100 percent. We all have invisible mountains to climb, but you have to always keep a positive mind and cherish being a woman.”

Does the NungshiTashi Foundation support women?

N: “We came up with this foundation and established it in 2015 just after completing the Explorer’s Grand Slam. The NungshiTashi Foundation is dedicated to advancing the lives of Indian girls and women through adventure sports and mountaineering.” 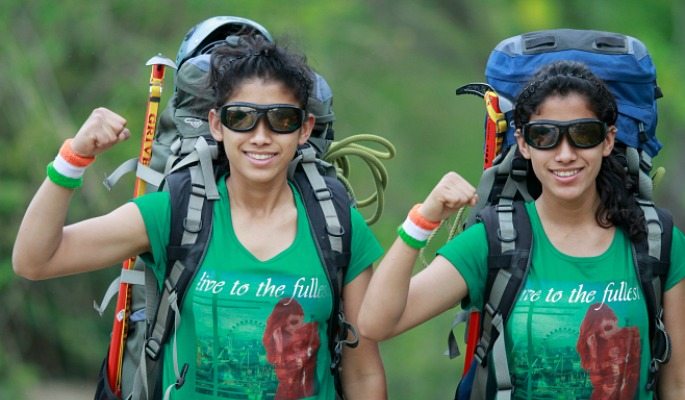 T: “One of our goals was to start NungshiTashi Foundation to focus all our girl empowerment activities through one organisation. And I must say, through its magnificent completion, we already have been able to more than achieve our initial aims and objectives.”

You’ve done so much already, what’s left to do?

N: “A sense of adventure will continue to be a large part of our life. Our immediate plan is to attempt Mount Cook, which is New Zealand’s highest peak, in December. But apart from that, right now we are just focusing on our foundation. We want to inspire other girls to come outdoors and make a difference.”

T: “We’d love to [write a book]. Having experienced it all, we’d love to share our story of survival and everything else. Definitely, in the future, we do have a book writing plan.”

Find out more about Nungshi and Tashi Malik 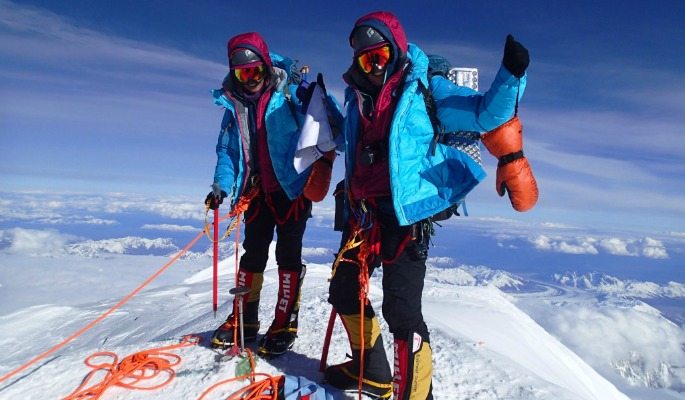 When DESIblitz spoke to Nungshi and Tashi Malik in September 2016, the ‘Everest Twins’ were in the UK as part of the Armadillo Merino Champion programme.

But now, they are in New Zealand preparing to begin their climb of Mount Cook.

You can keep up to date with every step of their ascent by following Nungshi and Tashi Malik on Facebook and Twitter.

You can also find out more about the NungshiTashi Foundation by clicking on the link.