Rishabh Pant is the Next Star of Indian Cricket?

Rishabh Pant is showing exactly why he could be the next star of Indian cricket after some incredible performances for Delhi in the 2016/17 Ranji Trophy.

Pant has hit a sensational 99 fours and 49 sixes so far in the Ranji Trophy.

The wicket-keeper is currently competing in the 2016/17 Ranji Trophy. He is part of a Delhi team which also features the dangerous batsmen Gautam Gambhir and Shikar Dhawan.

Together, Gambhir, Dhawan, and Rishabh Pant make up Delhi’s extremely dangerous trio of left-handed batsmen. And it is easy to see why they are so feared by opposing teams.

Gambhir and Dhawan are, of course, experienced Indian internationals, but why should teams fear the youngster?

Here’s exactly why you should keep a careful eye out for the name Rishabh Pant in Indian cricket. 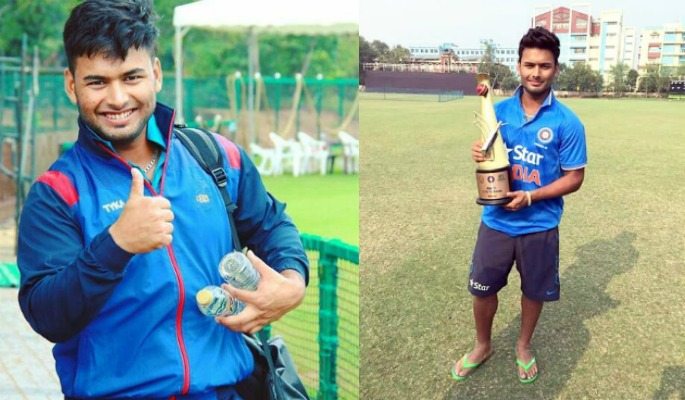 Since making his debuts in first-class and List A cricket in late 2015, Pant has been in sensational form.

In February 2016, at the Under-19 Cricket World Cup, the left-hander hit a stunning 18-ball fifty against Nepal. This remains the fastest half-century at that level.

Just days later, the promising Indian talent was bought for Rs 1.9 crore by the Delhi Daredevils in the IPL.

On that same day, February 6, Rishabh Pant smashed a century against Namibia to fire India into the semi-finals of the U-19 tournament.

Despite India eventually losing the final against the West Indies, they certainly uncovered a gem in Rishabh Pant.

Since that tournament, the wicketkeeper has made his debut and featured regularly for the Daredevils in the IPL.

But now he is playing first-class cricket for Delhi in the 2016/17 Ranji Trophy, and he’s been unstoppable. 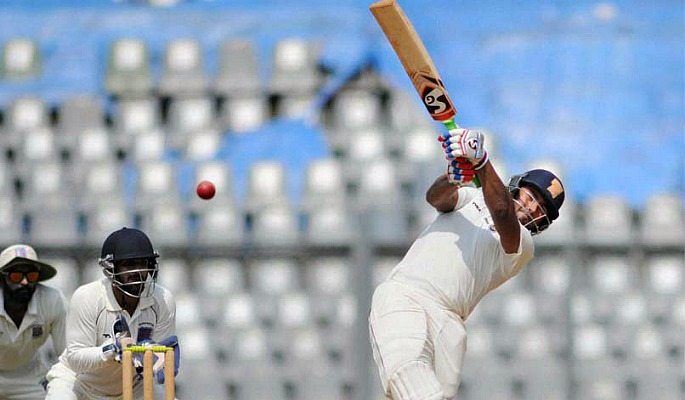 In eight matches and eleven innings for Delhi so far, Rishabh Pant has scored 943 runs. That is the third highest amount of runs scored by a player in the tournament so far.

After making that massive total from 837 balls, it gives him an amazing strike-rate of 112.66, which is comfortably the best in the Delhi team.

His strike-rate is also the third best from all players who have played more than five matches in the competition.

His big hitting has also fired Delhi into fourth place in Group B of the Ranji Trophy. Crucially, however, Delhi’s net run-rate is also the best in the group at +0.586 thanks to Pant.

Rishabh Pant has hit a sensational 99 fours and 49 sixes so far in the Ranji Trophy. His amount of maximums is by far the best, with Ishan Kishan hitting the second most number of sixes, 26.

The talented, young Indian also has the joint-most amount of centuries in the Trophy so far with four. One of these includes the fastest ever century in the Ranji Trophy – from just 48 balls – on November 8 against Jharkhand.

Unforgettably, Rishabh Pant scored an amazing 308 runs against Maharashtra in October 2016, meaning that he also has a first-class triple century to his name.

These are some truly extraordinary statistics for a 19-year-old, and Pant is surely the next star of Indian cricket.