Recent tweets by Amir Khan and Kell Brook are hinting that a super-showdown between the two fighters is close to being announced. DESIblitz reports.

Boxing fans may not have much longer to wait for a super-showdown between Amir Khan (30) and Kell Brook (30).

Recent tweets by the two welterweight fighters suggest that an eagerly anticipated fight could take place in March 2017.

With both fighters trading insults on Twitter, Khan-Brook could be one of the biggest ever grudge fights in boxing history.

Promoter Eddie Hearn is leading talks between the two teams, and the bout is seemingly closer than ever.

A potential match-up would represent an immediate route back to the top for both Khan and Brook after recent defeats.

DESIblitz looks at the hints which are suggesting that Amir Khan will face Kell Brook in 2017.

What Amir Khan and Kell Brook are saying 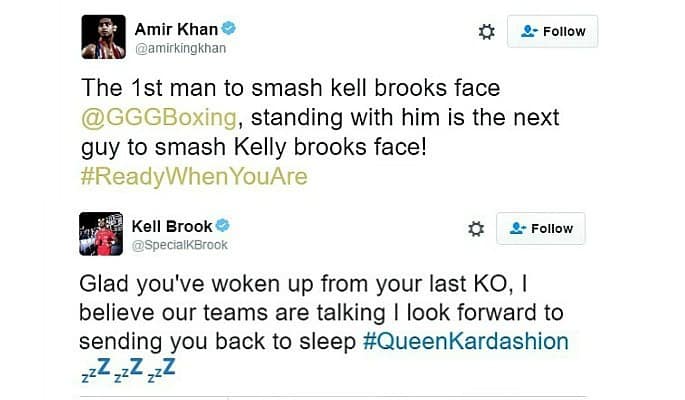 Amir Khan and Kell Brook have both spoken out about a potential fight. The duo have traded insults relentlessly in recent years, but now it’s even more intense.

Speaking exclusively to talkSport, Brook says: “We need to get that drama queen signed up and get rid of him for good. I’m ready to do the job, get in there and end his career. He needs to be gone from boxing, to be honest, and I’m the man to do it.”

Amir Khan, meanwhile, explains that he’s already looking past Brook to the next fight. Speaking to badlefthook.com, Khan says:

“I don’t mind having that [Kell Brook] as a tune-up fight before I go into big fights. We’re in talks, I’ve left it to my team. I think [Garcia-Thurman] is going to happen in March, so maybe my March fight can be a tune-up and then go straight into a big fight towards the end of the year with one of the winners.”

Khan is already looking at the winner between the WBC champion, Danny Garcia, and the WBA champion, Keith Thurman.

Why Both Fighters Need this Fight 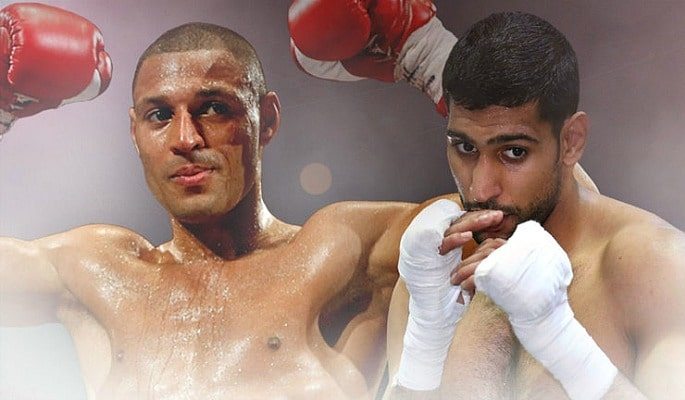 Kell Brook is the current IBF welterweight champion with a record of 36-1-KO25.

But after stepping up to compete at middleweight level in September 2016, Brook lost his unbeaten record.

After losing by TKO to Gennady ‘Triple G’ Golovkin, Brook is desperate to re-establish his otherwise incredible reputation.

It is a similar story too for Amir Khan. He suffered a brutal knockout by Canelo Alvarez in May 2016 after also attempting to compete in the middleweight division.

With a record of 31-4-KO19, the former light-welterweight world champion is looking to rise to the top again.

Defeating Kell Brook will go a long way in helping Amir Khan achieve his goal of fighting the winner of Garcia-Thurman.

2017 is looking to be a massive year for boxing. Khan-Brook could potentially add to Garcia-Thurman, Joshua-Klitschko, and a Chisora-Whyte rematch.

Rishabh Pant is the Next Star of Indian Cricket?
Which Sports pay the Most Money?