Following his defeat to rival Kell Brook, it is indicated that Amir Khan will walk away from boxing for good.

"The love for the sport isn't there anymore."

Although both men are in the twilight of their careers, the fight did not disappoint.

There was no hesitation from either fighter as Khan demonstrated his hand speed.

But Brook landed the more damaging punches, hurting Khan twice in the opening round.

Khan tried to fire back but Brook continued with the more accurate punches.

The Bolton boxer showed heart as he withstood late-round onslaughts from his rival in the third and fourth, while he survived a barrage of punches in the fifth.

But the thrilling bout came to an end in the sixth round.

Brook continued to batter Khan until the referee stepped in and ended the contest. 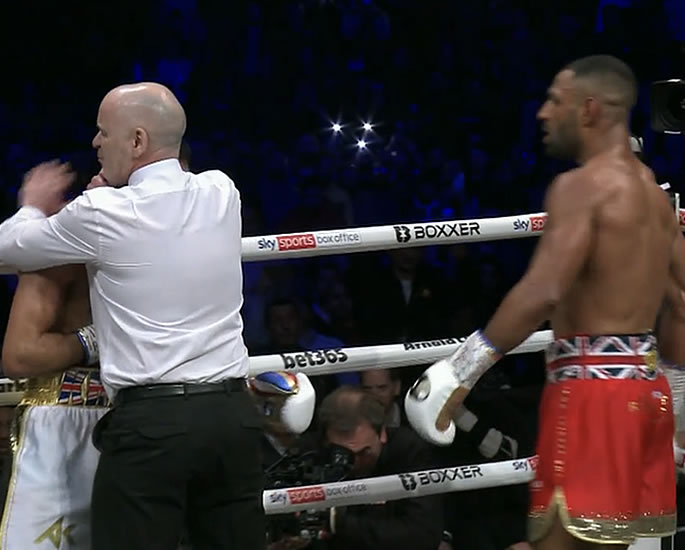 Afterwards, the rivals showed respect to one another, putting an end to one of the most bitter and long-running feuds in British boxing.

The loss leaves Amir Khan with a record of 34-6 and now, there are indications that it was his last fight.

Prior to his fight against Brook, Khan had stated that he would retire afterwards.

The 35-year-old had said: “I leave it to God to decide which round I knock Kell Brook out.

“People ask me what I’m doing after this fight. I’m done, man.”

But shortly after, Khan seemed to make a U-turn on his retirement plans.

He previously told SecondsOut: “Let’s see where it goes. Because look, I’m going to see how this training camp makes me as a fighter.

“I mean, I might feel so good that I might want to do another one. I’ve never been pushed this hard in my career in any training camp.

“Training this hard, I know I can do it. And if I felt a little bit old that I had to retire, or felt beaten up, I wouldn’t have done it.

“I’ve been running with guys that are younger than me, who are like in their early 20s, out-sprinting them and beating them.

“And my times are better. A lot of the younger guys when I’m running the hills. I’m sparring well, I’m throwing more punches than fighters younger than me.

“So I don’t know. There’s nothing telling me I should call it a day yet.” 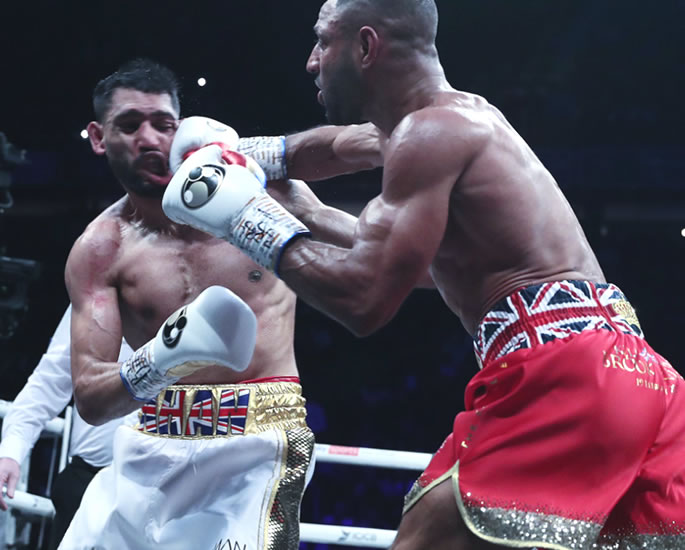 But after his loss to Kell Brook, a bruised and battered Amir Khan hinted at retirement.

He told Sky Sports: “I’ve had 40 fights, winning two world titles, fighting in America and around the world.

“I need to sit down with my family. But it is more towards the end of my career

“The love for the sport isn’t there anymore.

“In the ring, I didn’t have excitement and that push.

“That’s maybe a sign that I should call it a day. But let’s see.”

“The first time I felt like this was when I fought Bud Crawford.

Stating that retirement was an option, Khan said:

“It’s something to think about it, definitely.

“I’ve always said I don’t want boxing to retire me, I want to retire from boxing before it does that.

“Punishment like that sometimes in boxing, I know I showed a big heart and took some big shots today, but sometimes too much of that can be harmful in the future.

“I’ve done more than I ever expected.

“I’m an old man now. I want to spend time with my kids and my family.

“I want to be there for my family, I want to take them to school and be that father.” 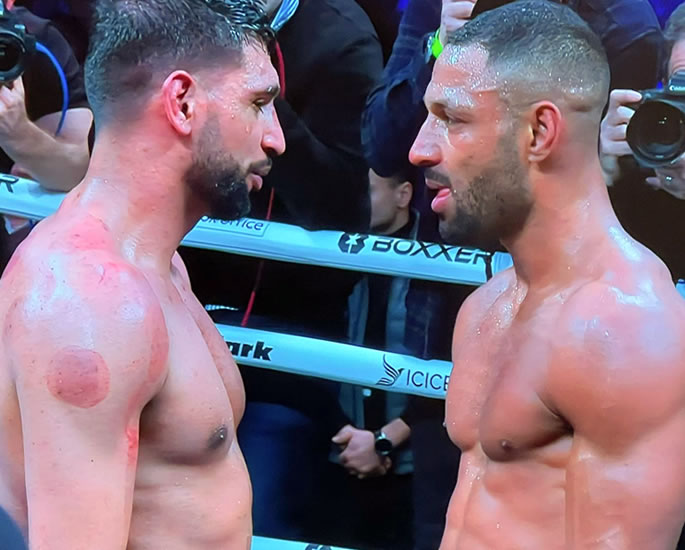 He said: “Credit goes to Kell, he put on a great performance.

“No excuses – the better man [won]. He boxed out of his skin. I never expected that from him.

“The training camp I had for the fight was the best training camp. I don’t want to have anyone blame [his coaching team] because they did everything they needed to.

“I put my hands up and take full fault. We didn’t leave any stone unturned.”

While Khan has hinted at retirement, fans believe that was his last appearance inside a boxing ring and took to social media to praise his legacy.

One person said: “Amir Khan, what he’s done for South Asians, he will always be a king.”

Amir Khan. Olympic Silver at 17. Commonwealth title at 20. World Champion at 22. Unified World champ at 24. Fought 16 World titlists, beat 11 of them. Headlined in New York, head lined in Vegas. Fight of the year vs Maidana. Achieved more than most fighters we have seen. Respect pic.twitter.com/LYQtWq0DxI

Another said: “Amir Khan showing complete class. Staying in the ring. Embracing Kell Brook. Going to do the post-fight interview. Most would have already left the ring.

“If this is his last fight, he deserves enormous applause. Amir Khan has had a fantastic career.”

One user wrote: “How can you not like Amir Khan?

“The man is a legend and a genuinely nice guy. Saw this side to him on I’m a celebrity. Enjoy retirement champ.”

One person called for Khan to be given a knighthood, writing:

“Amir Khan has never been given credit for the amazing work he has done, his work for the community and charity as well as his dedication to boxing.

Meanwhile, Kell Brook also admitted that retirement was on his mind but considered another fight. 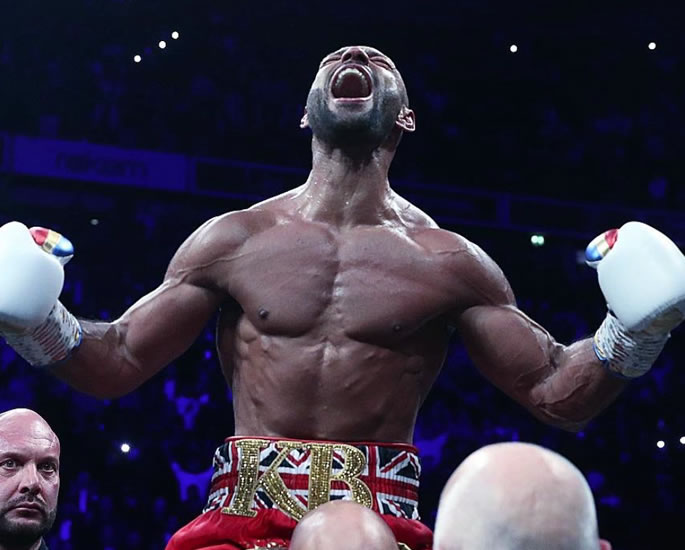 He said: “I can live at peace with Amir Khan on my record.

“My mojo is back and I love this game. We will listen to loved ones and see, but I’m back, baby.

“I can walk away but I could fight [Chris] Eubank [Jr]. I don’t like Eubank. If the fight is right I will fight – I’m a prizefighter.”

Amir Khan’s loss and previous retirement admissions suggest that he will indeed walk away from boxing.

If it was his last fight, he has certainly left a lasting legacy on British boxing.