Which Sports pay the Most Money?

DESIblitz breaks down the earnings of the Forbes ‘Top 100 Highest-Paid Athletes’ to tell you which sports pay the most in 2016, and it may surprise you.

"Given the recent massive contracts, I would assume the NFL pays the most."

Athletes earn incredible amounts of money each week, but which sports pay the most?

With 2017 fast approaching, DESIblitz examines the figures to bring you the highest paying sports of 2016.

Two British-Asian accountants also weigh in with their thoughts and opinions, but which sport do you think it could be?

Surprisingly, cricket doesn’t make the list despite the IPL being one of the most lucrative sports leagues in the world. So which sports do pay the most?

Despite Virat Kohli being the biggest earner in the mega-rich Indian Premier League, no cricket player features in the 2016 Forbes list of 100 highest-paid athletes.

Cricket, therefore, is not one of the sports which pay the most, it’s not even close. Rather, the list is predominantly made up of athletes who play in American sports. 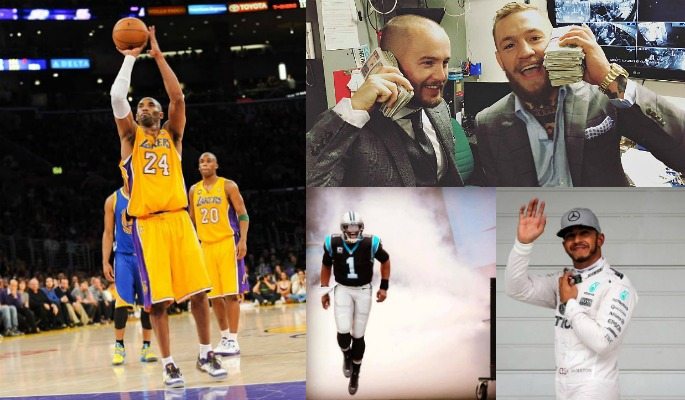 Of the top 10 highest-paid athletes in the world, it is quite an even split across several of those sports.

The top two earners in the world [Cristiano Ronaldo and Lionel Messi] are soccer players. LeBron James, Kevin Durant, and Kobe Bryant, meanwhile, are all basketballers who are among the top 10 highest-paid athletes.

There are two tennis players [Roger Federer and Novak Djokovich] and two golfers [Phil Mickelson and Jordan Spieth]. NFL player, Cam Newton, completes the 2016 Forbes list, meaning that there are athletes from five different sports among the top 10 highest-paid in the world.

But will it even be one of those sports that pay the most, on average, to its athletes? Using the figures in the Forbes top 100 highest-paid athletes, DESIblitz brings you the top average pay in each sport.

We also break it down so you can see, on average, how much athletes are earning from their winnings, salaries, and endorsements.

Which Sports Pay the Most in Salaries and Winnings? 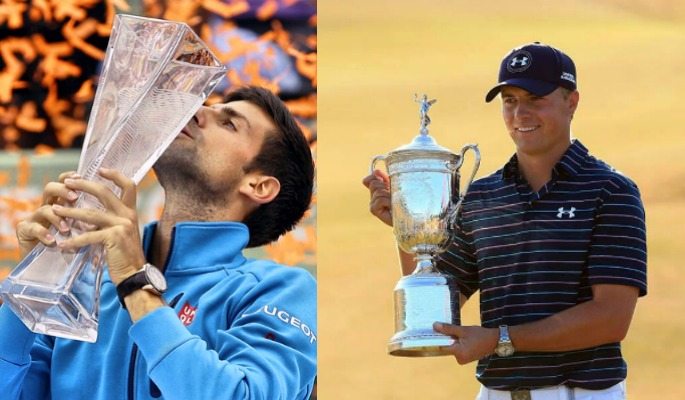 Golfers, tennis players and athletes in combat sports do not earn set wages like those in other sports.

Sportspeople in these sports win their earnings. Fighters in boxing and MMA receive huge bonuses if they win their respective fights, while golfers and tennis players earn more money for the further they progress in a tournament.

Winning any Major in golf leads to a $1.8 million pay-out to the athlete. In tennis, meanwhile, Grand Slam winners can receive anything between $2 – 3.5 million.

But these winnings are relatively minor in comparison to the guaranteed salaries given in other sports.

Soccer stars, Ronaldo and Messi, both earn over $50 million a year. That figure dwarfs the average earnings of a tennis player [$8.2 million] or golfer [$9.3 million]. 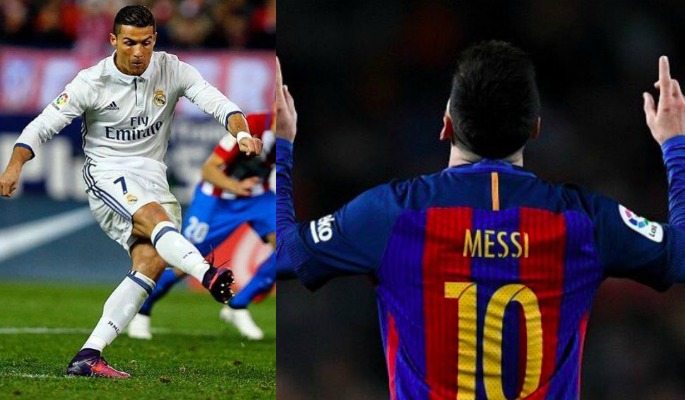 But surprisingly, the average soccer salary is not the highest.

DESIblitz spoke to Ansar, a British Asian accountant, and asked which sport he thinks pays the most on average. He says: “Given the recent massive contracts that have been given out to players, I would assume that the NFL pays the most in terms of salary.”

And it is in fact, the NFL who pay the most to its athletes in terms of wages. The average top American Football salary is $28.6 million but is closely followed by racing which pays $28 million.

Soccer is the third highest-paying sport by salary, paying its top athletes an average of $25.5 million. Baseball follows in fourth with a top average pay of $23.1 million. 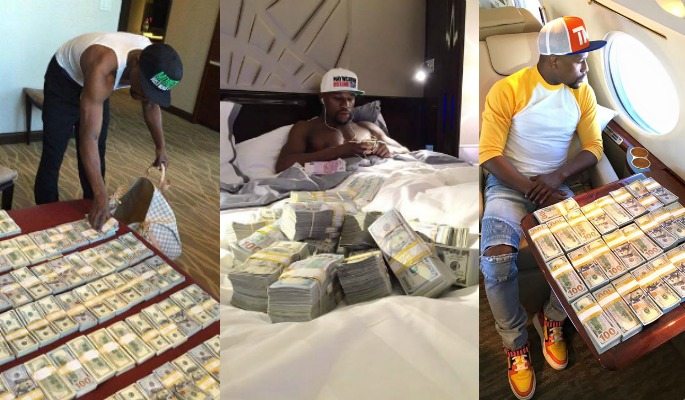 Basketball is the lowest-paying team sport with its athletes earning an average of $19.7 million, but they are ahead of golfers and tennis players.

However, golf and tennis players both earn significantly more than basketballers through sponsorship deals.

While LeBron James earns a massive $54 million from endorsements, not many other NBA athletes are close. After Kevin Durant [$36 million], no other current basketballer earns more than $20 million through sponsorships.

But golf and tennis athletes earn the majority of their money through endorsements. Roger Federer makes $60 million from it while Phil Mickelson pockets an extra $50 million.

Tiger Woods is such a globally recognised name that despite his poor golfing performances in 2016, sponsorship deals made him 99.3% of his overall earnings. 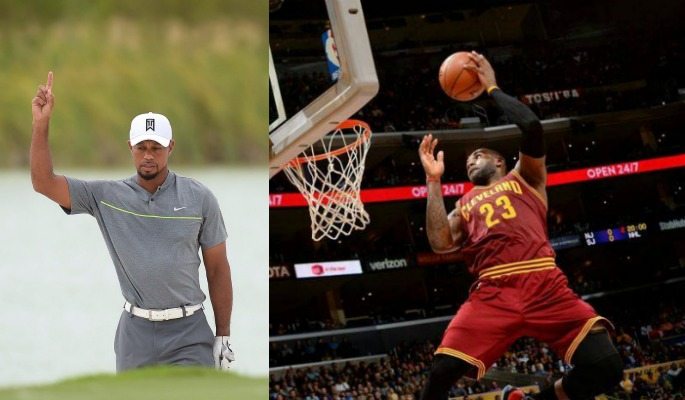 So with endorsements able to completely offset the salary of an athlete, which sport, on average, receives the most money through sponsorship deals?

Four of the five golfers in the Forbes Top 100 Highest-Paid Athletes earn over $30 million from endorsements. Golf’s average of $34.1 million is comfortably the highest, and it’s similar in tennis too.

Each of the seven tennis players on the Forbes list earned over $15 million in sponsorship deals. And they give the sport an average of $30.1 million.

Neelam, a British Asian accountant, is shocked that golf and tennis players earn so much from sponsorship deals. She says:

“79% of the top tennis players’ pay comes from endorsements. No wonder they stay at the top when the big names of the sport are making so much from not actually winning. I mean look at Tiger Woods!”

They both eclipse other sports in terms of endorsements. Basketball pays the third most at an average of $13.1 million, while soccer players receive around $11.4 million.

Athletes in combat sports, racing, baseball, and NFL all receive relatively little through endorsements in comparison to their high salaries.

Which Sports Pay the Most Overall? 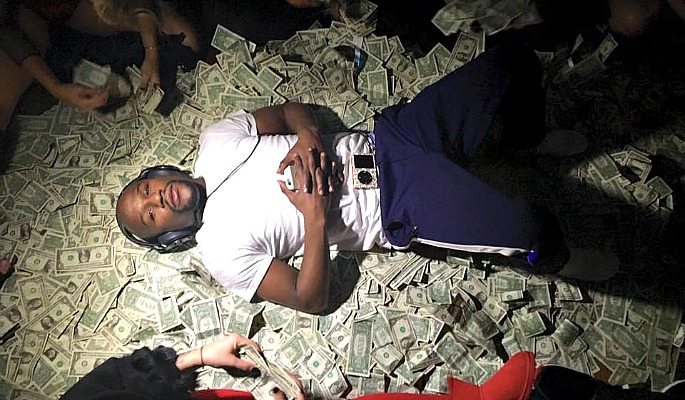 Despite athletes in soccer, racing and the NFL earning the biggest average salaries, neither of them pay the most overall.

The massive endorsement earnings for golfers and tennis players lead to those sports being the highest-paying of 2016.

Golf takes the top spot with its top players earning an average of $43.4 million from winnings and sponsorships.

Tennis isn’t far behind on $38.3 million, and soccer is third with $36.9 million, although Ronaldo’s and Messi’s massive earnings do push up the soccer averages.

Basketball is the fourth highest-paying sport with $33.2 million, narrowly ahead of NFL [$32 million] and racing [$31.7 million].

The top athletes in boxing and MMA receive an average of $27.9 million, while baseball players earn $24.1 million.

You can see all of the average figures taken from the Forbes Top 100 Highest-Paid Athletes of 2016 list below. 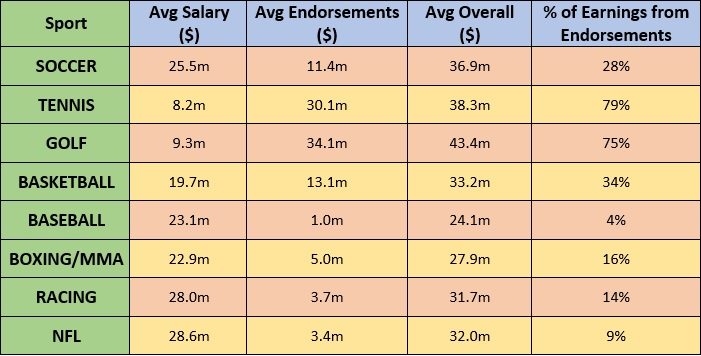 So there you go, golf should be the sport that you pursue.

Usain Bolt is the only track athlete to make the Forbes list of top 100 highest-paid athletes. Due to him being the only sportsman in his respective sport, we did not consider his earnings.

You can also click here to see the IPL salaries of the players who were retained for 2016.