DESIblitz brings you five of the best South Asians playing football in European leagues. Do you know which Indian international is playing in Europe?

He is being linked with a January 2017 move to Swansea City of the English Premier League.

Despite a clear lack of Asians in world football, there are, however, several South Asians playing football in European leagues.

Ishan Pandita recently made history by becoming the first Indian player to be in one of Europe’s top 5 leagues.

His move to Club Deportivo Leganes in La Liga, Spain, in October 2016, makes him the first Indian footballer to sign for a top-division team in England, France, Spain, Germany, or Italy.

So DESIblitz brings you five of the best South Asians playing football in European leagues.

Unfortunately for India and Pakistan, three of these players are playing for their European country of birth at international level. However, at number 4 on our list is a first-team player for India. Do you know who it is? 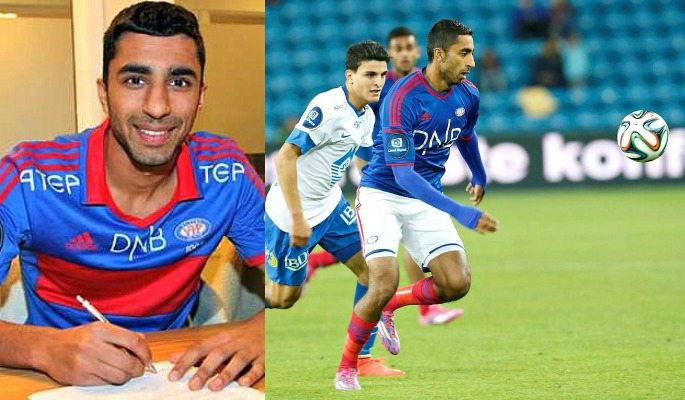 Kamran Ali Iqbal, 21, is one of the few South Asians playing football in Europe. The defender is of Pakistani descent but was born in Norway.

He began his senior career in 2013 with the top-flight Norwegian team, Valerenga. But, after a couple of transfers, Iqbal is now playing for Baerum SK in the Norwegian Division 2.

Kamran Ali Iqbal will be desperate to help his side back into the higher leagues of Norway. And at just 21 years old, he’s certainly got the time to do so.

Playing for Stabaek, Gurpreet Singh Sandhu, 24, is in the top-division of Norwegian football, known as the Tippeligaen.

The imposing 6’4” goalkeeper was born in Punjab, India, and is the current captain of the Indian national team. 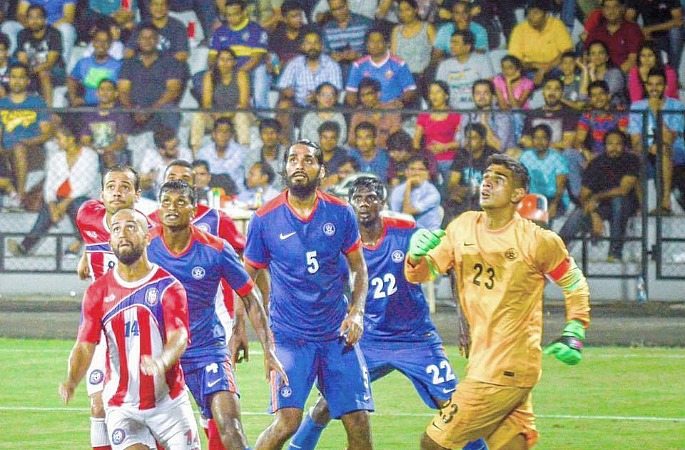 Under Singh’s captaincy, India have risen to their highest FIFA ranking (135th) in several years. He was also the captain for India’s stunning 4-1 win over Puerto Rico in September 2016.

Since joining Stabaek in 2014, Singh became the first Indian international to play in a competitive top-division match in Europe.

Also, after featuring against Connah’s Quay in the first qualifying round, Singh became the first Indian to play in the UEFA Europa League. These helped him to recently receive the ‘2016 AIFF Award for Special Recognition.’

Despite these records, and being one of the few South Asians playing football in Europe, Singh is currently Stabaek’s second-choice goalkeeper.

With the Norwegian league restarting in April 2017, Singh will be hoping for an extended run in the first-team. 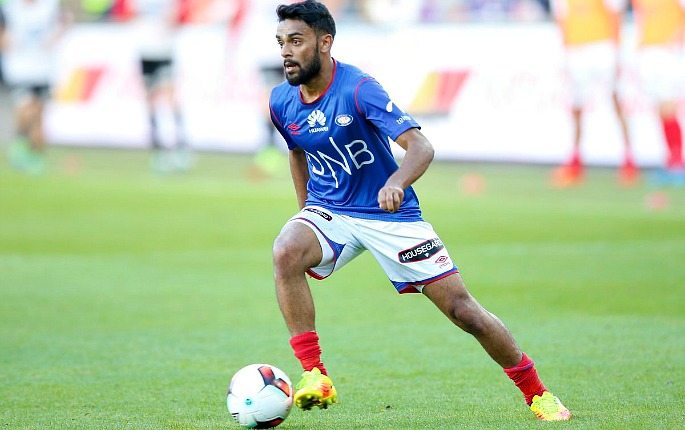 22-year-old Ghayas Zahid is an exciting, young, midfielder who plays for Valerenga in the Norwegian Tippeligaen.

Zahid is of Pakistani descent but was born in Oslo, Norway. He’s made 21 International youth appearances for his country in the U19s and U21s.

Since making his senior debut for Valerenga against Odd in 2012, Zahid has firmly established himself at the club. Having made 93 appearances, Zahid is already an experienced South Asian playing football in Europe.

And after scoring 24 goals in those club appearances, it means that Zahid is averaging a goal every four matches. That is a wonderful return from the midfielder who was Valerenga’s top goal-scorer in the league in 2016.

Ghayas Zahid is a bright prospect and definitely one of the South Asians playing football in Europe to watch. 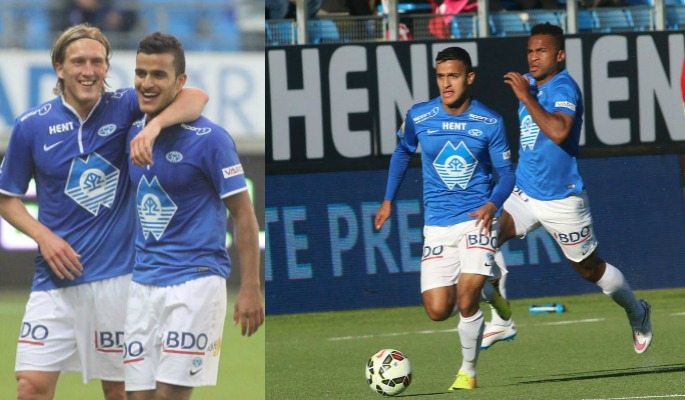 Like Zahid and Gurpreet, Harmeet Singh, 26, is also playing in the top division of Norwegian football.

Harmeet, though, who plays for Molde FK, is possibly the most high-profile South Asian playing football in Europe.

The centre-midfielder was signed to Valerenga between 2003 and 2012, making 101 appearances. In 2009, Harmeet scored a wonder goal which was a nominee for the goal of the year award. Coincidentally, he scored it past the team he now plays for, Molde.

After a friendly against Barcelona in 2010, where he scored, then Barcelona manager, Pep Guardiola, praised Valerenga’s Harmeet greatly.

You can see some of Harmeet’s best moments, including his goals against Molde and Barcelona in the video below: 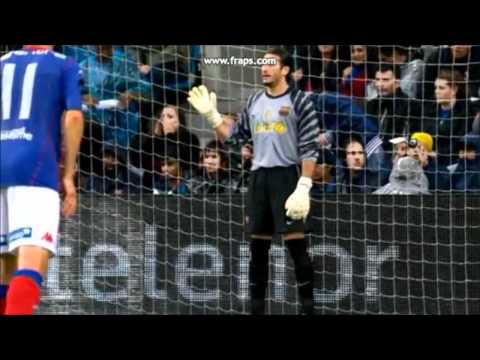 Comparisons to Andres Iniesta (Barcelona) began to be put forward by fans and the media. But a move to the Dutch giants, Feyenoord, in 2012 stunted his progress as he failed to get regular game-time.

A transfer to Molde in 2014 resurrected him somewhat before he was sold to FC Midtjylland in February 2016. But after failing to settle in Denmark, Harmeet soon returned to Molde.

Despite being born in Oslo, Norway, Harmeet’s parents are originally from Punjab, India, where he lived for a year. In 2012, Harmeet revealed that he was open to representing India at international level. Speaking to Goal.com in 2012, he said:

“If India want me to play for them, then it would be no problem for me to sit down with them and discuss it. There has never been an approach [but] I think India is a growing football nation. I want to help and I’d like to be a role model. I want to inspire younger players because I think there’s a lot of talent.”

Luciano Narsingh, 26, was born in Amsterdam, Netherlands, but is of Indian-Surinamese origin. His grandparents were Indian contract workers who went to work on plantations in Suriname.

The winger is a Dutch international, having made 16 senior apps for the Oranje, scoring four times. 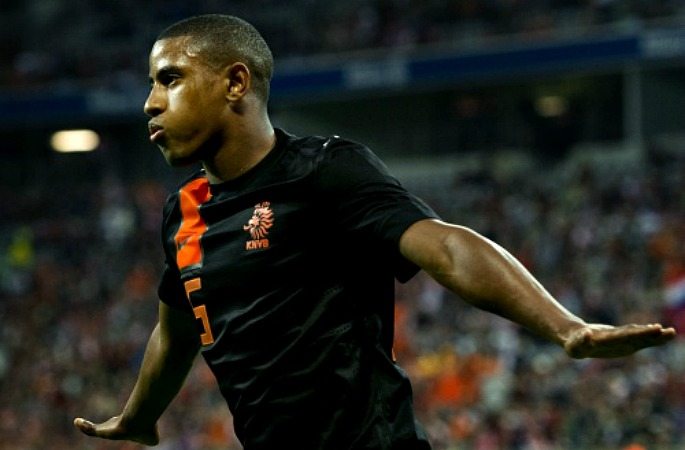 Narsingh made his senior debut in 2008 for Heerenveen, for whom he played for until 2012. In 2011/12, his final season with Heerenveen, Narsingh provided the most assists in the Eredivisie with 22.

His move to PSV in the summer of 2012 greatly enhanced his reputation, making him one of the most high-profile South Asians playing football in Europe.

Luciano also has an older brother, Furdjel Narsingh, who is a free-agent after his release by the Dutch team, SC Cambuur.

Luciano Narsingh is currently being linked with a January 2017 move to Swansea City of the English Premier League. If the move goes through, Narsingh will join Neil Taylor as being a player of Asian descent in the Swansea team.

There is still a worrying lack of Asians in football, particularly in the major European leagues.

But Ishan Pandita’s incredible move to Spain should serve as a reminder to all Asian footballers that anything is possible. Luciano Narsingh could also be on his way to the English Premier League in 2017 in exciting times for players of South Asian origin.

With four of our chosen five South Asians playing football in Norway, it seems as though there is more of a willingness to trust Asian talent there. Hopefully soon, players of Asian origin will be playing all over Europe.

Click the link if you want to read the DESIblitz investigation into the lack of Asian footballers in England. Or, if you want to see a DESIblitz countdown of the Top 5 British-Asian Footballers, then click this link.