Ishan Pandita is the first Indian footballer in Spain

Ishan Pandita has made history by becoming the first Indian footballer to be in one of Europe’s top 5 leagues after he signed for CD Leganes in Spain.

“It feels great to be the first Indian to go down this path, I never gave up on my dream."

Ishan Pandita makes history by becoming the first Indian player to sign in one of Europe’s top 5 football leagues.

That makes him the first Indian footballer to sign for a team in England, France, Spain, Germany, or Italy.

Pandita signed a one-year contract with the Spanish side, and in doing so, the 18-year-old made football history.

Speaking to TOI from Madrid, Ishan said: “It feels great to be the first Indian to go down this path. Right from the moment I decided to take a break from studies, I never gave up on my dream.” 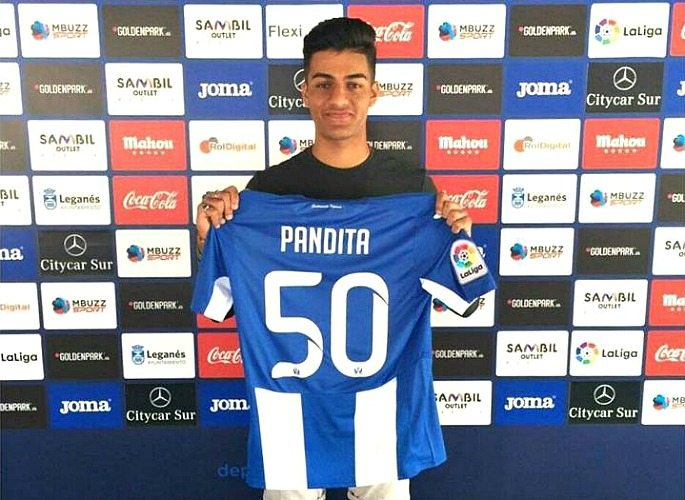 Initially, however, Pandita will be a part of the Leganes U19s side in Group V of the Division de Honor Juvenil.

He will need to perform well in a league which also features the youth teams of Atletico and Real Madrid.

As of October 9, 2016, it is indeed those two teams who top Group V of Division de Honor Juvenil. Leganes, meanwhile, are tenth in the 16 team division.

Pandita will be hoping to spearhead their rise up the table, and show that he is worth a place in the first team.

“It’s a great feeling, it’s a big moment for me. My first goal is to get some game-time and score a few goals. If I can progress through the youth team and debut for the first team before the end of the season that will be great.”

Pandita, himself, is a supporter of the English Premier League team, Liverpool FC. With Pandita’s breakthrough, it is now surely just a matter of time before we see them being signed for teams in England and all around Europe.

Rudra says: “You can change the mentality of those who believe that Indian footballers can’t play in the Premier League, La Liga, or any other European league.” 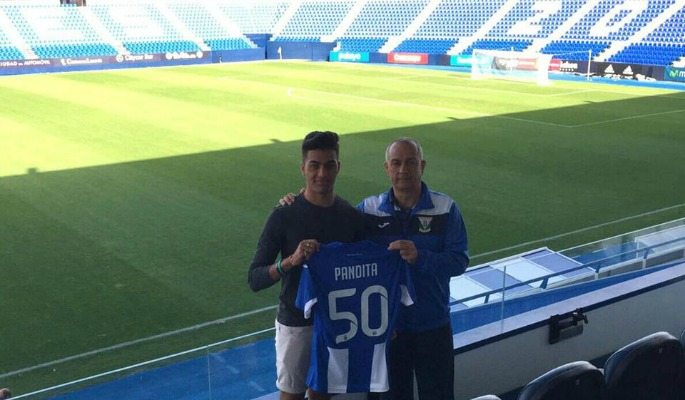 Pandita’s historic signing comes at a time when football is making giant strides in India.

Premier Futsal brought a star feeling to the sport while the AIFF are planning revolutionary changes to domestic Indian football.

It is certainly exciting times for Indian football, and it is only going to get better from here. But who will spot the next big Indian talent?

Click here if you want to find out more about the lack of British Asians in English football.