Police in Spain and Britain have arrested 24 people for trafficking Afghan migrants from Pakistan to Europe in a multi-million pound operation. DESIblitz has more.

These criminal networks are believed to have generated £850 million in Pakistan in 2013.

A Pakistani man, who had been operating a multi-million pound human trafficking network since 2012, was arrested in Spain on May 27, 2015.

The gang leader is reportedly based in Madrid and has been held responsible for trafficking migrants from Afghanistan to various locations in Europe.

The Spanish police gave brief details of his arrest in a statement released on May, 27 2015.

It read: “He organised the logistics and reinvested the profits of the crimes in our country, using various businesses to launder the money.”

They also confirmed a total of 24 arrests were made across Spain and Britain on Twitter, though their nationalities and gender were not specified.

The tweet translates to read: “24 detainees (13 in Spain and 11 in the United Kingdom), of a family network directed from Madrid that trafficked Afghans to Europe by $25,000.”

The Twitter message was further elaborated by the Spanish authorities in a statement that confirmed 13 gang members were arrested in Spain and 11 at Heathrow Airport.

According to a Pakistan newspaper Dawn, the police statement also explained how Afghans were trafficked into Europe at the price of US$25,000 (£16,300) per head.

The statement read: “Most of the network’s members were based in Afghanistan and gathered people who wanted to emigrate to Europe, charging them $25,000 each and transporting them using fake travel documents.” 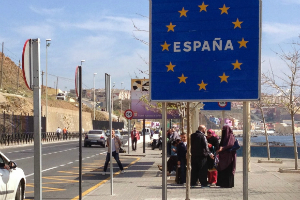 In properties raided by the Spanish authorities, incriminating records showed the operation made over US$4.25m (£2.78m) by trafficking 170 Afghan migrants into Europe between April and September 2014.

It is believed these gang members accompanied migrants in groups of between 6 and 12 to fly from Islamabad to Europe.

Upon arriving in Spain and Italy, they took transit flights and dispersed around various other European countries, such as Germany and Sweden.

Their illegal operation was first discovered by the police, after a number of Afghan migrants were caught in Bilbao Airport in northern Spain.

But this is not the first instance of Pakistani smugglers being caught in Spain. In November 2012, police in Barcelona stated they ‘dismantled a criminal organisation dedicated to the trafficking of illegal immigrants of Pakistani nationality’. 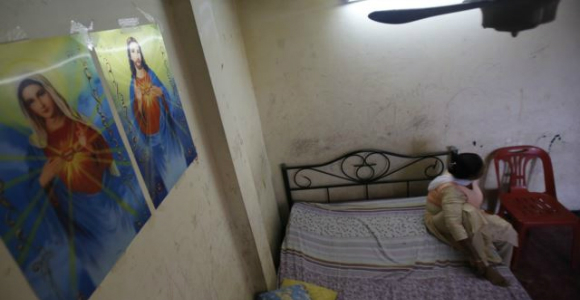 Findings by the Federal Investigation Agency further support this view, as travelling from Pakistan to Spain emerges as one of the most popular routes used by traffickers. 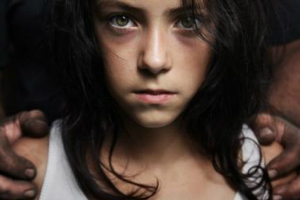 The UN also found the issue of human trafficking permeates across its ‘porous borders’, which pose a huge obstacle to the authorities from gathering intelligence to control the situation.

The majority of ‘illegal migration’ was identified in the Punjab province, such as Gujrat, Gujranwala, Mandi Bahauddin, Dera Ghazi Khan, Multan and Sialkot.

Images courtesy of AP and Caritas