Myuran Sukumaran, a British-born Australian of Sri Lankan origin, was executed in Indonesia for his role as the ringleader of the Bali Nine drug smuggling gang.

“I just had to say goodbye to my son and I won’t see him again."

Myuran Sukumaran, one of the ringleaders of the infamous Bali Nine, was executed by firing squad on Nusakambangan Island in Java, Indonesia, on April 28, 2015.

The British-born Australian national, originally from Sri-Lanka, was executed at approximately 6.25pm (UK time) with seven others of the drug ring. Mary Jane Veloso from the Philippines was spared at the last minute.

The Bali Nine were a group of nine Australians, who made headlines in 2005 for planning to smuggle 8.3kg of heroin valued at US$3.1 million (£2 million) from Indonesia to Australia.

Sukumaran and three others were arrested at the Melasti Hotel in Kuta, where police found 334g of heroin hidden in a suitcase in his room. 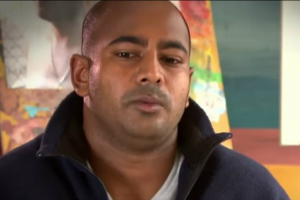 According to the testimonies given in court by convicted drug mules, Sukumaran and his fellow school friend, Andrew Chan, were the leaders of the drug smuggling operation.

He had been on the death row since February 2006, after Depasar District Court sentenced him to execution by firing squad for his role in a drug-smuggling plot.

Sukumaran’s close family met him for the last time before his execution.

His brother, Chintu, said: “We spent the last few hours with my brother. We didn’t have much time. There were so many things to talk about.”

He added: “We did talk about the death penalty and he knows this is just a waste. It’s not going to solve anything with drugs. 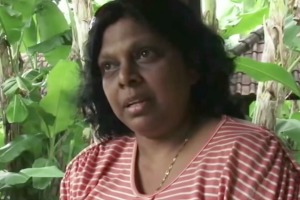 His mother, Raji, bid a tearful goodbye to her son: “I just had to say goodbye to my son and I won’t see him again.”

She was joined by Sukumaran’s sister, Brintha, in their plea to the Indonesian President Joko Widodo to call off the executions.

Brintha said: “Please do not do this to my brother. Please don’t take my brother from me.”

Just hours before the execution, the Australian and French governments also voiced their support for the family’s appeal to President Widodo.

Their joint statement with the European Union read: “We fully respect the sovereignty of Indonesia. But we are against the death penalty in our country and abroad.

“The execution will not give deterrent effect to drug trafficking or stop the other from becoming victims will abuse drugs. To execute these prisoners now will not achieve anything.”

In his hometown of Sydney, a crowd of 300 gathered for a candlelit vigil. Blues Point Reserve in North Sydney became the site of a monument of 15,000 flowers, donated by Amnesty International supporters and spelt out ‘Keep Hope Alive’.

Diana Sayed, a human rights lawyer and crisis campaigner for Amnesty, said: “I’m sure they’re going to be seeing this, their families are going to see this and it’ll help whatever they are going through right now.” 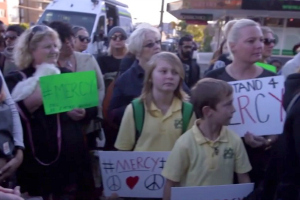 Prior to his incarceration, Sukumaran was known as a ruthless enforcer of the heroin-trafficking gang, with expertise in martial arts.

But since serving his sentence in Bali’s Kerobokan Prison, he had undergone major transformation.

Sukumaran taught classes to fellow prisoners in a variety of subjects, including English, graphic design, philosophy and computing.

Sukumaran also campaigned to open a computing and art room in the prison, though he was not successful in setting up an accountancy and law course.

His good behaviour led to his appointment as the head of a group of 20 prisoners. He managed and mentored his group, in addition to overseeing modest penalties for those who did not complete their duties. 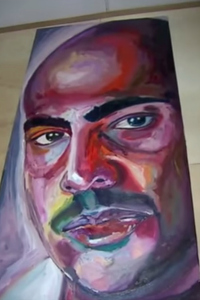 Sukumaran gained widespread notoriety for setting up a clothing brand called Kingpin Clothing and creating paintings in prison, many of which he sold.

Curtin University of Perth awarded him with an Associate Degree in Fine Arts in February 2015.

After being transferred to Nusakambangan Island to await his execution, he painted many self-portraits, described as more dark and disturbing in nature.

Sukumaran’s cousin, Niranjela Karunatilake, who is based in London, organised an exhibition of his paintings at Amnesty International’s headquarters in Shoreditch.

Karunatilake said: “The death penalty is never the answer and I don’t believe it deters crime, but in Myu’s case, when he has done so much to repent and improve prison conditions, it would be a real tragedy if his life was cut short.”

The death of Sukumaran and seven other prisoners will undoubtedly reignite discussions about the fairness of the death penalty.

Even in Western societies such as the UK and Australia, there is support among the general public for it to be reinstated.

However, if rehabilitation is supposed to be the purpose of prison, is the death sentence the best course of action?