Netflix has announced that nine new Indian films will be produced. In addition, several new TV shows are in production throughout India.

At the See What’s Next Event in Singapore, Netflix announced that nine new Indian original films are set to be made.

The streaming service giant also unveiled that they will be produced by Bollywood stars such as Priyanka Chopra, Madhuri Dixit and Anushka Sharma, among others.

At the event on Friday, November 9, 2018, Netflix chief content officer Ted Sarandos stated that India is possibly an area of importance in their future plans.

Netflix has enjoyed success from Indian TV and film, the main one being Sacred Games, which has been commissioned for a second series.

Several films have been put on the streaming service for film enthusiasts to enjoy. Some classics as well as more modern films.

Netflix’s announcement of nine original films will give fans even more choice on what to watch.

Firebrand, produced by Priyanka Chopra and mother Madhu, is a Marathi film which tells the story of a successful lawyer who is also a victim of sexual assault, played by Usha Jadhav.

She tackles difficult family cases while also dealing with intimacy issues within her own marriage. 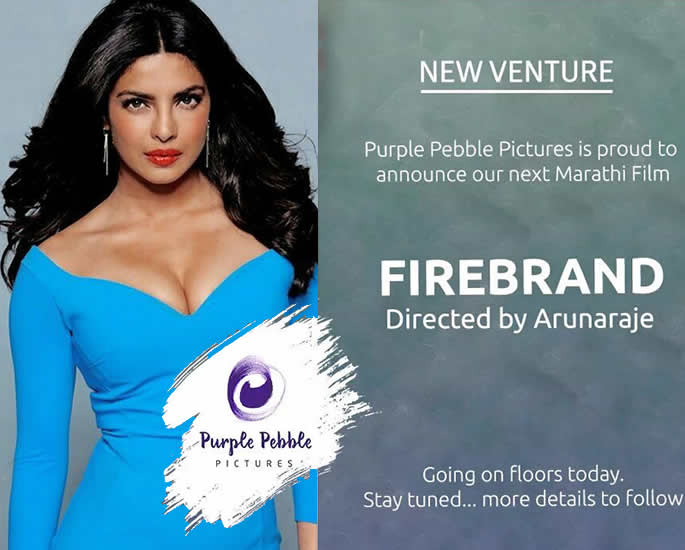 Madhuri Dixit will produce a Marathi film, titled 15th August and is set in a chawl. It is a comedy about the struggles of middle-class India.

Bulbul, produced by Anushka Sharma and brother Karnesh’s Clean Slate Films. It is described as a “period piece set in a vibrant atmosphere amidst age-old beliefs and superstitions.”

She said: “Our first foray was Sacred Games, which found an audience across the world.”

Among the shows already in production are Leila, based on Prayaag Akbar’s novel, and Bard of Blood, starring Emraan Hashmi and produced by Shahrukh Khan’s Red Chillies Entertainment.

Sethi added: “Leila is a very powerful story about a mother’s quest to find her daughter in a dystopic future.”

“It was important for us to find a female director for this story. Deepa Mehta was the perfect choice.”

Mehta had previously directed a film adaptation of Salman Rushdie’s Midnight’s Children, which also has Netflix show in the works.

Mehta stated the Leila is a six-part series focused on a subject that is close to her heart. She said it is “about a woman who becomes strong and kicks a**.”

“We’re excited that Baahubali will find a global audience just like the films did. I think the series gives us the freedom to explore the origins of Sivigami.”

Producer Prasad Devineni said: “It’s a prequel to both films.”

“It will take fans into the backstories of the characters from the films, and we’ll also be introducing new characters.”

Prasad also revealed that the action sequence of the season finale has been shot by Rajamouli.

This whole host of new content is an exciting time for Netflix and India, where the market is growing rapidly.

2019 and onwards is set to be a big one for fans of Indian Netflix TV shows and films.

Dhiren is a journalism graduate with a passion for gaming, watching films and sports. He also enjoys cooking from time to time. His motto is to “Live life one day at a time.”
Shahid Kapoor and Mira Rajput celebrate Diwali with a Kiss
Sushmita Sen to Marry rumoured beau Rohman Shawl in 2019?