Successful Indian crime series ‘Sacred Games’ has been given a second season by global streaming giant Netflix. Filming is set to begin in Autumn 2018.

This 45-second trailer highlights Siddiqui's character may not be dead after all.

Netflix announced on Friday, September 21, 2018, that they have renewed a second season of Indian gritty crime drama Sacred Games.

The series, which stars Bollywood actors Saif Ali Khan and Nawazuddin Siddiqui, was Netflix’s first Original series made in India.

Khan played Sartaj Singh, a jaded cop who was after Ganesh Gaitonde (Siddiqui), India’s most wanted gangster who was looking to regain his position as Mumbai’s kingpin.

Season one, which premiered on July 6 2018, ended ambiguously and with 14 days of Ganesh’s 25 still remaining.

In a race against the clock story which saw Siddiqui’s character die in the first episode and what followed was a flashback story.

That drew many questions from fans who questioned whether Ganesh was actually dead.

They may have their answer with the latest announcement.

The global streaming giant made the announcement on their Twitter account this morning featuring a cryptic teaser trailer of a mandala spinning around.

It also had the two main characters from the previous season doing a voiceover, with Ganesh taunting Singh.

This 45-second trailer highlights Siddiqui’s character may not be dead after all.

Both stars of Sacred Games will return for the second season.

Its first season was hugely successful among fans which led Netflix to carry on with another season.

“We’ve been thrilled by the response to Sacred Games from fans worldwide, especially in India.”

“It’s incredibly exciting for us to take the story of Sacred Games forward and open a new chapter in the series with its second season.”

The first season was co-directed by Anurag Kashyap and Vikramaditya Motwane.

The second season of Sacred Games will see the mysterious Guruji (Pankaj Tripathi), introduced in season one as Ganesh’s “third father”, play a more prominent role.

Netflix representatives said: “He will play a pivotal role in unfolding a chain of events that shape the next season.”

Production in India and abroad is set to begin later this year.

Motwane and Varun Grover will continue their respective roles as showrunner and lead writer.

Kashyap will remain as a director. Neeraj Ghaywan, director of Masaan steps in as the screenwriter for season two of Sacred Games. 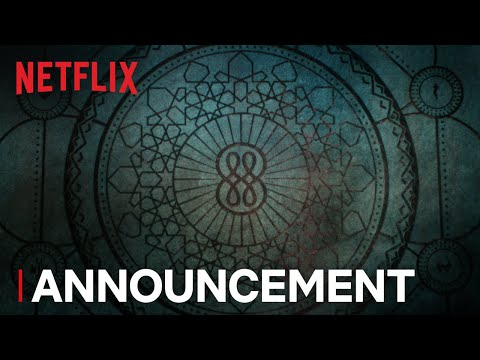