The trailer for the anticipated Netflix series, ‘Sacred Games’ has been released and we could not be more excited! We take a closer look at the Saif Ali Khan led thriller.

"A city in crisis... A cop without a case... A criminal without a code"

The trailer for the Netflix Hindi thriller series, Sacred Games dropped on 6th June 2018 and it’s got Bollywood fans talking.

The 8-episode series is based on Vikram Chandra’s novel, of the same name, which was published in 2006. The novel received critical acclaim and finally, the story will now be visually told.

Alongside him is Pad Man (2018) star, Radhika Apte in the role of Anjali Mathur, a RAW intelligence officer.

The Lunchbox star Nawazuddin Siddiqui will play Gaitonde, the puppet master of the “games”.

With an extended canvas of a web series, they aim to paint a deeper picture of a crime narrative.

A Game of Cat-and-Mouse

The trailer promises audiences spectacular and gritty scenes. It opens with Sartaj Singh receiving a phone call from Gaitonde who threatens Mumbai.

Singh and Anjali Mathur become involved in a cat-and-mouse game with the crime lord, Gaitonde. He gives the protagonists 25 days to save Mumbai from an unspecified attack.

Things go South when Singh is suspended by the police department. It looks as though he will be taking matters into his own hands as he aims to take down this mastermind with Mathur.

When playing into Gaitonde’s games, Singh discovers Gaitonde knew who his father was, adding more curiosity and mystery to the serial. 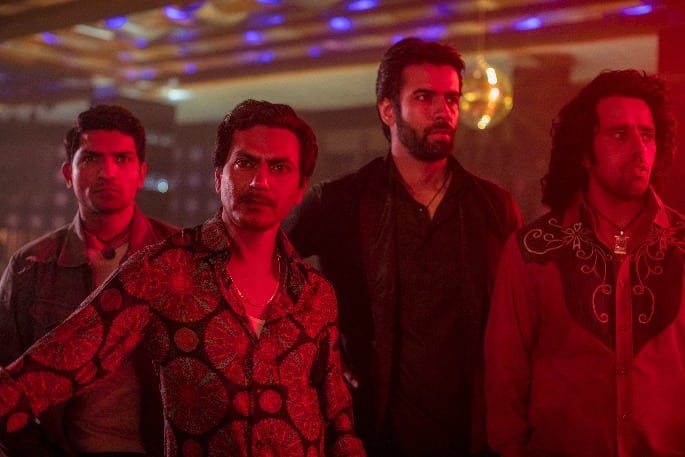 The show will feature some graphic action with plenty of gun violence and bloody scenes for the adrenaline junkies.

Overall, we expect this series to be hard-hitting and fast-paced with memorable dialogue delivery and multi-dimensional characters.

The series has the potential to change the landscape of Hindi dramas and, with it being available on Netflix, it is open to a wider audience. It has the capability to appeal to non-Bollywood fans with it having the aesthetic of popular English language Netflix dramas.

Saif Ali Khan’s casting is a great choice as he shows off a different side of his acting capabilities which we had a glimpse of in Phantom (2015). The trailer shows snippets of his strong action scenes as well as his intense acting prowess.

Radhika Apte’s character, Anjali Mathur, appears to be a fierce character who seems like more than just a sidekick.

When discussing what drew her to the character at a press conference, she said:

“It’s pretty much a sexist world at the time and the place… and she’s somebody that works on the field. So it’s curiosity and that’s what I found interesting to actually investigate that. And also I think she’s very instinctive.”

She continues: “All these things layering the character and it’s a very unique character because of her simplicity and her intelligence and her place in that whole thing is interesting.” 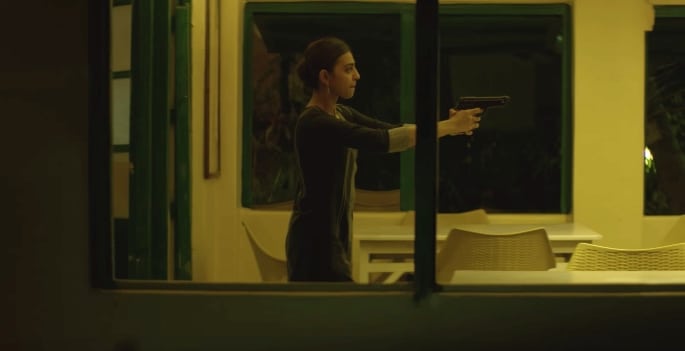 An expert in villainous roles, Nawazuddin Siddiqui will bring his A-game to one of his darkest characters yet as he nonchalantly prepares an attack on Mumbai.

His dialogue is something to be talked about, as he executes powerful lines in the trailer:

“Sarva shashtikali, iklauta bhagwan… I am your one true God.”

His role is truly chilling, as he just sits back and lets all the fear and drama unfold.

As always when a new trailer drops, fans take to social media to express their opinions. This trailer has nothing but praise.

Social media users are continuously sharing the epic trailer through their platforms. Some are excited to see Nawazuddin Siddiqui’s portrayal of Gaitonde.

“@Nawazuddin_S just made this a must binge for me…”

@surajbhat24 tweeted: “Bloody hell, This looks awesome. I hope @Nawazuddin_S does justice to Gaitonde’s character (and i know he will).”

Bloody hell, This looks awesome. I hope @Nawazuddin_S does justice to Gaitonde's character (and i know he will).

“@anuragkashyap72 is my most trusted Indian content director and this seems really good. #netflix #SacredGames”

Karan becomes critical of the current standards of Indian dramas and sees this as hope for a new wave of Indian television drama.

He continues: “I look forward to this dawn of this new and good Indian content, thanks to the video streaming services. Daily soaps capturing Indian television since the last 2 decades have ruined it for everyone.”

I look forward to this dawn of this new and good Indian content, thanks to the video streaming services. Daily soaps capturing Indian television since the last 2 decades have ruined it for everyone.

With so many Indian TV dramas picked apart for their poor quality in storytelling and over-the-top editing, Sacred Games offers something refreshingly original.

Similar to Anil Kapoor’s 24, Sacred Games has sparked hope for some audiences. It brings continuity, an adequate amount of drama and high production quality. Could this set new standards for television dramas in India?

Jakir is currently studying BA (Hons) Games and Entertainment Design. He is a film geek and has an interest in representations in Films and TV dramas. The cinema is his sanctuary. His motto: “Don’t fit the mould. Break it.”
Urwa Hocane tells Bollywood star Pakistan’s not a ‘Failing State’
Hari Kondabolu talks Comedy and Warn Your Relatives on Netflix