Shahid Kapoor and Mira Rajput celebrate Diwali with a Kiss

Married couple Shahid Kapoor and Mira Rajput celebrate Diwali with a kiss. Mira posted a picture of the two in a passionate embrace.

"happy Diwali everyone. Hope you spent it with those who matter most."

The husband and wife pair are known to express their love, often sharing pictures on social media.

Shahid and Mira enjoyed Diwali with their daughter Misha Kapoor.

Shahid’s mother Neelima Azeem and half-brother Ishan Khatter also got together with the Kapoor family for this joyous celebration.

Besides the Kapoor clan, it seems most of the Bollywood film fraternity had a ball of a time during the festival of lights.

On Wednesday, November 07, 2018, Mira posted a picture on Instagram of herself and husband Shahid sharing a kiss on Diwali.

She captioned the picture as: “Only love. Happy Diwali!” 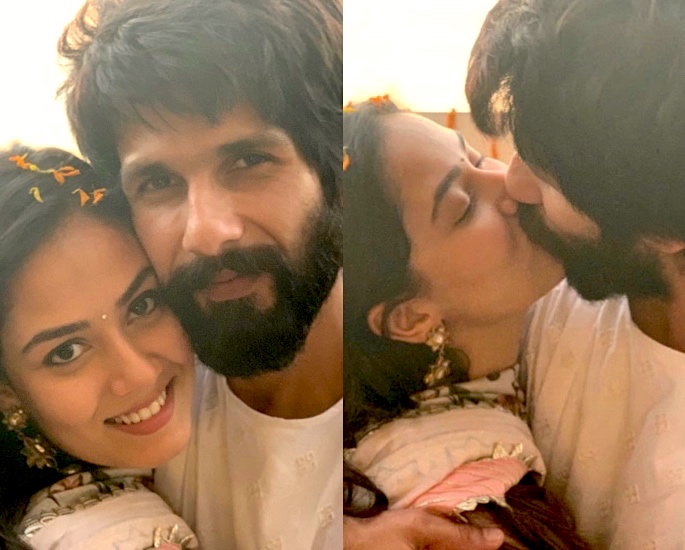 The happy couple, who have been married for 3 years, showed that they were stronger than ever.

Shahid also posted a picture with his wife. The husband and wife are in each other’s arms and beaming from ear to ear.

Shahid wrote alongside it:

“happy Diwali everyone. Hope you spent it with those who matter most.”

Whilst another Instagram follower said: “It’s the most beautiful picture I have seen in a while.”

The couple has previously shared a photo of them kissing on social media. 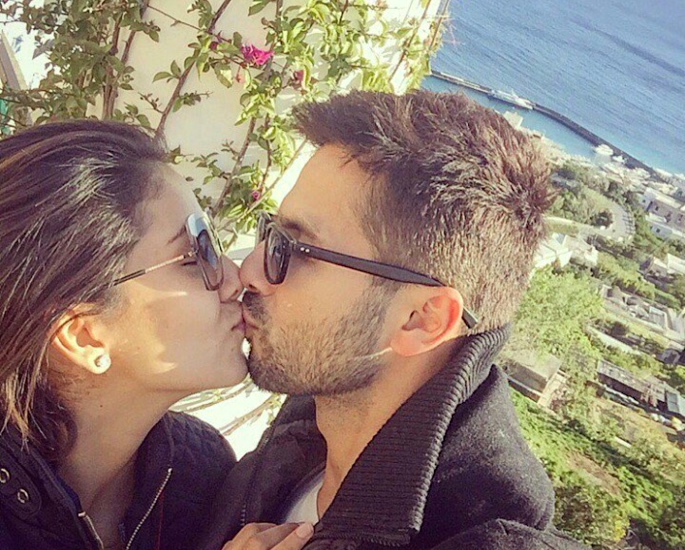 In 2016, marking their first anniversary, Shahid posted a picture of him smooching his other half and writing:

“Happy first anniversary my love. @mira.kapoor you are my sunshine.”

The Kapoors also uploaded pictures of them celebrating Diwali with family.

Mira did post a picture alongside brother-in-law and Dhadak (2018) star Ishaan Khatter.

The two share a great bond and are happily posing for the camera.

In an even cuter post, Shahid shared a picture of himself holding his cute daughter Misha.

He wrote: “Moments we live for.”

Meanwhile wife Mira also put up a picture of Misha, captioning it: “You are my sunshine, my only sunshine.” 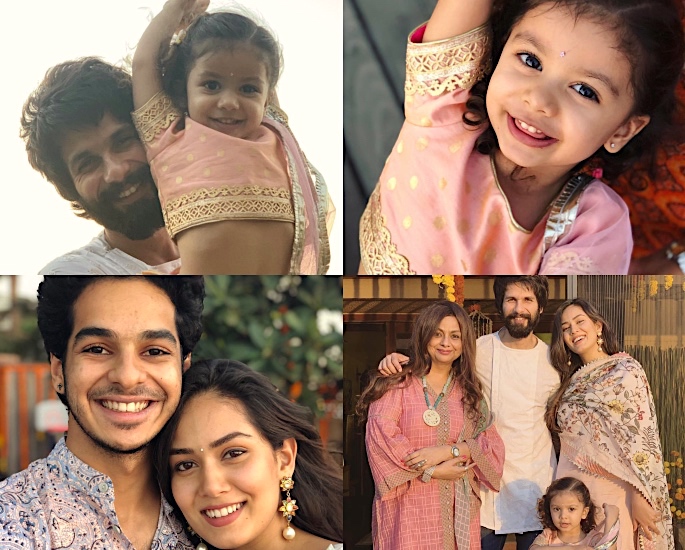 In reference to Misha’s paternal grandmother, the post read:

Diwali is a time for celebration and spending time with loved ones. Bollywood stars were out in full force, enjoying the happy occasion.

Amitabh Bachchan shared a picture with his family, holding sparklers.

The family look happy as they celebrate Diwali together.

BollySports couple Virat Kohli and Anushka Sharma celebrated Diwali together. The pair can be seen in a picture, looking elegant in their outfits, with lights and decorations around them.

Anushka posted the picture to her Instagram and wished fans a Happy Diwali. She wrote:

“Happy Diwali from our home. May you all find the light in you this Diwali.” 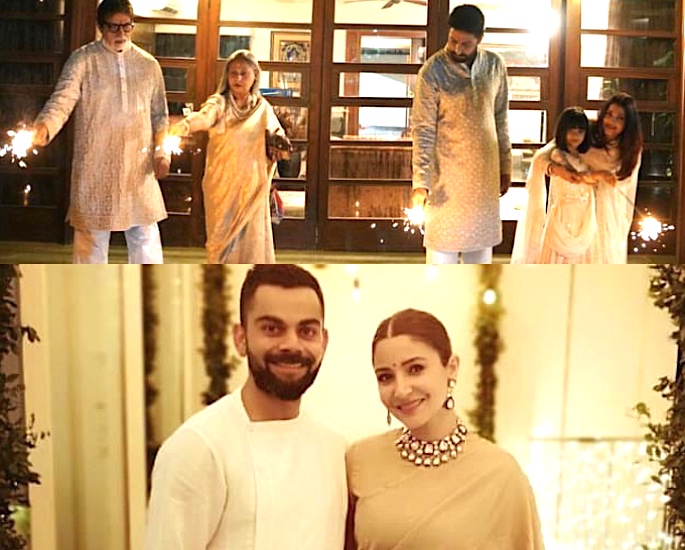 Another happy couple that were seen celebrating Diwali was Saif Ali Khan and Kareena Kapoor Khan. The two were attending a Diwali ceremony held by Kareena’s sister Karisma Kapoor.

Meanwhile, the ‘King of Romance’ Shah Rukh Khan hosted a grand Diwali bash. The who’s who of Bollywood were in attendance, including Aamir Khan, Katrina Kaif, Alia Bhatt and Kajol.

Gauri and her daughter Suhana Khan went for black and gold sarees.

The couple’s eldest son Aryan Khan was unable to join his family as he is currently studying at a university in California.

Well, it looks like the Bollywood film fraternity had a great time celebrating Diwali.

None more so than Shahid Kapoor and Mira Rajput who are more loved up than ever. Many won’t be surprised if the two lip-lock in the future also.