It’s a Baby Boy! For Shahid Kapoor and Mira Rajput

Shahid Kapoor and Mira Rajput are parents once again and this time to a baby boy, who was born at Hinduja Hospital in Mumbai, India.

"I just want to be there for my daughter and my second child."

Shahid Kapoor and Mira Rajput are proud parents of a baby boy. The baby was born on Wednesday evening, September 5, 2018, at Hinduja Hospital in Khar, Mumbai, India.

The couple who have a daughter, two-year-old Misha Kapoor, are ecstatic with their new bundle of joy. Now, Misha has a baby brother to play with.

Shahid and Mira announced their pregnancy earlier in 2018 by posting a photo of Misha on social media and wrote “big sister”.

Being a busy actor, Shahid has always made a point of being an active parent and always makes family a priority. He is often sharing images of Misha on social media, so no doubt we shall see images of Shahid junior on social media soon too.

Shahid has always expressed the importance of being a caring parent for his children, saying:

“I just want to be there for my daughter and my second child.

“I want to spend my life with them. I want to know about their life. I hope that I’m a good influence. I hope I’m not stuck up and can allow them to fly.

“They have their own identity and destiny… Your job is to be there when they need you, that’s it.” 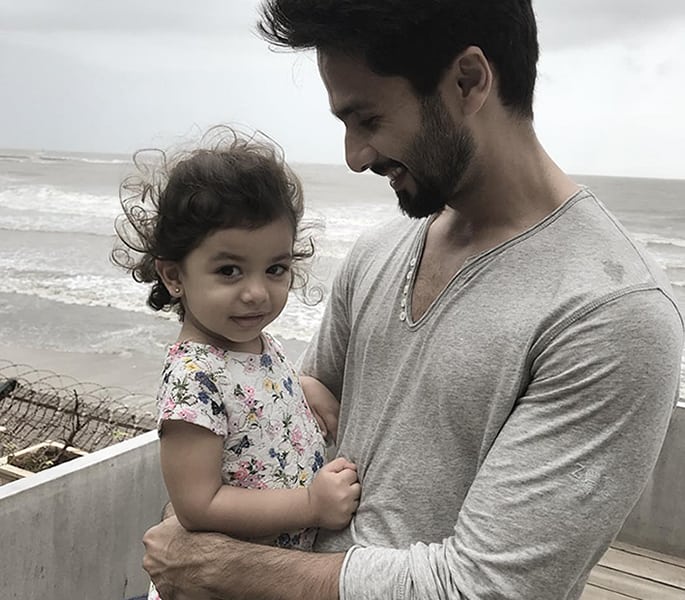 Shahid is in the midst of promotions for his forthcoming film Batti Gul Meter Chalu and also is in preparation for his next film, Arjun Reddy, a remake of a Telugu film.

Next, he will be getting into character to play Dingko Singh in the biopic about the Asian gold medallist boxer.

So, will he be able to get time off for the newborn addition to their family? Speaking to Mid Day, he said:

“This time too, I was negotiating to take a month-long break, but things didn’t work out.

“I will get only a week off from work. It is too short a duration, but such are the circumstances.”

Speaking of his love for his wife, Mira, whom he met when she was a student at Delhi University, Shahid says:

“I got lucky. I married Mira”

His life with her is the way he likes it saying:

“She’s as normal as it gets. We kind of hit it off and decided to get into an arranged marriage. By God’s grace it’s been wonderful, the last three years, and she’s been a huge part of that for me.” 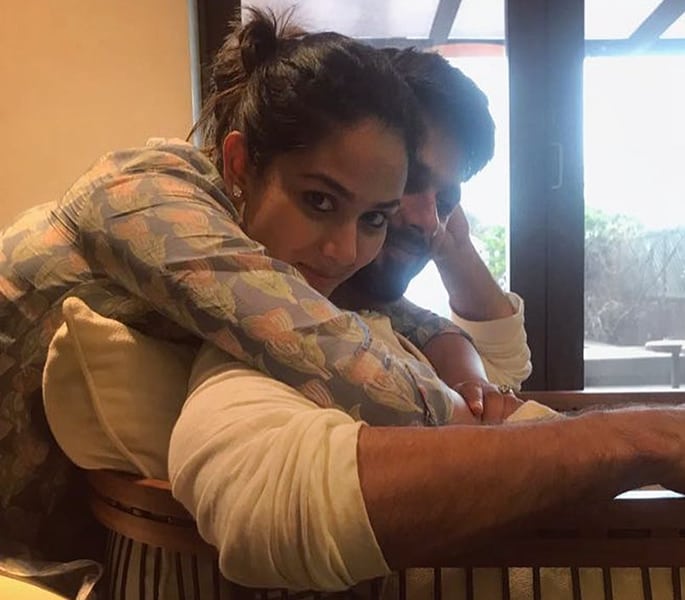 Reflecting on his preference for simplicity and normality in life which he has got with his wife and family, despite being such a successful actor in Bollywood, Shahid says:

“I’m very simple as a person. And although I might live a very lavish lifestyle, I’m very happy I share my life with someone who has a similar mindset.”

Now, it’s going to be a busy Kapoor and Rajput household with the arrival of their new baby boy, so let’s hope the two parents do get time for themselves!

DESIblitz wishes the Shahid and Mira all the very best for their new wonderful and blessed addition to their family.

Amit enjoys creative challenges and uses writing as a tool for revelation. He has major interest in news, current affairs, trends and cinema. He likes the quote: "Nothing in fine print is ever good news."
Danny D to Dance with Salman Khan on Bigg Boss 12
Salman Khan still ‘Upset’ with Priyanka Chopra?