Shahid Kapoor has married Mira Rajput in the most anticipated Bollywood wedding of the year. DESIblitz brings you the first pictures from the ceremony, and the after party reception.

The pair married in a farmhouse outside Delhi, in a private ceremony.

Shahid Kapoor married Mira Rajput on Tuesday 7th July, in the most anticipated wedding of the year in Bollywood.

The first photos from the wedding have emerged, after the couple married in a private ceremony at a farm house on the outskirts of Delhi.

It was an extremely understated Gurudwara ceremony, and Kapoor, 34, and Mira, 21, were simply dressed.

Despite his celebrity, Shahid wanted his wedding to be an ordinary occasion. 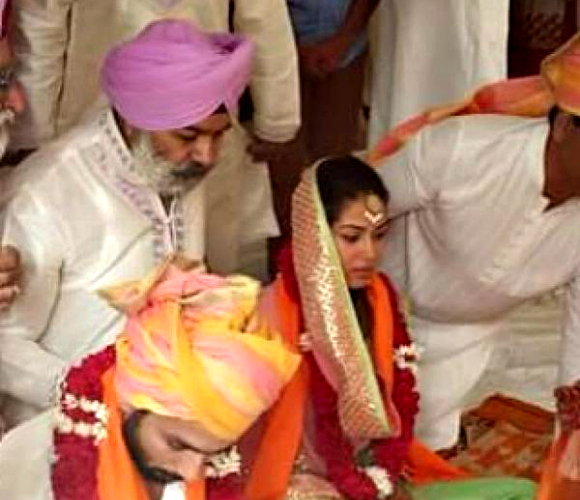 He said on Tuesday 7th July: “[Mira] is a normal girl and I am a normal guy, and we should treat it like something normal and regular.”

Yet this wedding has been the Bollywood event of the year so far, with fans taking to Twitter to congratulate the newlyweds and sending countless messages wishing them well.

The hashtag #ShahidKiShaadi went straight to the top of the Twitter trends. 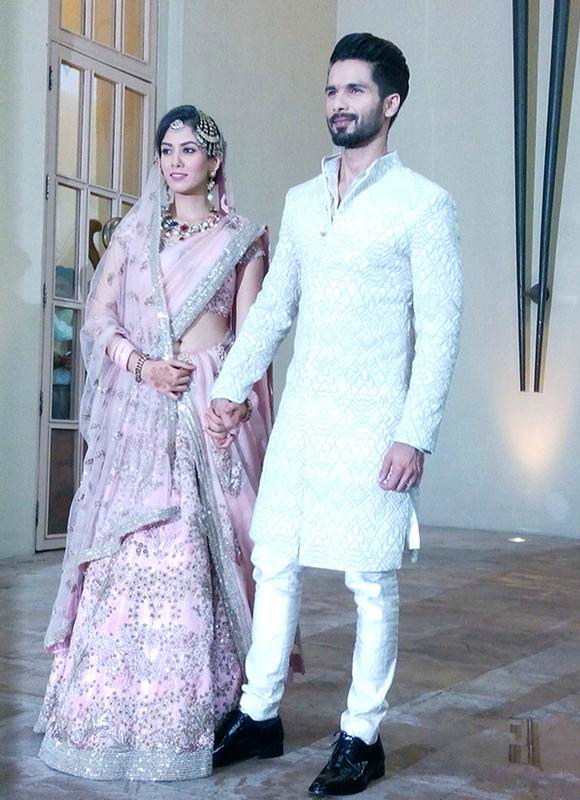 After the religious ceremony, the couple stepped out for the first time as husband and wife.

Shahid even posted a selfie for his fans with the hashtag #hitched:

The night before, on July 6, Kapoor and his new wife both looked stunning for the sangeet, with the actor wearing a red bandhgala, and Mira wearing a yellow Anita Dongre’s lehenga.

Photos from earlier in the day saw Mira wearing flowers in her hair and kaliras during her mehndi ceremony. 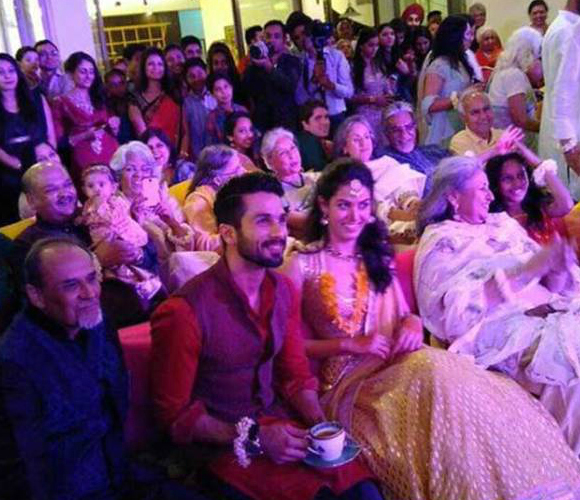 The happy groom’s parents were also photographed, along with Pankaj Kapur and Supriya Pathak, attending the sangeet.

Both Shahid and Mira took to the stage for a special dance performance for guests, and afterwards Shahid gave Mira an adorable kiss. 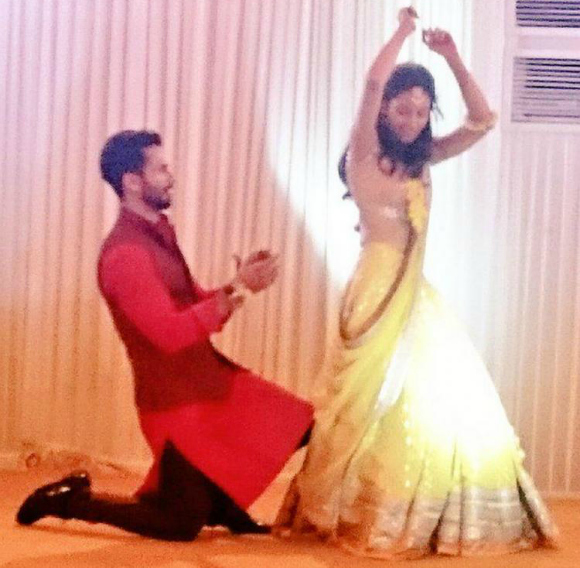 The wedding day will round off with a big party at The Oberoi Hotel, Gurgaon. It is thought that 500 guests are invited, and the ballroom has been reserved to host the bash.

It is thought that even The Trident’s grand presidential suite has been reserved, which comes with two bedrooms and its own gym and swimming pool.

After this first celebration, there will also be another party on the 12th July 2015 in Mumbai, where more guests will be invited.

It is expected to be a star studded event, as many of Bollywood’s biggest names come to congratulate Kapoor and Mira.

DESIblitz congratulates the happy couple on their marriage!

Eleanor is an English undergraduate, who enjoys reading, writing and anything media related. Aside from journalism, she is also passionate about music and believes in the motto: “When you love what you do, you’ll never work another day in your life.”
Salman Khan attends Baba Siddique’s Iftar
Dev Patel to star with Ben Kingsley in Mega Corp?