Illegal Bangladeshi immigrant, Subayer Ahmed, has been jailed for luring a 15-year-old schoolgirl for sex after contacting her on Facebook. DESIblitz has more.

“You went to the hotel room and your intention was to have sexual intercourse with the girl."

A 29-year-old Bangladeshi man has been jailed for 32 months after being found guilty of luring a 15-year-old girl to have sex with him at a Travelodge hotel in Manchester.

The Mail Online reported that police ‘burst’ in on the illegal immigrant and the schoolgirl at their hotel room stopping them from having sex ‘in the nick of time’.

Burnley Crown Court heard that Subayer Ahmed had groomed the girl via Facebook after sending her a friend request on July 16, 2014, which she accepted.

The pair exchanged frequent messages and soon after the girl gave Ahmed her mobile number so they could chat further via WhatsApp and text message.

Prosecutor Emma Kehoe said: “She told him on that first occasion she was 15 and that she was from Burnley. He responded by saying he was 22 and he now lived in London but he said he was originally from Burnley.” 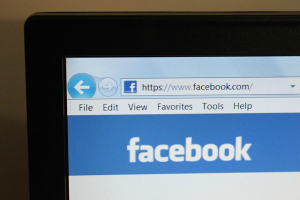 Kehoe added that the messages between the two quickly began to turn sexually explicit, and they even played a sex game of ‘Truth or Dare’ on Facebook.

“She continued to tell him she loved him and he responded by telling her he loved her too.

“He began to talk about how he would book a Travelodge and how they would spend the night together. He told her he was looking forward to sharing a bath with her.”

Kehoe explained that the pair ended their messages with ‘kisses’ at the end and that the schoolgirl described Ahmed as her ‘boyfriend’. The defendant also called her ‘his babe’.

Ahmed met up with the girl when she was 16 at a cafe and an Odeon cinema.

After finding receipts from both establishments, police reviewed CCTV footage of the cinema where it was discovered that they engaged in ‘heavy petting’ in their seats. 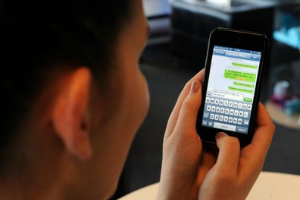 Ahmed finally booked a hotel room at the Travelodge in Manchester on August 11. Beforehand the defendant and the girl discussed contraception:

“He told her if she did get pregnant they would get married. He went on to ask if she would spend the night with him, naked in bed next to him. He told her one day he was going to marry her,” Kehoe said.

Police arrived at 10.45pm after a suspicious hotel staff member who had seen the older man Ahmed with the girl called them. The pair were fully clothed, but the girl was ‘very quiet’.

Officers seized the defendant’s mobile phone and found that he had also been simultaneously grooming another 15-year-old, telling her he loved her.

Further inquiries found that Ahmed was actually staying in the UK illegally, which led to police issuing a deportation notice.

Ahmed had reportedly arrived in the UK legally on a student visa in 2009, but he stopped studying after finding work. 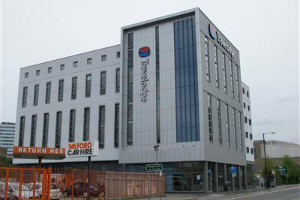 Ahmed had also tried to apply for UK citizenship in 2013 after sending a fake passport to the Home Office. The passport uncovered that the defendant was using a fake identity, under the name of Rezahul Shastab, in order to gain citizenship.

He had also used the same name when booking the Travelodge hotel room.

After his arrest, Ahmed finally admitted to two charges of ‘meeting a child following sexual grooming’ and one charge of ‘sexual activity with a child’.

Ahmed’s counsel, Alison Heyworth said the defendant’s actions on Facebook were ‘immature in the extreme’, but added: “There is no suggestion either of these two girls have been coerced into anything.” 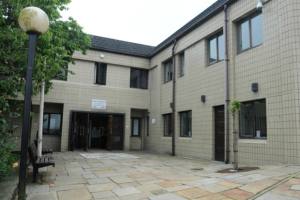 Judge Jonathan Gibson disagreed however, and said to Ahmed: “You went to the hotel room and it’s quite clear your intention was to have sexual intercourse with the girl. You were disturbed and that did not take place.”

Ahmed has now been barred from unsupervised contact with any child under 16 and of inviting an under-16 into his home.

The court also recommended that Ahmed be deported back to his homeland of Bangladesh. However, Ahmed has since applied for asylum to prevent this.

Judge Gibson added: “I understand that you are applying for asylum. I’m afraid, based on the information that I have, it would seem to me that given what you did to these two young girls, you shouldn’t really be in the United Kingdom.”

Ahmed’s application process for asylum is expected to take up to six months. During this time he will continue serving his jail sentence.