Manjit Singh Sidhu from Leicester has been jailed for four months for being drunk and harassing a 14-year-old girl on a flight to London in 2014. DESIblitz reports.

“He tried to stroke my head and brushed my hair away, and stroke my face with his hand three or four times.”

A drunk British Asian man has been sentenced to four months behind bars, after harassing a teenage girl on a flight from New Delhi to London on April 18, 2014.

Manjit Singh Sidhu, from Leicester in the East Midlands, has been found guilty of sexual touching at the Isleworth Crown Court in London.

The incident took place on a Jet Airways flight travelling to London, during which the intoxicated Manjit forcefully demanded the crew to serve him more alcohol.

Manjit aggravated his public misbehaviour by harassing a 14-year-old schoolgirl, who was travelling home with her classmates after an educational trip to Nepal.

The 38-year-old man approached the young teenager who was sitting behind him, and tried to strike up a conversation with her. He asked about her travels and discussed his fascination with Thailand’s sex culture. 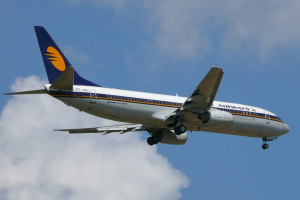 Prosecutor Rory Keane read from the girl’s statement: “The man turned his head around and asked me where I had been and said he was interested in travelling, and made references to Bangkok’s red-light district, prostitutes, transsexuals, drugs and sex.”

Alarmed by his mischievous motives, she tried to leave the conversation by putting on her headphones to watch a film. But he would not give up without making a scene.

As the drunk and aggressive Manjit stumbled his way down the aisle later on, he went up to the young girl and rested on the armrest next to her.

The girl’s statement continued to read: “He tried to stroke my head and brushed my hair away, and stroked my face and neck with his hand three or four times.

In an attempt to protect herself from further harm, the disturbed teenager reported Manjit’s behaviour to her teacher. By the time the plane reached London Heathrow Airport, the police were already waiting to take him in.

Though he was cleared of assault charges, Manjit pleaded guilty to being intoxicated in public. Prosecutor Keane gave more details of Manjit’s inappropriate behaviour during the flight to London.

He said: “He was persistent in drinking on the plane and the cabin crew attempted to prevent him having any more.

“He then tried to order drinks in the name of the passenger next to him, and when staff intervened he was abusive towards them.” 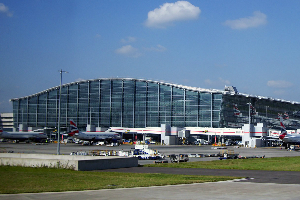 In addition to his jail sentence, the police also ordered Manjit to sign the sex offenders register for the next seven years.

The sex offenders register in the UK keeps a record of any individuals who have been convicted or cautioned for sexual offences against victims of all ages, gender and ethnicity.

This means Manjit is required by law to register with the police within three days upon his release from prison. His registration must continue with the authorities annually in the following seven years.

Manjit must also inform the police if he is going to be away from his registered address or plans to travel outside the country. Any breaches of the terms can result in criminal offence.

The sex offenders register has been in force in the UK since 1997. It serves as a means of surveillance to deter convicted persons to repeat their offences and protect those at risk.