Corrie actor, Shobna Gulati has accused the Sunday Mirror of hacking into ‘deeply personal voicemails’, which resulted in her nine-year-old son being bullied at school. DESIblitz has more.

"This wasn't in the public interest that the parentage of my child would be debated in a Sunday newspaper.”

Actor Shobna Gulati has revealed how the Sunday Mirror hacked into her ‘deeply personal’ voicemail messages and published stories that resulted in her nine-year-old son being bullied at school.

Appearing at the High Court in London on March 9, 2015, the former Coronation Street actor broke down as she recalled a front-page story that was printed by the Sunday Mirror, which questioned who the father of Shobna’s nine-year-old son was.

Her son was later bullied ‘quite extensively’ at school when other children asked him about his parents. Shobna said:

“I consider that to be salacious gossip and that affected my son, who was nine years old. At the time at the school following the Sunday he was bullied on the Monday quite extensively about who his father was.

“I’m a single mum, I live alone and I believe this wasn’t in the public interest that the parentage of my child would be debated in a Sunday newspaper.”

The actor added that her son later ran away from home at the age of 11, when another story appeared in the Sunday Mirror. 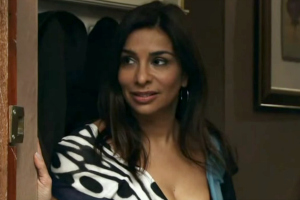 This time it reported that his mother had lost both her Corrie job and her lover, and would be appearing in I’m a Celebrity … Get Me Out Of Here!.

Shobna said: “I had just left my job at Coronation Street. I was in a very unsure position. Also my mother had been seriously ill that year. Given that I’m a lone parent he was concerned about who would look after him if I was to go into the jungle.”

Shobna had her voicemails intercepted between May 2003 and January 2006. All the information which was sensationalised by the Sunday Mirror was never revealed by Shobna publicly, but had been mentioned in her voicemails. It was reported that seven stories were published on her from the hacking.

She had never been offered I’m a Celebrity… Get me out of here!, and was not going into the jungle, but had jokingly referred to the possibility only on voicemails she left.

Gulati also claims that her relationship with her ex-partner was ruined by an argument over who leaked the information:

“I was in a very difficult position. I probably left a message begging for him to come back which wasn’t for public consumption. It was between me and him,” Shobna added.

“When the whole world was colliding and you’ve got no one to share it with – the one person you share it with is perhaps your lover at the time and those voicemails were very, very deeply personal at the time.”

“The thing that affected me most deeply and caused me most pain and trauma – and it still does to this day – is the fact that I’m still unsure as to how much of my personal life was listened to by faceless, nameless folk who I may have talked to while sitting at the Pride of Britain awards … It still leaves me feeling slightly empty inside.”

The actor admitted that the incident left her shaky. Ms Gulati accepted the Mirror Group’s apology in February 2015 but considered it ‘hollow and disingenuous’, especially since they are trying to put things right after such a long time. 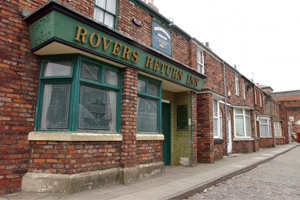 She revealed that the news reports had left her mistrustful and ‘barking mad’ and was relieved when she found out about the hacking.

Shobna played Sunita Alahan in Coronation Street from 2001 to 2006. She is one of eight high profile victims of the Mirror Group phone-hacking scandal who has pressed charges.

48-year-old Shobna who is currently appearing in Mamma Mia as Tanya in Liverpool, has presented her evidence at an inquiry. They will now decide the amount of reparation to be awarded in eight representative cases booked against Mirror Group Newspapers.