Square Enix are really offering a treat with Final Fantasy Explorers, delivering a whole different experience as the first action RPG in the series.

Prepare to explore islands filled with otherworldly crystals and defeat and destroy countless monsters in the first Final Fantasy action RPG on the Nintendo 3DS.

With multiplayer capabilities, the emphasis on beast slaying gives players the opportunity to slaughter monsters left right and centre.

Final Fantasy Explorers is looking to really set itself apart from the others in the franchise. Director, Atsushi Hashimoto, says:

“Firstly, it’s not simply an RPG, but it’s an action RPG where players can role play with the jobs from the Final Fantasy series.

“Secondly, you can battle the famous historical summon monsters.” 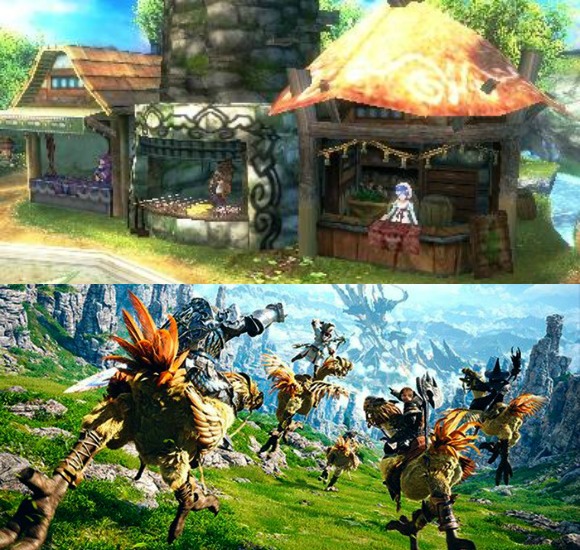 As always in RPGs, there is a home base village, and this one is called Libertus. This is where players can pick quests, change equipment, and so much more.

Once a quest has begun, players and their allies will head out to the fields. These fields will consist of various monsters to take down and hotspots to gather different materials.

Once the quest has been completed, players will return to Libertus and can use the gathered materials to create new weapons and armor.

Naturally, as players advance through the game, there will be more recipes available to create better and stronger equipment.

As a result of the improved gear, players will be challenged with tougher quests where they may encounter some Summoned Beasts to battle.

The single focus missions are also a treat. These missions can gather up to more than 100 hours of gameplay, as players cross a small area map with the goal of defeating the boss before the timer runs out. 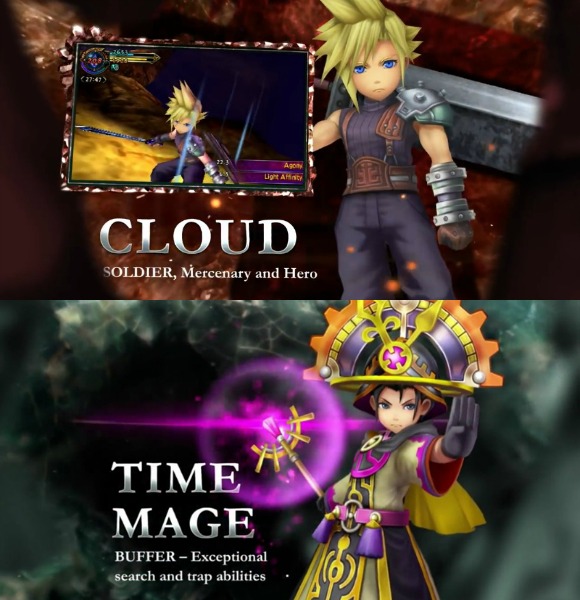 The job system makes the game super customisable.  As characters can learn up to 20 adventuring professions, and each have their own special set of skills.

On top of that, they can learn and switch between the job classes, so that players are not stuck with the professions they first choose. They can also transfer skills between classes, and rename skills and abilities.

You can also mix and match pieces of the characters armours, and create classic Final Fantasy character outfits.

By using the ‘Trance’ feature, players will be able to fight as well loved characters in previous games, such as Cloud, Luna, Lightning and many more.

Although this game can be played solo, it would be much easier and fun for the players to team up. Whether it’s with real life friends, online comrades or even trained monsters that users have captured.

Up to four players can battle it out via local or Wi-Fi multiplayer. You can assign each member of the team with specific roles, which range from ‘Tank’, ‘Healer’, ‘Support’ and ‘Damage’.

The goal being to bring monsters down in return for loot and to also battle the big boss without letting the mini monsters get in your way. 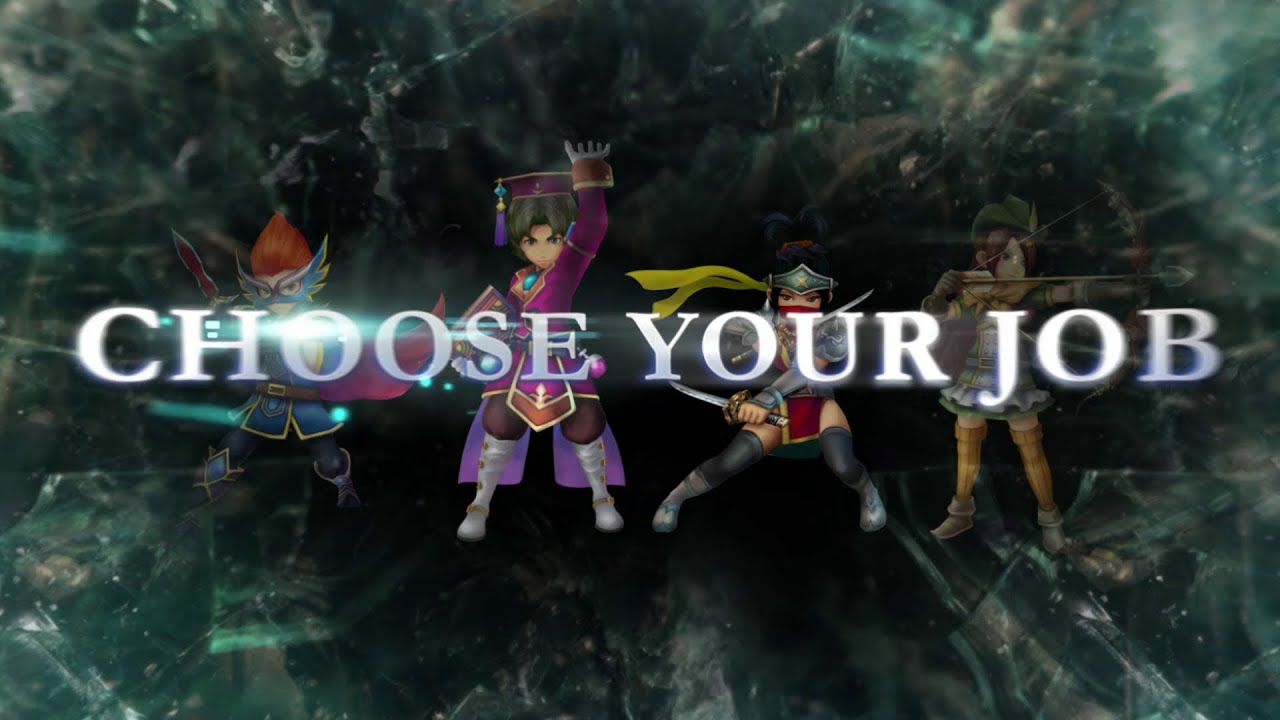 Something for players to look out for is the game’s Crystal Driver feature. Through hitting enemies in combat, players can accumulate ‘Resonance Power’, which will be seen on the top left screen.

Once players have enough ‘Resonance Power’, they will be able to destroy enemies by using the Crystal Drive for a a special attack.

Crystal Drives will vary according to the number of Resonance, where players use it and the ability selected for it. In Multiplayer, allies can support the Crystal Driver player and further enhance its capacity.

A collector’s edition will also be available, which include the game, art book, a 20-track CD sampler, a Nintendo 3DS hard case and exclusive quests and unlocked legendary Final Fantasy weapons.

This game is looking to be a real treat for players, with the super customisable options allowing everyone to really make their characters and weapons unique.

Final Fantasy Explorers, exclusive to Nintendo 3DS, will be released in the UK on January 29, 2016.

Fatima is a Politics and Sociology graduate with a passion for writing. She enjoys reading, gaming, music and film. A proud nerd, her motto is: "In life, you fall down seven times but get up eight. Persevere and you’ll be successful."
Top 5 All Electric Cars for 2016
Netflix vs Amazon Prime ~ Which is Better for 2016?