Louis Vuitton are merging with gaming in 2016 with their choice to cast Lightning of the Final Fantasy Series as the face of their ‘Series 4’ campaign.

“Lightning is the perfect avatar for a global, heroic woman"

Reality and fantasy are now combining in 2016, with Louis Vuitton’s casting of Final Fantasy heroine Lightning as the star for their spring-summer 2016 campaign.

To many, Final Fantasy is something that wouldn’t be associated with the fashion world.

However, fashion has always been integral to this game, with the clothing and fashion sense of the characters often serving as a reflection of their personality.

The possibilities are endless when merging the virtual reality world with fashion.

What better way to pioneer this, than to take a character from the cult series Final Fantasy, which has influenced and inspired hundreds of millions of players around the world? 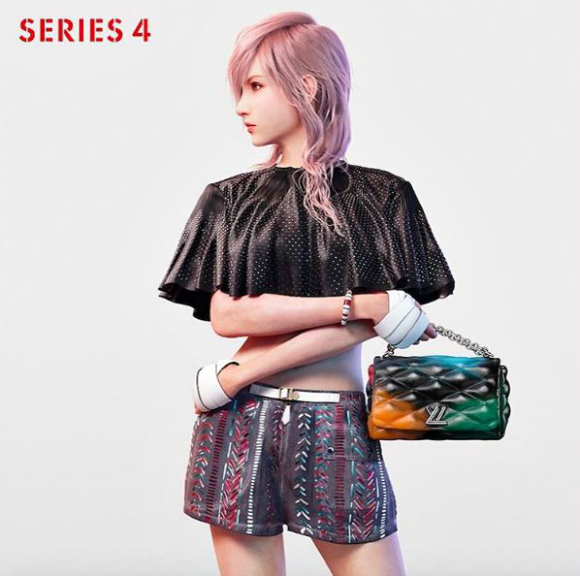 This isn’t the first time a fashion juggernaut has taken characters from video games into the world of fashion. In 2012, Prada recruited Square Enix’s characters to flaunt their collection.

“It’s clear that the virtual aesthetic of video games is predominant in this collection.”

“If we push the reflection about heroines, or what might constitute the nature of a woman whose actions can be so courageous that she becomes superior and iconic, it becomes obvious that a virtual entity integrates with the founding principles of the Maison.” 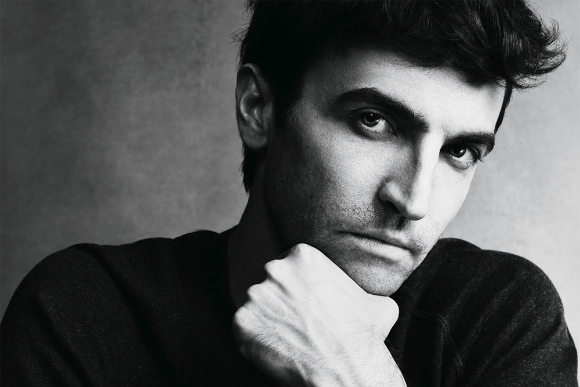 He went on to say: “Lightning is the perfect avatar for a global, heroic woman and for a world where social networks and communications are now seamlessly woven into our life. She is also the symbol of new pictorial processes.

“How can you create an image that goes beyond the classic principles of photography and design? Lightning heralds a new era of expression.”

Lightning was the main protagonist of 2009 Final Fantasy XII. She was however an absent supporting character in the 2011 sequel, and then returned to take the limelight as the protagonist of 2013’s XII Lightning Returns.

Lightning is a much loved character, and a captivating heroine.

In 2013, gamers in Japan voted her as the best female character in the whole series. 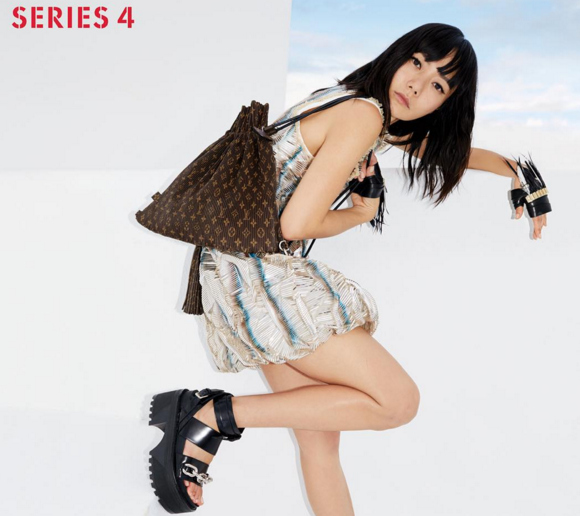 Choosing her as the face of this campaign, alongside co-stars Jaden Smith and Doona Bae was definitely the right choice. We’re all now in a new era of expression, with the digital age introducing new ways for everyone to express themselves.

Louis Vuitton are really pushing fashion into the 21st century with this unique way of producing creative fashion campaigns.

This of course brings into question: what’s next to come for the fashion world?