Indian bowler Harbhajan Singh has tied the knot with British-born Indian actress Geeta Basra in a beautiful and star-studded ceremony on October 29, 2015.

Entertaining the couple for the night were singers Mika Singh and Gurdas Mann.

Cricketer Harbhajan Singh has tied the knot with actress Geeta Basra on October 29, 2015.

The lavish wedding celebrations started with the Sangeet and Mehendi ceremony in Jalandhar on October 27.

Geeta was seen in an emerald green lehenga, accessorised with gold jewellery from head to toe.

The Indian bowler looked matching and vibrant in a pink and white outfit.

Entertaining the couple for the night were singers Mika Singh and Gurdas Mann, who were later joined on stage by Bhajji. 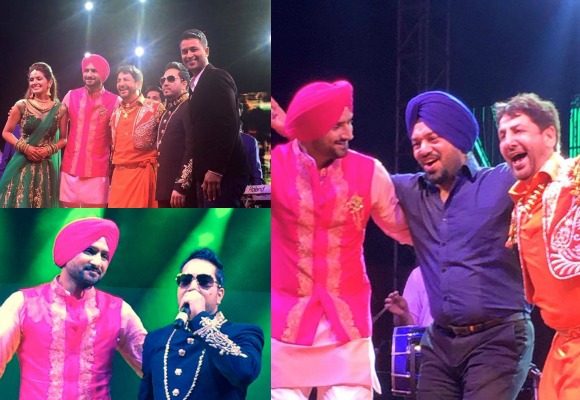 Many famous cricketers were among the guests, such as R.P. Singh, Parthiv Patel and legendary batsman Sachin Tendulkar and his wife Anjali.

Mika Singh tweeted: “Had great time in Jalandar with my bro Bhajji ..#Geeta and @harbhajan_singh were both looking so beautiful.”

On October 29, the couple exchanged vows in a beautiful ceremony with a gold, red and white colour theme. 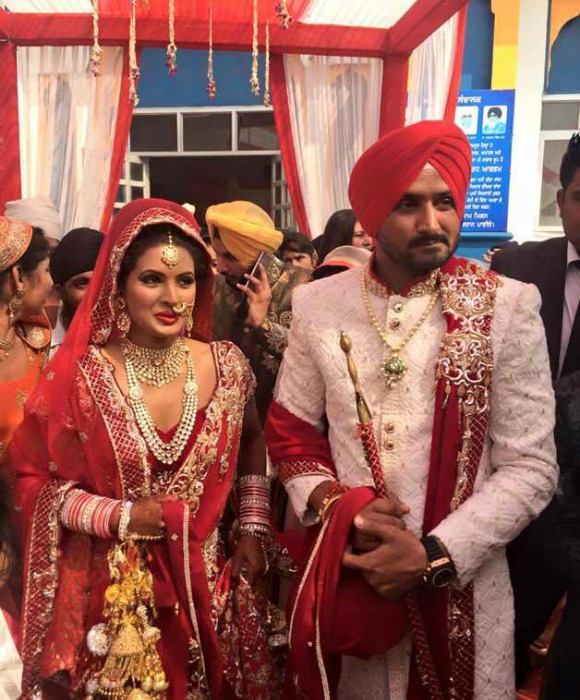 Many celebrities took to Twitter to express their well wishes for the happy couple.

Can’t bowl the dusra now buddy Stick to one line ?! Wish @harbhajan_singh and @Geeta_Basra a happy life together love u both ?????????

Bhajji and Geeta’s grand wedding celebrations will conclude with a star-studded reception in Delhi on November 1.

Not only are B-town celebrities like Shahrukh Khan and Priyanka Chopra on the guest list, India’s Prime Minister Narendra Modi is also rumoured to make an appearance!

The epic reception will most likely turn out to be a cricketers’ party, as Bhajji’s teammates like Yuvraj Singh, Virat Kohli and some from South Africa are expected to attend.

In the following years, Geeta had been spotted a few times at the same places where Harbhajan were shooting for reality TV shows, but had always insisted they were just friends.

Finally in 2012, the couple was seen more and more in various events, like concerts, parties and friends’ gatherings. 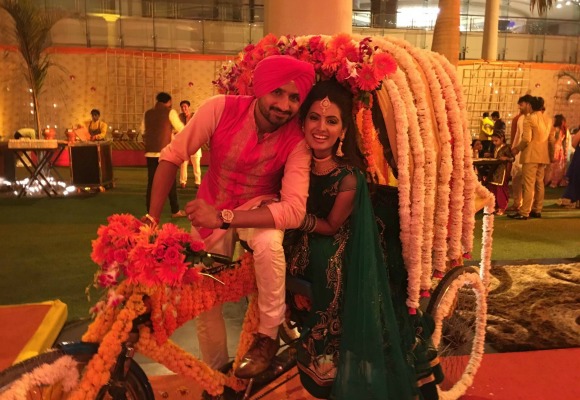 Still, they have kept their relationship low key until more recently when Geeta speaks of the Mumbai Indians bowler to the media:

“He is a very strong headed person and that shows on-screen (in matches).”

“He got success at an early age and still he is so grounded and humble. He loves his game. I want to learn that from him.”

DESIblitz congratulates the beautiful couple and wishes them a lifetime of happiness ahead!