Indian cricketer Harbhajan Singh and Bollywood actress Geeta Basra will tie the knot in a five-day celebration starting on October 29, 2015 in Punjab.

Harbhajan and Geeta may be appearing in reality TV show, Power Couple.

Mumbai Indians bowler, Harbhajan Singh, will be getting hitched with actress Geeta Basra at the end of October 2015.

The circulation of a photo of their lavish wedding invite confirms their low-profile relationship and impending big day.

Sealed in a red box, the cream-coloured invitation is imprinted with elegantly gold writings that provide details of their wedding reception

A separate invite uses a simple design and a royal red and gold colour theme, embossed with Harbhajan and Geeta’s initials.

The couple’s wedding is reportedly going to take place across five days, starting with the Sangeet ceremony on October 27 in Bhajji’s house for the cricketer’s close friends to attend.

It will be followed by the Mehendi ceremony in Geeta’s aunt’s home on the next day. 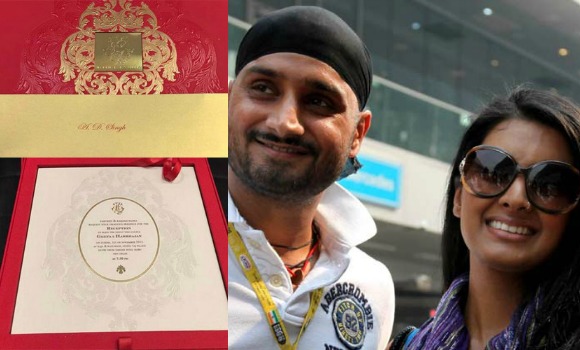 On October 29, the couple will exchange nuptials at the exotic Hotel Club Cabana in Phagwara, Punjab.

The final day will host a grand reception in Delhi on November 1, where the couple’s family and friends will put on an epic Bollywood-style musical number.

Star guests, like Yuvraj Singh, Virat Kohli, South African cricketers and B-town celebs, are expected to rejoice in one of the biggest weddings of 2015.

All eyes will be on the British-born Indian actress, donning an array of stunning designer ghagras throughout the celebrations.

Bollywood whispers suggest she will be wearing Archana Kochhar and Babita Malkani, while Bhajji is said to wear a sherwani by Raghavendra Rathore. 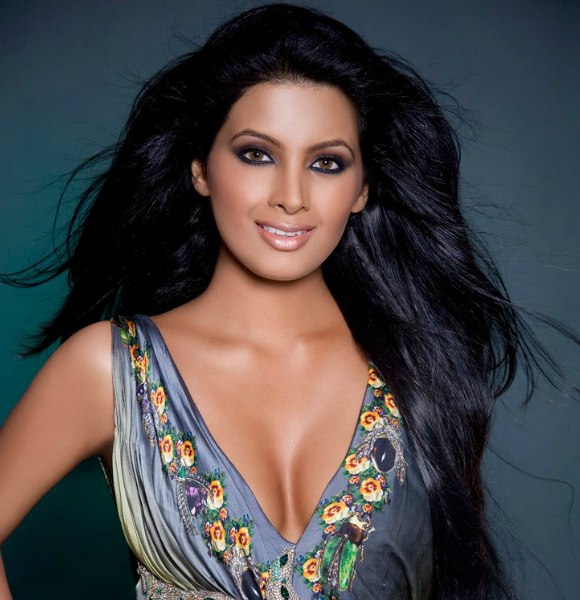 We also hear the couple may be appearing in reality TV show, Power Couple.

A source reveals: “After getting Pratyusha Banerjee and her boyfriend Rahul Raj Singh on board, the makers have approached Harbhajan and Geeta.

“If they come on board, this will be the first time they will be seen going public with their relationship.”