The second season of Indian Super League promises to be back and better, as Bollywood star Aishwarya Rai is rumoured to perform at the opening ceremony!

A pleasant surprise could be ‘Aaj Raat Ka Scene’ from her new film Jazbaa.

The second season of the all-exciting Indian Super League (ISL) is about to kick off and even better news is on the way!

The one and only Aishwarya Rai is rumoured to perform at the opening ceremony on October 3, 2015 in Chennai.

The actress’s spokesperson reportedly tells the media that she will be putting together a special performance, saying:

“She is performing at the opening of the ISL Football Tournament on October 3. It’s a medley of her songs.”

Ash is expected to pull out her hit tunes, such as ‘Dola Re Dole’ and ‘Zor Ka Jhatka’, but a pleasant surprise could be ‘Aaj Raat Ka Scene’ from her new film, Jazbaa (2015).

Priyanka Chopra and Varun Dhawan did a brilliant job in 2014 and entertained a huge crowd at the Salt Lake Stadium in Kolkata, so Ash will have big shoes to fill. 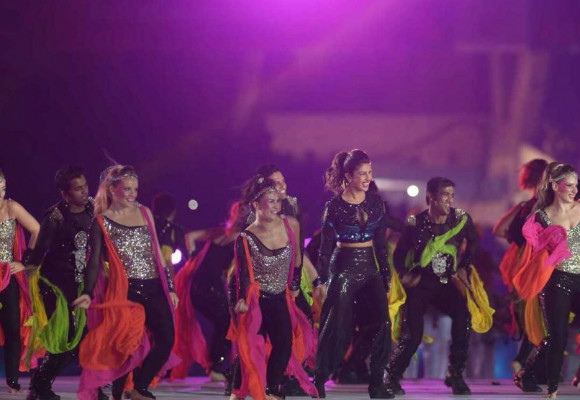 The timing of her appearance could not more perfect, as Jazbaa is set to hit screens on October 9, 2015, and fans and critics alike are already buzzing!

Having one of the most beautiful Bollywood actresses to open the ISL is going to be an incredible spectacle for viewers.

And we may have Abhishek Bachchan to thank for that, as he is a co-owner of Chennaiyin FC.

His team will be playing defending champion, Atlético de Kolkata, in the opening match at the Jawaharlal Nehru Stadium. 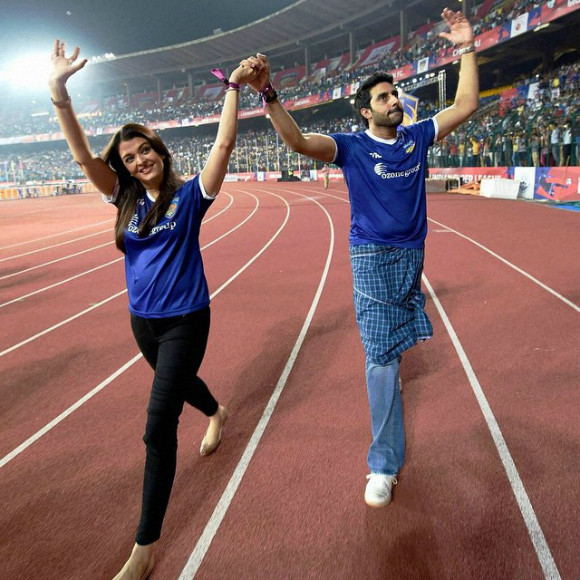 Chennaiyin had a good run at the inaugural ISL season, making it through to the semi-finals before losing out to Kerala Blasters.

The team is looking to start in good form this year, with an international line-up that features Elano of Brazil and Marco Materazzi who played for Everton before.

Get ready for the second season of the Indian Super League running from October 2 to December 6, 2015, with the semi-finals and final match scheduled for December 11 to 20.