The return of Raj Hundal ‘The Hitman’ for India in the World Cup of Pool 2015 was against Holland. Hundal shows signs of brilliance in his comeback but team India could not beat the Dutch courage.

“The balls just didn’t roll for us today, it’s just one of those things."

Raj Hundal returned to the World Cup of Pool for 2015 with the razzle and dazzle of Indian pride.

With team Qatar, causing a shock upset in the previous match, beating USA 7-5, and Germany having already lost to Indonesia, it was likely for another seeded team to go out early in the tournament.

Whilst the earlier games in the finals were played in a quieter mood, the entry of the Indian team was an ecstatic one which filled and resonated the room with the sound of Indian dhols and pyrotechnics going off to add sparkle to the event.

This was the return of Raj ‘The Hitman’ Hundal to the world of competitive pool once again, accompanied by partner Amar Kang, both wearing the pride of Indian coloured tops of orange, white and green. 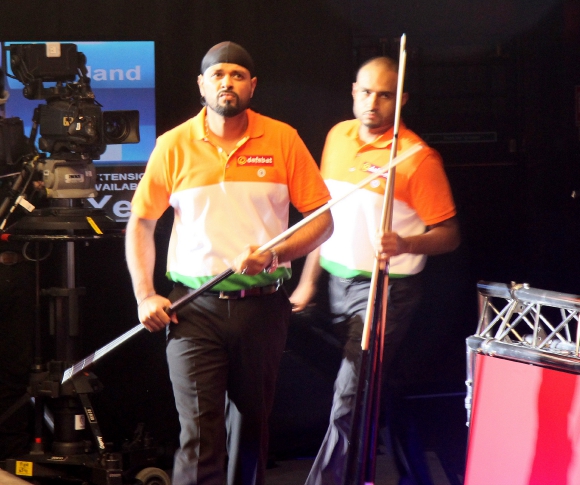 The atmosphere and support was tremendous with the room filling up with noticable Desi members in the crowd for the Indian duo who faced Holland in their game.

This game however, did not favour the Indian team as intended, but the two players still showed their mettle and determination representing India in the tournament.

Hounslow born Hundal and Californian based partner Amar Kang were slow off the blocks, managing only one shot in the first four games, all going Holland’s way. 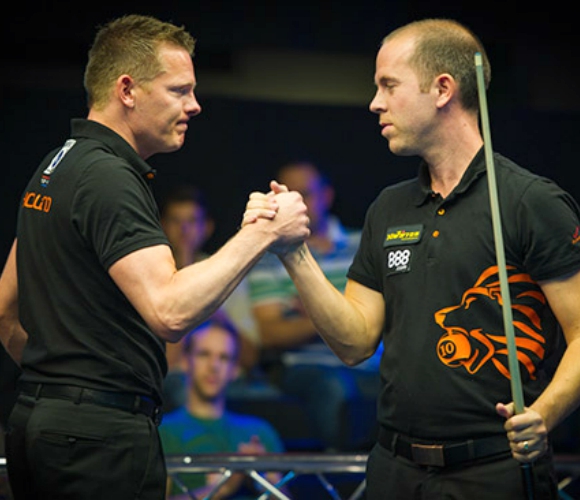 Hundal famous for his winning comebacks, showed glimmers of his trademark leading the way for India to claw back the next 3 games, spicing it up to 4-3. 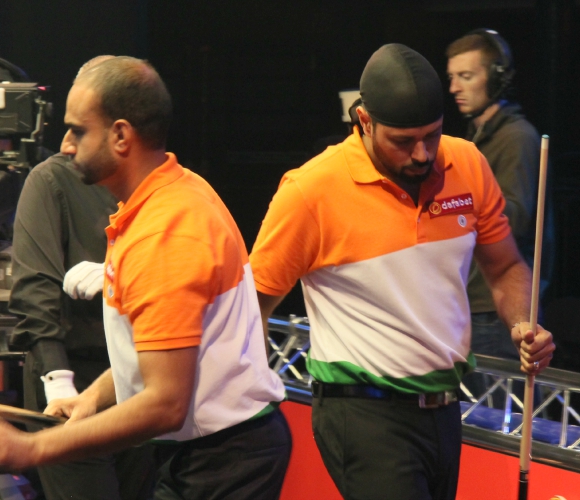 However, it was not to be India’s night as the momentum shifted back to the clinical third seeded Holland, winning the next two games comfortably.

Hundal literally threw in the towel in the tenth game, just as Feijen was about to pot the simple match-winning 9 ball.

Speaking straight after the match an upbeat Hundal commented: “The balls just didn’t roll for us today, it’s just one of those things. We just couldn’t get going at the start.” 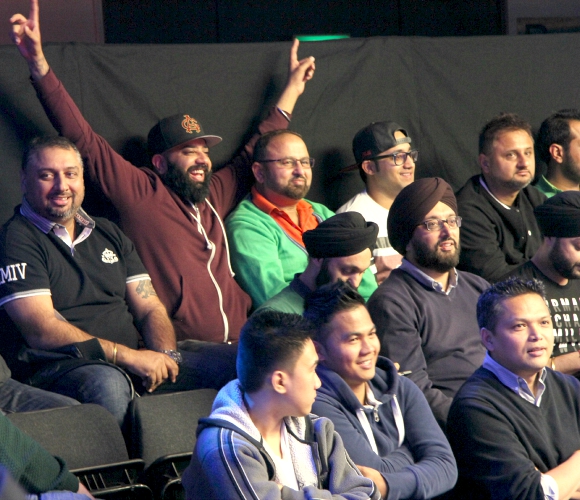 Win lose or draw, Desi fans were out in support of their local hero, making themselves vocally heard in the crowd.

With waving Indian flags, celeb friends like rapper Lisa Maffia in the crowd, and dhol players adding the true Desi touch to competitive pool, ‘The Hitman’ clearly brought an entourage that added much needed glamour and entertainment to the game. 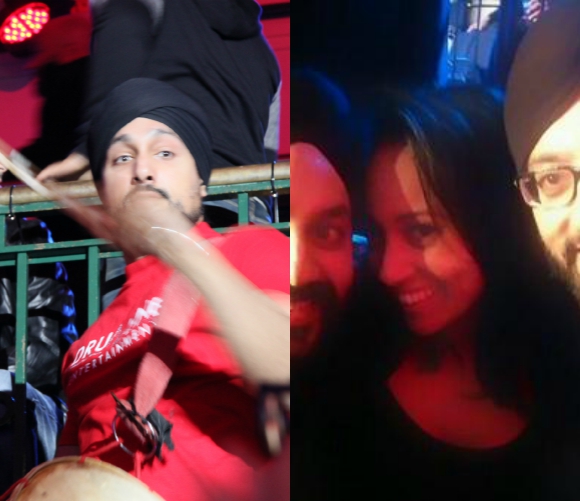 Although Hundal didn’t quite get the ‘break’ he needed to make a successful comeback on this occasion, DESIblitz wishes him and Kang all the best in the future.

Check out all the images from the World Cup of Pool in the gallery below:

Bipin enjoys cinema, documentaries and current affairs. He writes silly rhyming poetry when free, loving the dynamics of being the only male in the household with his wife and two young daughters: “Start with the dream, not the barriers to fulfilling it.”
Fawad Khan at Pakistan Super League launch
Aishwarya Rai to Open Indian Super League?