Just two months after their engagement, bowler Mohit Sharma has tied the knot with his girlfriend Shweta, in a dazzling wedding in New Delhi.

Shweta made a stunning entrance, dressed in a beige and green lehenga.

Indian cricketer Mohit Sharma has finally tied the knot with his long-time girlfriend, Shweta, on March 8, 2016.

The pair got married at Hotel Leela Palace in New Delhi, surrounded by family members and friends.

The groom dazzled his guests scrubbing up nicely in a traditional red and beige sherwani, arriving at the wedding on a horse.

Shweta made a stunning entrance, dressed in a beige and green lehenga, with traditional jewellery. 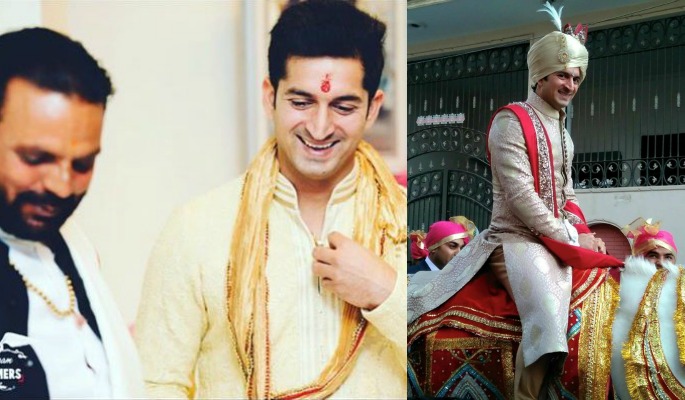 Alongside this, some of the immediate members of the Indian cricket team also made an appearance.

Hot-shot names such as Unmukt Chand and Virender Sehwag attended the wedding, as well as Parvinder Awana and Jogina Sharma.

Mohit’s cricket peers could not be happier for him, showing their support for their teammate over social media:

Many congratulations to Mohit Sharma on his wedding and all the best for his new innings with his life partner Shweta! #deserveshappiness

This continues the wedding season for Indian cricketers, with fellow sportsmen also tying the knot.

Mohit and Shweta got engaged in January 2016, and the bowler announced the news to the public through a Facebook post.

Reports suggest that Shweta is a hotel management student, and is currently pursuing her course in Kolkata. 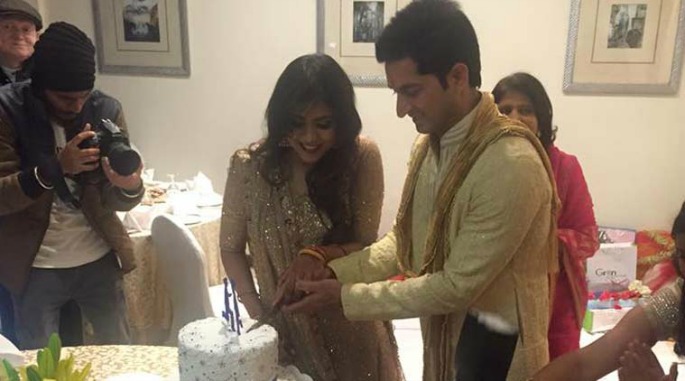 He previously played for Chennai Super Kings, which has been suspended from the IPL since 2015 for illegal betting and match-fixing.

For the 2016 season, he will join Kings XI Punjab, owned by actress Preity Zinta who also got hitched not long ago.

Currently recovering from an ankle injury, he will be missed in the ICC World T20.

Congratulations to the lovely newlyweds, and wish them a lifetime of happiness!