Indian TV star Tinaa Dattaa has broken her silence on the issue of her co-star Mohit Malhotra touching her inappropriately on the sets of Daayan.

Indian television star, Tinaa Dattaa, known for her role in Icchki in Uttaran, who now appears in Daayan, has opened up about the inappropriate behaviour of her co-star Mohit Malhotra.

Reports have circulated about Mohit inappropriately touching her which led to her to being seen sobbing on the sets of the show after the incident have been making headlines.

A source from the set said: “She finally broke down the other day because of this.”

It’s reported that Mohit showed no remorse or regret for his actions and continued with business as usual on the sets.

In addition, according to Mid-Day, it’s said the actor has been apparently misbehaving in this manner for some time with her but this time it was a step too far

He has also been known to go overboard with the intimate scenes with Tinaa in the TV show, which have been observed by the production team.

A source says that Mohit was given a number of warnings but he did not heed them and continued with his inappropriate behaviours towards Dataa, who has been made to feel very uncomfortable.

Mohit is said to have denied such behaviour and has rubbished the claims.

Whilst social media fans reacted to the reports as fake news and highlighting that “all is well” between the pair, Tinaa has decided to speak up about his behaviour and her reaction to it. 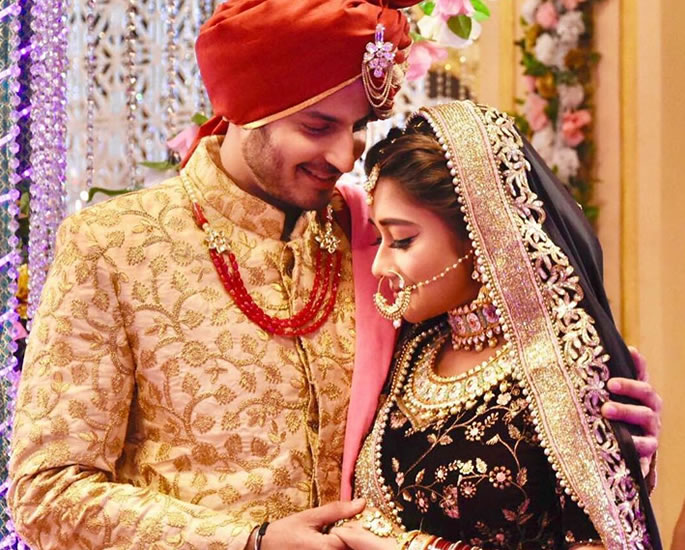 Speaking to Pinkvilla, Tinaa Duttaa wanted to set the record straight and address the speculation of the incident, saying:

“When we shoot a tv show there are lot of problems, big / small / ugly …

“I have raised my issues [related to Mohit] with the production team and they have been very supportive.

“I am thrilled to work with balaji after many years. I leave the issues with them to sort …. thanks. (sic)”

Thus, indicating that the actress has indeed endured problems causing discomfort working with Mohit Malhotra on the sets of Ekta Kapoor’s Daayan.

Prior to Tinaa’s statement when Mohit was approached regarding the incident, his reaction was of pure shock and stated that he and Tinaa shared a very good bond, denying the claims and he put out a statement on behalf of the two.

While Tinaa stood uncomfortably, Mohit said that such things never happened and highlighted his relationship with her, saying:

“She is my good friend and we share a cordial relationship.”

Hopefully, the matter will be addressed by the production team and crew to ensure that the personal welfare of Tinaa Dattaa in the workplace is a priority, whether acting or not.

Nazhat is an ambitious 'Desi' woman with interests in news and lifestyle. As a writer with a determined journalistic flair, she firmly believes in the motto "an investment in knowledge pays the best interest," by Benjamin Franklin.
Are Priyanka and Meghan no Longer Friends?
20 Best Indian Dramas of All Time To Watch