"Yes I am engaged 'cause I found a friend for life in Hazel Keech."

After weeks of rumours, Indian cricketer Yuvraj Singh has finally announced his engagement to Hazel Keech!

In true celebrity fashion, the news first broke on Twitter on November 15, 2015.

Both Yuvraj and Hazel revealed the happy occasion on social media, inviting a ton of ‘congratulations’ from B-town.

Actors Abhishek Bachchan, Riteish Deshmukh, Sonam Kapoor and Sophie Choudry could not be happier for the couple. 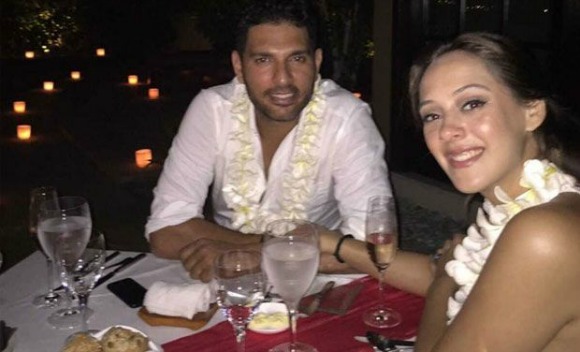 Popular singer Jazzy B says: “All the best bro. Welcome to our league.”

Harbhajan Singh, who recently got hitched, takes the opportunity to ignite more wedding rumours in the cricket world:

Yes, its true, im getting married to @YUVSTRONG12 Im so thankful to have found such an amazing person #shazam pic.twitter.com/qpe9yCe3Xk

Yes I am engaged ?cause i found a friend for life in @hazelkeech as mom says a reflection of her ???? pic.twitter.com/dPI2H9EE6C

Despite keeping a low profile, they were both at the wedding reception, fuelling rumours of their impending wedding scheduled for December 2015.

Yuvraj’s father, Yograj Singh, is happy that his son, 34, has found true love in the 28-year-old former Bigg Boss contestant.

He said: “I was introduced to her by Yuvraj and she is a very nice girl.

“I am confident that marrying her will change his fortunes and he will return to the national squad. He definitely has it in him to represent India.” 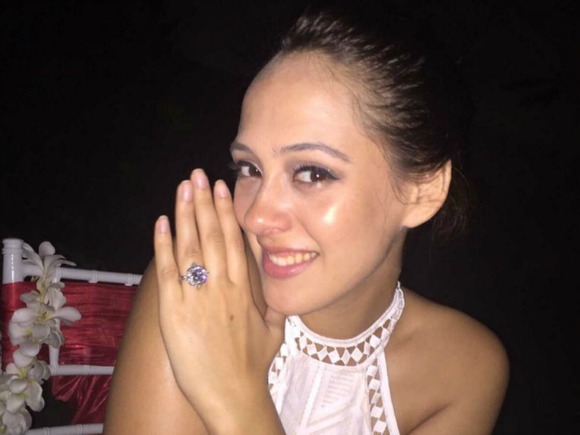 We hear the wedding may be taking place in February 2016.

Many congratulations to Yuvraj and Hazel!