Ranveer Singh will no longer be associated with Durex. However, rumours have suggested that he has cut ties because he is married.

Ranveer was the first mainstream actor to endorse a condom brand

Ranveer Singh will no longer be the brand ambassador for condom brand Durex. They have parted ways after five years.

According to reports, Ranveer’s contract with Durex’s parent company Reckitt Benckiser ran down until it expired and there were no plans to renew it.

A source close to the actor confirmed the news and said: “Both agreed to part ways amicably.”

There has been speculation about the reason for Ranveer no longer endorsing Durex.

Ranveer’s high fees for the endorsement may be why the partnership ended but Ranveer’s marital status might have had a bearing on the decision to end the association.

Ranveer was the first mainstream actor to endorse a condom brand and he was responsible for boosting the market share in India.

One of Ranveer’s most popular marketing campaigns was the ‘Do the Rex’ advertising campaign. It made the brand hugely popular among the youth.

It helped Durex come out of its elite positioning, along with the ‘Durex Jeans’ that he was also part of. 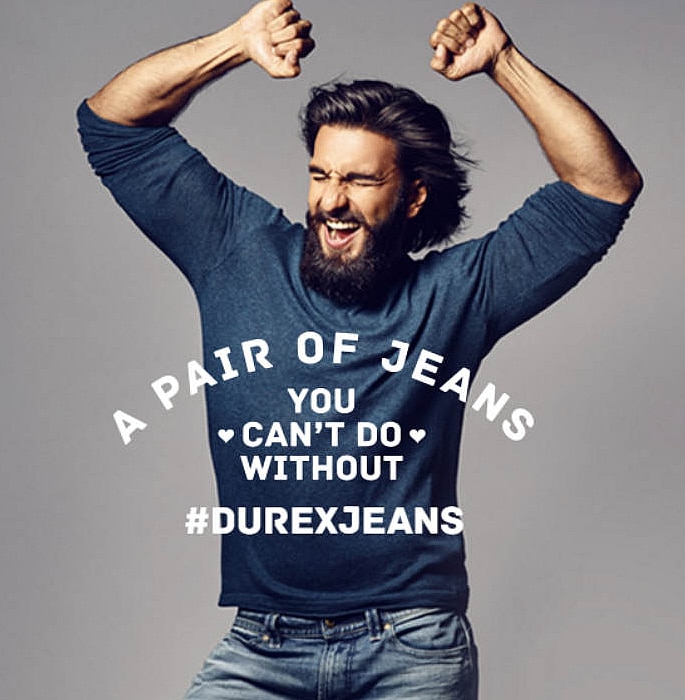 When Ranveer first came on board, he said that he had already declined several lucrative endorsement offers. He said:

“Over the past three-and-a-half years that I’ve been a part of the Hindi film industry, I’ve declined several tempting endorsement offers.

“I’ve been saving my brand virginity for the right one.

“And now, finally, I’m popping my cherry with the world’s leading brand in Sexual Wellbeing – Durex!”

While it has been suggested that Ranveer’s marriage may have had to do with him cutting ties with Durex, the brand congratulated him when he got married.

Ranveer married Deepika Padukone in an intimate ceremony in Italy on November 14 and 15, 2018.

Following their wedding, Durex congratulated the couple with a cheeky tweet which read:

“We’ve got you covered. Congrats Deepika & Ranveer for officially putting a ring on it.”

Ranveer’s departure comes as a huge blow for Durex, but they reckon that they have the strength to bounce back.

Harish Bijoor said that the brand will find its next star sooner rather than later. He said:

“No star is indispensable to brand. Even this shall pass on to an abler hand.”

On the film front, Ranveer is getting ready to play the role of cricketer Kapil Dev for ’83, which tells the story of India’s historic win at the Cricket World Cup.

The actor has also launched his own record label which is aimed at finding rap and hip-hop talent in India.

Dhiren is a journalism graduate with a passion for gaming, watching films and sports. He also enjoys cooking from time to time. His motto is to “Live life one day at a time.”
BritAsia TV Punjabi Film Awards 2019 – Winners & Highlights
Sunny Leone says US Indians have a Backward Mindset