Ranveer Singh has cut off his beard and moustache, which he calls his “prized possessions”. He broadcasted the moment on Instagram Live.

"I definitely don't have the budget for Deepika Padukone!"

Ranveer Singh has done the unthinkable – he has cut off his facial hair! To be more precise, he has cut off the tips of his famous curly moustache and his long beard.

The actor broadcasted it on Instagram Live, where fans could watch the moment for themselves. In fact, over 33,000 Instagram users tuned in!

Ranveer cut off his beard and moustache on 12th July 2017. He began the live stream with a slow build-up and introduces the stream by explaining how he has grown “very attached to [his] facial hair”.

However, he decided now marks the time for a new look, meaning his beard can no longer stay. He then holds up a pair of scissors and explains how he will cut the tips of his moustache and beard off in the video.

Soon enough, the actor begins the task, noting how “anxious” he feels. He begins with the moustache, cutting off the curly tips that have become iconic in Ranveer’s look.

After each snip of the scissors, you can easily hear how Ranveer feels so shocked that he’s cutting off his own beard and moustache. Surely, many fans will feel the same.

However, the actor mentions one person that will be happy with the decision: Deepika Padukone. On the stream, Ranveer mimics her cheering, yet also adds that for him it feels like “chopping off [his] own body part”.

But why has the Bollywood actor taken such a drastic decision?

Prior to the stream, he had shot scenes of the character in older age, meaning he could keep the facial hair. But the younger role means a drastic change.

After the moustache and beard are cut off, the actor casts a solemn look as he requests “tender, love and care” from his fans. While he revealed that he would buzz the rest of his facial hair off, away from Instagram Live, Ranveer later uploaded a video of the moment.

However, despite many fans thinking he would go for a clean-shaven look, it appears he has simply shortened his beard and moustache. The actor also shared a ‘before and after’ image of his new look. 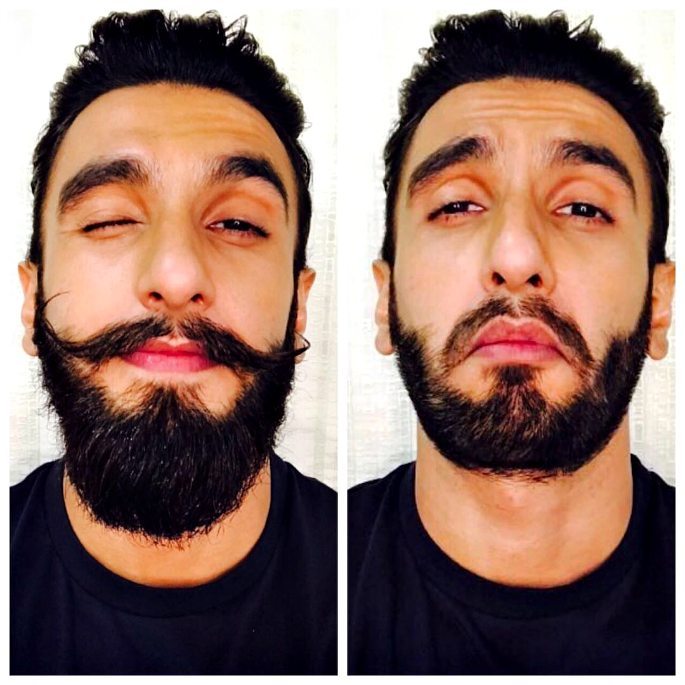 Ranveer Singh certainly looks disappointed to have parted with his curly moustache and his long beard. However, the results show a perfect, neat trim which still suits the actor.

We wonder if Deepika Padukone will be pleased with the results!