Why Indians are Dying because of the Delhi Smog

What do Delhiites and Prince Charles have in common? Pollution has plagued their cities but the Delhi smog looks to continue to hurt the most vulnerable.

Do you consider yourself to be a smoker? Well, if you’re living in Delhi, it doesn’t matter what your answer is. For both adults and children, breathing Delhi’s air is now the equivalent of smoking 45-50 cigarettes a day.

A toxic smog has hung over the city for several days, leading to the capital declaring a pollution emergency.

People have complained of headaches, coughs and burning eyes. Everyone has felt its effects from celebrities to children.

A large proportion of Northern India and even Lahore in Pakistan are similarly suffering. But as the fifth most populous city in the world, Delhi’s government is responsible for many lives.

This isn’t the first time this has happened. Indeed, DESIblitz examined the issue last year.

However, the worsening of the Delhi smog begs the question what is being done to reduce the capital’s pollution?

After all, Britain has shown it to be possible. The Great Smog of London is today mostly mentioned in reference to fashion brands while Londoners breathe easy.

If London can get rid of its Big Smoke, can Delhi do the same?

What are the Causes of the Delhi Smog?

The dense population suffers in one of the most polluted cities owing to the number of coal-fired power stations, diesel engines and industrial emissions.

According to a study in 2015, vehicle emissions, industrial pollution, domestic fuel burning and road dust are the principal factors of the city’s emissions.

Because of this, pollution levels have reached past almost 30 times the World Health Organisation’s limits. That said, it’s not the most polluted city in the world, falling behind the holder of first place, Iran’s Zabol.

Recent events like Diwali have worsened the problem as well as farmers illegally burning crop stubble in northern India.

It’s easy to blame the crop burning in Haryana and Punjab, but air quality naturally deteriorates around this time of year. During a process called inversion, colder air traps pollutants close to ground level rather than allowing them to disperse into the atmosphere.

Nonetheless, reports look at how biomass burning contributes to the 17-26% of particulate matter in the winter air.

Even if vehicle emissions are a more consistent issue year round, the combination of these various factors appears to be the cause of Delhiites’ winter misery.

In response to the Delhi smog, authorities are restricting vehicles like lorries from entering the city and are limiting private car use. But is this enough? 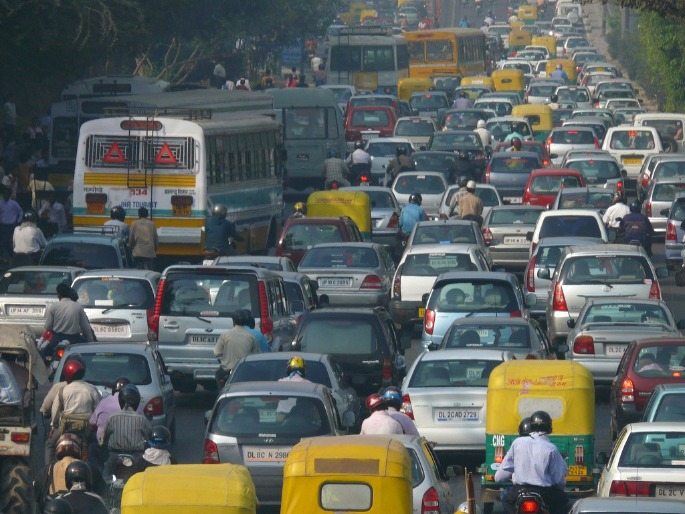 What are the Consequences of the Delhi Smog?

Vehicle restrictions are crucial owing to the low visibility in the city causing accidents. For instance, there was a 24 vehicle pile-up on the Yamuna Expressway.

Other forms of transportation are no better with cancelled flights and train delays.

However, more significantly, the Delhi government’s health advisory cautioned those with asthma and lung conditions.

There has been a spike of fresh cases of breathlessness, chest problems, dizziness and eye irritation as well as health complications in patients with a history of asthma, allergies or similar conditions for doctors.

Despite this, the worst is yet to come. The current levels of pollution are a long-term killer with the continual exposure to toxins shortening lives.

As Indians on Twitter pointed out, India’s worst smog in 17 years would have been familiar for the visiting Prince Charles.

"Ah Blimy, I love The Smoke!"
After all, we couldn't let the guests feel home-sick. https://t.co/8H3V4Woccf

Revenge for the British Raj….send them to Delhi, where they can't breathe https://t.co/WX4VnOtpPv

But in spite of the dark humour, there isn’t much to find funny about the long-term effects for Delhiites. This “gas chamber” signals lifelong health problems for residents, particularly the homeless.

Health warnings have advised residents to stay inside, but of course, many don’t have this option.

A 2015 study found 2.51 million people died prematurely due to diseases linked to air, water and other forms of pollution.

The intensity of the current smog has publicised the issue of pollution. Nevertheless, the approximate 16,000 homeless Delhiites face exposure to Delhi’s regularly high pollution levels.

It’s saddening to consider the effects of the current Delhi on these most vulnerable, including children.

What are the Current Measures to Deal with the Delhi Smog?

The government has ordered the closure of schools to protect their approximately five million pupils.

“Due to the deteriorating air quality in Delhi, the health of children cannot be compromised. We have ordered the closure of all the schools in Delhi until Sunday.”

The Chief Minister, Arvind Kejriwal proposed other additional actions including the shutdown of the coal-based power plant, Badarpur. The plant will remain shut in the long-term, owing to its age and highly polluting nature. Indeed, many are already in favour of its permanent closure.

Moreover, there has been a ban on construction, demolition work and on all diesel generators, except for hospitals and emergency services.

Most significantly, odd-even car rationing is set to return after last year’s experiment. The government believes that this will help reduce vehicle pollution by 50% as well as traffic.

Unfortunately for the government, the National Green Tribunal found exemptions for female drivers and two-wheelers “illogical”, leading to its cancellation.

Similarly many have taken to wearing pollution masks in an effort to protect themselves, including Bollywood stars like Parineeti Chopra and Varun Dhawan. But there are plenty who are unable to buy an effective one or one at all, highlighting the inequality of Delhiites even in a health crisis.

.. we cannot be doing this to our planet .. #choked #delhismog pic.twitter.com/xHk3PSn1SG

I have clicked this selfie to show you guys what actual smog looks like. I don’t want to preach I am equally to blame for this mess as most of the citizens of our great country, but now instead of blaming each other and the government let’s change. It’s time we go green. #delhichokes

But with reports that these temporary measures have had little effect, are we closer to combatting the Delhi smog? Could we see a repeat next year?

What Measures are Necessary for the Long-term? 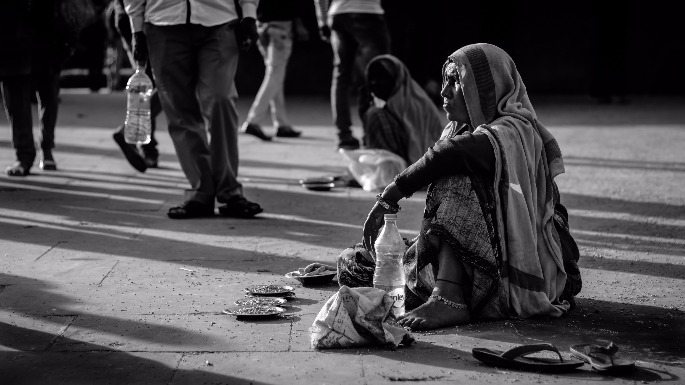 On an individual level, households can use LPG and stop using wood, crop residue, coal and cow dung for cooking.

Then working together to create better collection and disposal of solid waste can improve the situation. Currently three of the functional landfill sites, Okhla, Ghazipur and Bhalswa are inadequate to handle the 8,360 metric tonnes of rubbish generated in Delhi per day.

Above all, there are alternatives to crop burning to clear fields for the quick turnaround to plant the winter crop of wheat.

Innovative seeding machines on tractors can simultaneously uproot the stubble left from rice crop and sew wheat seeds. This technology then uses throws this stubble over the land to create a mulch cover, which reduces the loss of useful nutrients to burning.

Alternatively, farmers could instead convert the undesirable paddy stubble to bio-energy pellets.

Of course, there is a cost to this. But, rather than financially penalising debt-ridden farmers, incentivising such alternatives can help.

It is clear that to feed modern India, farming methods need to continually modernise too.

Delhi is one of India’s oldest cities and has rapidly modernised into a great metropolis. Yet, in lacking basic protections for its citizens when it comes to health, perhaps it is still on its way to becoming the New Delhi that was intended.

A modern city promises a certain aspirational lifestyle, the chance to hope for a better future. For Delhi’s many homeless, this must feel like a far-off dream, but its other citizens ultimately lose out too.

Some Delhiites may be eating healthily, exercising regularly and making an effort to look after their well-being alongside those who don’t. Many are probably even paying a premium for access to gyms, high-quality food, or supplements for themselves and their children.

But regardless of which group you belong to, the capital’s pollution will undo any efforts. People have lost years, even decades owing to pollution’s harmful effects.

Numerous other cities have faced this issue and dealt with it successfully like London, Los Angeles and Beijing.

It’s clear that Delhi needs to do the same to protect its residents, especially those most at risk. Maybe then, it will truly become the wonderfully modern city it aspires to be.